The Insurance Regulatory and Development Authority of India (IRDAI) is considering a proposal to make insurance frauds a parameter for calculating credit scores in an attempt to put a lid on the increase in such activity. 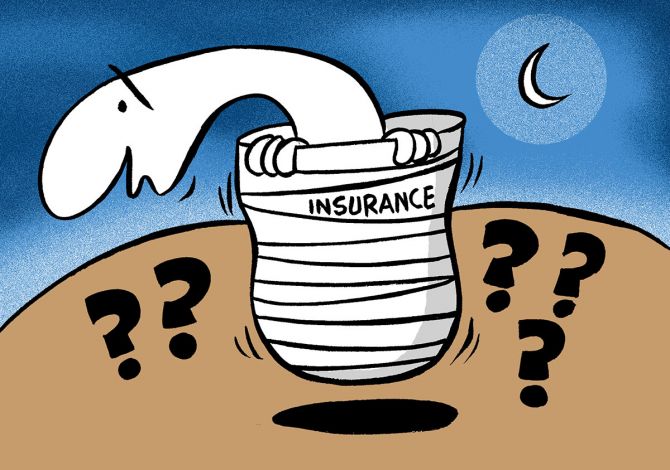 The proposal, which is a part of the recommendations made by a working group formed by Irdai and the General Insurance Council, suggests that insurance frauds should feature when the risk profiles of individuals are evaluated and should be used to calculate their credit scores.

A poor credit score can deprive a person of financial services such as loans and credit cards, and deter him from indulging in fraud.

While making a case for this proposal, the working group said a fraud attempt on an insurance company can be replicated with other financial institutions, too.

This has prompted insurers to jack up premiums for customers to offset such losses, the working group has said.

With increasing insurance penetration in the country, and the government’s push to insure every citizen, fraudulent and suspicious activities have increased phenomenally, and need intervention, the working group added.

These require an insurance company to become a member of at least one credit information company.

Insurance companies, along with other credit institutions, will be required to provide information and data relating to their borrowers or insurance fraudsters to the credit information company.

The proposed amendment also requires credit institutions and insurance companies to update such information on a monthly basis and ensure that the data provided is accurate.

In the case of individuals and entities, the proposed amendments require credit information companies to collect details of borrowers’ accounts such as credit limit, outstanding balance, repayment history, amount and period of default, primary or collateral security taken, as well as details of insurance fraudsters such as policy, premium, agent, intermediary, loss assessor, hospital or garage, or any other person involved.

It has also been proposed that KYC be done for all customers of general insurers while issuing policies, which would help in risk profiling and strengthening due diligence.

However, KYC is sought to be allowed electronically, considering the volume, spread, and coverage of insurance products.

This would also necessitate simplifying and strengthening the network and processes prescribed for e-KYC or Aadhaar-based authentication.

Incorrect declarations at the time of buying policies and false or inflated claims are usual areas of fraud, said Deepak Godbole, secretary general at the Insurance Institute of India.

Some studies show that globally, around 10 per cent of the premiums are said to have been lost due to frauds, Godbole added.

“It could demotivate fraudsters from doing wrong things at the insurance claim stage, as any such information recorded could adversely impact his/her capacity to raise money at lower cost or block access to bank credit,” Godbole said.

Insurance companies have been undertaking strict due diligence after experiencing various types of frauds, and this would add a further check through a unified database that will help them profile risk better, said Suvendu Prusty, co-founder of insurtech start-up Riskcovry.

“Another parameter that can be linked with credit score is assessing risk management attitude of customers by categorising them as ‘risky’ when they skip renewing their policies,” Prusty said.