(CNN)International Olympic Committee member Dick Pound says he believes the Olympic Games will go ahead this year and says the option of canceling the event is “essentially off the table.”

Speaking to CNN’s Selina Wang, Pound insisted that all indications suggest a “bubble” around those participating in Tokyo can be maintained but he stopped short of guaranteeing that it will be completely safe amid the pandemic.
“Nobody can guarantee anything. I mean, let’s be reasonable on that,” he said.

“But all the indications are that the bubble can be created and maintained and daily, or whatever the frequency of tests will be, will identify any indications that there may be some people having the virus that are there. They’ll be put into isolation right away.”

Earlier this year, Pound — who is the longest-serving member of the IOC — put the likelihood of the Games going ahead at about 75% but now says the probability is much higher, with experts learning more about the virus everyday.

“None of the folks involved in the planning and the execution of the Games is considering cancellation,” he added.
“That’s essentially off the table. Whether there’s some huge event of some sort that we can’t anticipate that might intervene in the next 60 days, who knows.”

READ: What could happen if the Tokyo Olympics get canceled? 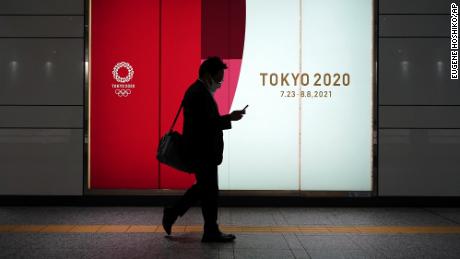 Tokyo 2020: High ranking Japanese official does not rule out cancellation of Olympics amid Covid

‘A beacon of hope’

Despite the IOC remaining resolute in its convictions, frustration is growing within the Japanese public who are wary of hosting thousands of people from around the world while the country is still struggling with the virus.
Japan is currently battling a fourth wave of infections and there is mounting pressure from health experts and business leaders to call off the Games.
Earlier this month, the Tokyo Medical Practitioners Association, an organization of about 6,000 doctors in Tokyo, penned a letter calling for a cancellation, while a petition which garnered 350,000 signatures in nine days in support of a cancellation has been submitted to organizers.
But Pound said staging the Games in a little less than two months will be a symbol of hope for the world after such a difficult year. 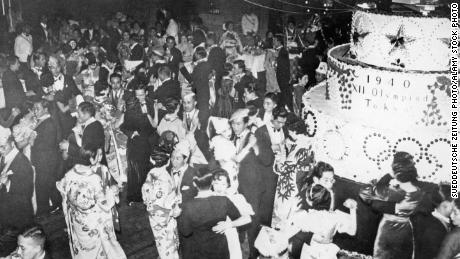 “The hope is that that despite all these difficulties — and that they are numerous and huge to be sure — if we can pull off an event of this nature, without any significant risk, and bring everybody in the world together in something that has always been a beacon of hope and achievement in a difficult world, it will have been worth it,” he said.
Organizers have encouraged those competing in the Games to get vaccinated ahead of traveling to Japan and have published a “Playbook” of Covid-19 protocols and restrictions.
IOC president Thomas Bach says the main focus is now on delivering the sporting spectacle as safely as possible.
“We are entering the final lap ahead of these postponed Olympic Games. Just like the athletes who are preparing for these Games with so much concentration and focus, we are also getting ready for this final sprint,” he said on Tuesday, speaking at the virtual International Federation Forum.

“In this final stretch, our top priority continues to remain on organizing a safe and secure Olympic Games for everyone – the athletes and all participants as well as our gracious hosts, the Japanese people.”
“This is why, together with all our Japanese partners and friends, we have put in place comprehensive Covid-19 countermeasures to ensure that the athletes of the world can come together in a safe environment for everyone. ”