Tata Group-owned Air India has informed the Centre that aircraft lessors wish to set up their special purpose vehicles (SPVs) outside India since they aren’t enthused about the Indian ‘legal structure’ and are loath to take risks. 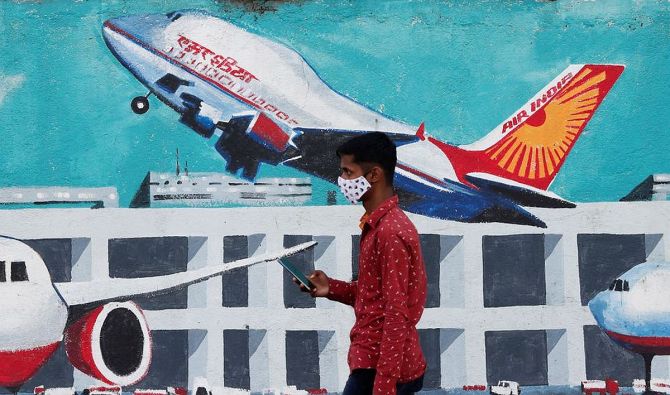 Indian airlines have a combined fleet of about 700 planes; over 85 per cent are on lease.

A majority of lessors are based in Ireland due to its attractive tax policy, light-touch regulations, and swift legal system.

The lessors have been apprehensive about the Indian legal system seeing that courts here take anywhere between a few weeks to a few years to resolve cases related to repossession of aircraft.

For that reason, contracts signed between Indian carriers and lessors are governed by other laws, primarily the British law, where the legal system is quicker.

Moreover, while India is a signatory to the Cape Town Convention and Protocol — an international treaty to resolve the risks for aircraft lessors and financiers — it has not passed a law yet to implement it.

“Lessors are comfortably settled in Ireland and Singapore.

“There is no reason for them to shift base (to India),” Air India Aircraft Leasing head Shreyans Jain stated at a closed-door workshop, jointly organised by the ministry of civil aviation, Gujarat International Finance Tec-City (GIFT City), and industry body Federation of Indian Chambers of Commerce & Industry on September 23.

The workshop was organised to put in place ‘the essential tax and regulatory elements’ to create an ‘indigenous aircraft leasing and financing ecosystem’ at GIFT City in Gandhinagar, Gujarat.

According to Airbus, 2,200 aircraft worth $250 billion are coming to India in the next two decades.

“Lessors are not comfortable with the (Indian) legal structure.

“They want to set up an SPV outside India,” said Jain, adding that “lessors are not willing to take risks”.

Statements given by Jain and others at the workshop were noted in an official document titled Discussion Points, which Business Standard has reviewed.

International Financial Services Centres Authority (IFSCA) general manager Ashutosh Sharma admitted at the workshop that the concern around the “new jurisdiction and documentary/legal risk has been holding back lessors from doing business at GIFT City”.

The IFSCA regulates the financial institutions present in GIFT City.

Air India did not respond to queries on this until the time of going to press.

Air India chief executive officer and managing director Campbell Wilson had on November 19 stated that the carrier had leased 30 planes that will be delivered in the next 12 months, and was in deep discussion with aircraft manufacturers like Boeing and Airbus, as well as engine manufacturers for a ‘historic’ order of the latest-generation aircraft.

“At the risk of gross understatement, the investment will be substantial,” Wilson had observed.

Indian carriers by and large buy planes from aircraft manufacturers under a sale-and-leaseback model.

Under the sale-and-leaseback model, the airline sells its planes to a leasing company and then leases them back.

This frees up cash that the airline had spent on buying the aircraft.

Nitin Sarin, managing partner, Sarin & Co, said there seems to be apprehension among aircraft lessors “due to the unpredictability (of time required in court), because of which the lessors will either refuse outright to sign the contract (giving complete jurisdiction to only Indian courts) saying it is too risky or will price the credit (lease rental amount) in a manner that they have some way to be compensated for that uncertainty”.

Sarin said a majority of all transactions that happen for high-value assets, such as aircraft, are governed by British or other law, and the relevant courts are the British or other courts.

There is a perception that if you go to England and file a case there, you will in all probability get a judgment within a few weeks whereas, in India, it is likely to take a few months to a few years, he noted.

“It is the perception of speed at which justice is imparted,” he added.

“Another reason is that in most structures, lessors themselves are not putting their own money to buy aircraft.

“They, too, have to arrange finance for these assets (aircraft).

“They are to a large extent dictated by their financiers because a substantial percentage of the money is from the US or other markets,” said Sarin.

If they are financing the asset, financiers will want the agreement signed with airlines to be governed by British law because that is what lawyers in New York and London are proficient at, he added.

Since India has not passed a law to implement the Cape Town Convention and Protocol, lessors often repossess aircraft from Indian airlines at the slightest inkling of financial distress.

In 2019, Avolon — a Dublin-based lessor — pulled out seven aircraft of Jet Airways in one month since the airline had started defaulting on bank debt.

Lovejeet Singh, partner, Chandhiok & Mahajan, said a Bill was introduced in the Indian Parliament to implement the Cape Town Convention in 2018.

Subsequently, a new Bill was introduced in April this year. However, the Bill has not been implemented yet.

“Ironing out the chinks could potentially reduce leasing costs as interest rates may go down.

“Typically, higher interest rates are charged by lessors in India, given the uncertainty around the legal environment,” said Singh.

GIFT City is considered a ‘foreign soil/jurisdiction’ for regulatory purposes, he mentioned.

“Since GIFT City is located within the territorial borders of India, Indian courts will have the jurisdiction.

“Repossession of aircraft is a concern for lessors as the jurisdiction of Indian courts may be invoked for various reasons at the time of retrieval of aircraft,” added Singh.

By the end of March next year, about 60 aircraft are expected to be leased out of GIFT City.

However, none of these would be narrow-body aircraft like the A320neo/B737 or the wide-body ones like the A350/B787 that were used on commercial routes in India.