Taking advantage of a Russian offer to sell its crude oil cheap and bear the cost of insurance and transportation, India may import as much as 2 million tonnes (mt), or roughly 15 million barrels of crude, from the sanctioned nation in 2022, Business Standard has learnt. 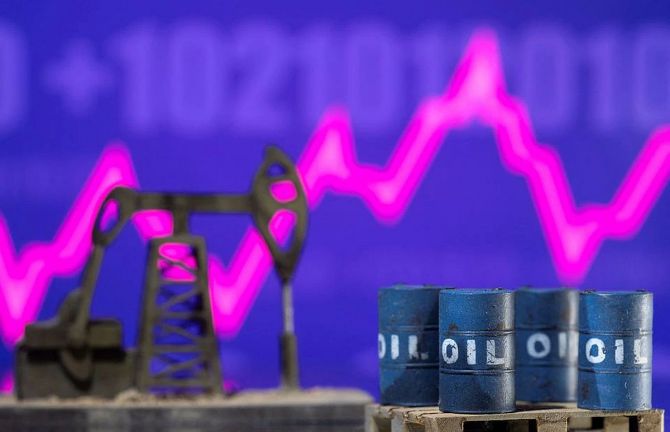 This comes after reports that Indian Oil Corporation (IOC) bought 3 million barrels of Russian Urals from trader Vitol for May delivery.

This will be on cost, insurance and freight (CIF) model, where the seller incurs the costs and pays the freight, including insurance charges.

Although the contract for 2 mt was signed between IOC and Russian oil major Rosneft in December 2021 during the visit of Russian President Vladimir Putin to India, that was on a free-on-board (FOB) basis.

Given the current geopolitical situation and Russia’s need to find new buyers in the face of sanctions, it will be delivered on CIF basis.

This is similar to that of its transactions with Iran during sanctions.

Although the current model dynamics are yet to be finalised, the transactions are likely to be in rupee or ruble terms.

“This provides an opportunity for us to reduce our import bill.

“Like any nation, India has the right to buy crude or other commodities from the cheapest source available.

“While most of our requirements are through long-term contracts, we have taken advantage of cheap spot market prices of Russian crude,” said a senior government official.

This will mean India’s crude import from Russia may increase from 0.6 per cent of the basket to around 3 per cent now.

“The current model will be based on delivery at our ports, not on FOB basis.

“We may be going for the entire contracted quantity,” said a second official aware of the developments.

Sources added that getting Russian oil on a delivered basis will ensure there are no complications related to fixing vessels and war insurance premium for Indian buyers.

They confirmed that Russia has not offered any other major discount other than supplying crude cheaper and on a delivered basis.

Based on the FOB mechanism, it is the buyer who charts a vessel and lifts the crude from a terminal in the producing country and also pays for the cost of shipping the crude.

On the other hand, the CIF model is the one that India used to do its crude transactions with Iran since sanctions started.

IOC first entered into a deal with Rosneft in February 2020, as a strategy to diversify its crude basket, which was heavily dependent on West Asia.

This deal was renewed last December for supplying crude through the Black Sea port of Novorossiysk.

The 2020 deal was also to import around 2 mt crude through Novorossiysk.

Based on the deal, although the company could have purchased around 1.7 mt of crude oil in 2021, it bought only a single parcel since the cost of importing crude from Russia was not viable for India, compared to that of its main source — West Asia.

Reports indicated that IOC did not see any problem in paying for the cargo since oil as a commodity is not banned and it was not dealing with a sanctioned entity.

The US said on Tuesday that India will not be violating US sanctions by purchasing discounted Russian oil, but added that such a move will put the world’s largest democracy on the “wrong side of history”.

Asked about reports of India considering a Russian offer to buy crude oil and other commodities at discounted prices a week after the US banned all Russian energy imports, White House Press Secretary Jen Psaki said the Joe Biden administration’s message will be for countries to abide by US sanctions.

Indian officials are aware of the lack of common ground between the US and its European allies on sanctioning crude, given that a number of European Union members still continue to import Russian hydrocarbons although they have promised to phase it out by the end of the year.

Benchmark oil prices traded below $100 per barrel for the first time since late February, as Russia suggested it would allow a revival of the Iran nuclear deal to go forward and traders worried growing Covid-19 pandemic lockdowns in China could dent demand.