It wasn’t until I completed my first external inspection of a 747 that I realised just how big it was. I knew the 747-400, which I was just about to fly for the first time in the early 2000s, was bigger than my previous aircraft, but just how big was a real surprise. Four engines, 16 massive main wheels, four engines and two passenger decks. It was on a different scale.

The size translates into significant differences in how it is flown, too. Taxiing it around an airport is an exercise in geometry, as you take the flight deck beyond the edge of the taxiway, because you are sat so far ahead of the nosewheel – the set of wheels furthest forward in the plane. When airborne, the size translates into significantly more momentum: it remains the fastest flying commercial jet. For a pilot, that represents a challenge. You have to anticipate every manoeuvre you are going to make on a 747 – more than on previous aircraft types I have flown – because its size and momentum mean it is less forgiving. 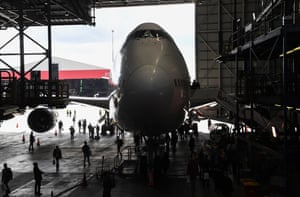 Unlike a fly-by-wire aircraft, like the Airbus family – where a computer system interacts with the pilot – the jumbo needed positively flying, or rather a more hands-on style. If you didn’t keep it flying in the direction you wanted, it could very quickly get away from you and, given its large momentum, was more difficult to correct. It was more a pilot’s aircraft for that reason.

There are other challenges, too: with up to 350 passengers and 20 crew aboard for up to 14 hours, the legal authority and responsibility for the safety, security and “maintenance of good order” on board threw up regular and interesting questions. Because of the amount of time we spend airborne and the relaxed feel brought about by the space available inside, you often get drinkers getting drunker, lovers becoming more amorous and children getting very bored.

From the first moment I started telling friends and family that I was retraining to fly the 747, I realised what a special place it holds for people far beyond the industry. It has absolutely captivated the hearts of the flying public and professionals alike. 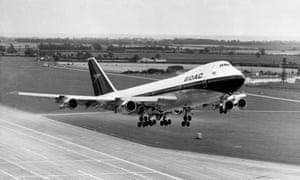 Like Concorde, the jumbo is a renowned aircraft. But I believe it will be missed far more, as it was the aircraft many, many more people were on when they fell in love with long-distance travelling. Concorde was an incredible achievement and has its place in history, but you needed very good reason and bountiful resources to afford it – the jumbo was much more welcoming to us all.

Fifty years of the jumbo jet – in pictures

But for me, during all the more than 10 years I flew the jumbo as a captain, the one thing I never fully got over was the height at which the pilot is still flying when the main gear touches the runway on landing. At that point, you are still moving at three times the height of the average two-storey house.