Sean Griffin is a professor of Film & Media Arts at Southern Methodist University’s Meadows School of the Arts. He is the author of “Tinker Belles and Evil Queens: The Walt Disney Company from the Inside Out” (NYU Press, 1999). The opinions expressed in this commentary are his own.

The Walt Disney Company has had a messy few weeks. First, it experienced backlash over its failure to condemn Florida’s new “Don’t Say Gay” law, which will ban schools from teaching students in the third grade and below about gender identity and sexual orientation. Then CEO Bob Chapek made the situation worse by saying the company can make lasting change through its content, with films like ‘Encanto’ or TV shows like ‘Modern Family.’

Employees challenged Chapek in an open letter, asserting “that leadership still does not truly understand the impact this legislation is having not only on Cast Members in the state of Florida, but on all members of the LGBTQIA+ community in the company and beyond.”

Traditionally, Disney employees are fierce in their loyalty to the company. And LGBTQIA+ employees have often defended Disney against various criticisms in the past. But this time, they say they feel the company has actively acted against their interests and safety. A couple days later, Chapek did apologize and eventually condemned the legislation, but employees still walked out to protest the company’s initial response.

For decades, Disney has practiced a “both/and” strategy,” rather than an “either/or” one, welcoming everyone in the hopes of wooing a wide variety of consumers. For LGBTQIA+ audiences, that meant rainbow-colored Mickey merchandise and/or other more subtle appeals that would likely go unnoticed by its more conservative customers. Chapek invoked this “both/and” framework when he initially refused to take a public stance on the Florida law, and instead expressed concern about corporate statements being “weaponized by one side or the other to further divide and inflame.” 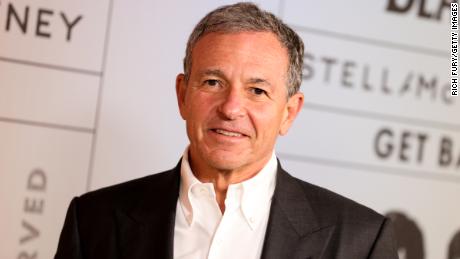 The outrage of Disney’s LGBTQIA+ workforce and their allies indicates that this strategy clearly backfired. Now, Disney must do more than just speak out against the legislation.

Here’s what the company should do moving forward:

Disney should scale back the extent of its business in Florida until the “Don’t Say Gay” law is repealed. Obviously, shutting down the theme park is not tenable — but the company can halt further construction or investment in the state, and (most importantly) protect its queer workforce (and the LGBTQIA+ children of its employees) by allowing them to relocate out of Florida and work at another park or office. Doing so would not only show employees that the company cares about them, but that it will do everything it can to encourage change.

The company should officially recognize and facilitate the annual “Gay Days” events that happen at Walt Disney World and Disneyland. These gatherings, initially organized by the Orlando LGBTQIA+ community during regular park operating hours, have occurred for decades now and bring in an estimated $100 million to the area, but remain unofficial and unsanctioned events. In the past, Disney has welcomed the extra money that comes from increased attendance on these weekends, but has kept its distance from any explicit involvement in them. For example, Disney does not market or publicize the events, but it also doesn’t prohibit them from happening at its parks.

LGBTQIA+ fans of Disney have long identified with non-binary characters, such as Ferdinand the Bull and Peter Pan, and appreciated the campy flair of villains, such as Captain Hook and Maleficent. Disney also regularly features misfit characters that are eventually welcomed and praised by their community for precisely the trait that makes them different, which LGBTQIA+ viewers have said gives them solace and hope. During Walt’s lifetime, though, these viewers read subtexts that Disney itself did not consciously intend. 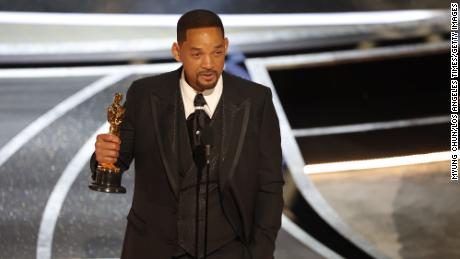 In the 1980s, Disney was looking to increase revenue by expanding its audience to include the LGBTQIA+ community, so it began working with a number of openly LGBTQIA+ artists, and queer subtext became more intentional. (Ursula in “The Little Mermaid,” for example, was directly modeled on the iconic female impersonator Divine.) The company’s strategy, though, was to keep it under the radar — something queer viewers could recognize and appreciate, but would likely go over the heads of conservative heterosexual families. Disney became the entertainment behemoth it is now by working to appeal to these different consumer segments without offending either of them — the “both/and” strategy.

Disney films still include “gay content” that could easily be missed (LeFou glancing at another man in the live-action version of “Beauty and the Beast,” and a female couple embracing in the background of “Star Wars: The Rise of Skywalker”). If Disney really wants to make lasting change through its content, it should move LGBTQIA+ characters to the center of its movies. Rather than extras in the background, LGBTQIA+ protagonists should lead their own amazing adventures and fantastic journeys.
Disney is at yet another crossroads in its relationship with the LGBTQIA+ community. Like so many Disney princesses that are thought dead until awakened by “love’s first kiss,” Disney can recover itself by openly embracing and cherishing the LGBTQIA+ community. That way, we all just may live happily ever after.
Source: Read Full Article