India’s Ministry of External Affairs said Tuesday that it summoned the Korean ambassador to express “strong displeasure” over what the agency called an “unacceptable social media post” made by one of Hyundai’s Pakistan-based distributors.
Hyundai Pakistan on Saturday apparently tweeted support for Kashmir Solidarity Day, a holiday in Pakistan to mark the nation’s support for people in the India-administered part of Kashmir. Both countries have claimed the region in its entirety.

“India welcomes investments by foreign companies in various sectors,” said Indian foreign ministry spokesman Arindam Bagchi in the statement. “But, it is also expected that such companies or their affiliates will refrain from false and misleading comments on matters of sovereignty and territorial integrity.” 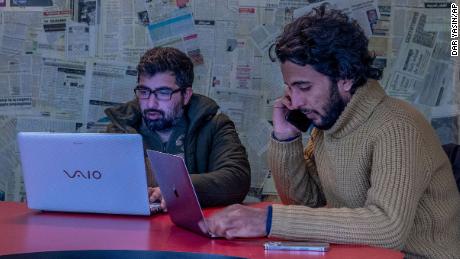 CNN Business was unable to view the tweet before it was taken down, but widely circulated screenshots show that it carried a hashtag for the holiday, and expressed support for pro-separatists in Kashmir.

Reuters reported that posts on behalf of Hyundai’s partner in Pakistan also appeared on Facebook and Instagram. CNN Business was unable to view those posts, but they commemorated “what it described as the sacrifices of Kashmiris struggling for self-determination,” according to Reuters.
Local businesses typically put out statements to highlight the efforts of Kashmiri separatists in the region, which is one of the world’s most dangerous geopolitical flashpoints. But the Hyundai Pakistan tweet highlights how challenging it can be for multinational brands to navigate such issues.
The Hyundai Pakistan tweet sparked intense backlash in India: Indian Twitter users vowed to stop buying Hyundai-manufactured vehicles in favor of supporting local carmakers, such as Tata Motors and Mahindra Auto.
Hyundai apologized twice. First on Sunday, Hyundai India said the “unsolicited social media post” offended the brand’s “unparalleled commitment” to the country. The company added that it respects “nationalism,” and called India a “second home.” It condemned the views expressed in the post by the Pakistani account.
Hyundai again tried to quell the furor on Tuesday with another tweet — this time, credited to parent firm Hyundai Motor Company — that attempted to distance the Indian subsidiary from the partner in Pakistan. The Kashmir tweet, Hyundai said, was sent by an “independently-owned distributor in Pakistan.”
“As a business policy, Hyundai Motor Company does not comment on political or religious issues in any specific region,” the automaker said in the post.
It added that “once the situation was brought to our attention, we made the distributor acutely aware of their inappropriateness of the action. Hyundai also said it has “put in place processes to prevent a future recurrence.”
Hyundai representatives in India, Pakistan and South Korea did not respond to requests for further comments from CNN Business.

Hyundai Pakistan is operated as a joint venture between Hyundai (HYMTF) and Nishat Group, one of Pakistan’s largest conglomerates. Hyundai also has a wholly-owned subsidiary in neighboring India, making it one of the few foreign automakers to crack the competitive Indian market.
Nishat Group declined to comment to CNN Business.
Source: Read Full Article