As Covid-19 wreaked havoc around the world last year, the 39-year-old son of an Indian billionaire was laying the groundwork for a plan he hoped would eventually end the pandemic.

Adar Poonawalla — the CEO of Serum Institute of India (SII), the world’s largest vaccine maker — pumped hundreds of millions of dollars into his Indian manufacturing facility and committed to make millions of doses of a then-unproven coronavirus vaccine.
That vaccine, created by Oxford University and AstraZeneca (AZN), was still in clinical trials at the time. Nobody was sure how long a vaccine would take to develop, let alone whether it would even work.
“It was a calculated risk,” Poonawalla told CNN Business. “But I didn’t see the choice at that time, to be honest. I just felt I’d regret not committing one way or another.” 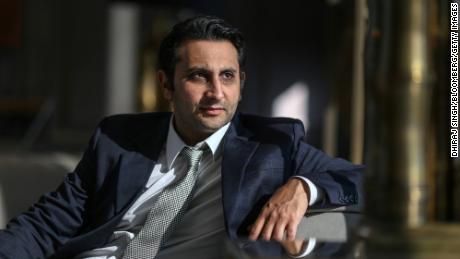 To make his plan work, Poonawalla first had to raise nearly $1 billion. And the lives of hundreds of millions of the planet’s most vulnerable people were at stake, since SII had pledged to provide poorer countries with jabs. If the gamble paid off, Poonawalla would save countless lives and be hailed as a hero during a period of historic turmoil. His fabulously rich family also would stand to grow even more wealthy by profiting from a significant deal.

As the world gave its money — and trust — to Poonawalla, things seemed to be going according to plan. The AstraZeneca vaccine received approval from UK regulators in December 2020, and Poonawalla became a household name in India.

"It was a calculated risk. But I didn't see the choice at that time, to be honest. I just felt I'd regret not committing one way or another."

SII CEO Adar Poonawalla, on committing his company to make millions of doses of a then-unproven Covid vaccine

But soon it became evident how badly Poonawalla had miscalculated the challenges that come with distributing millions of vaccines in the middle of a once-in-a-century pandemic.
His company’s ability to inoculate even his own countrymen was thrown into doubt earlier this year as a devastating wave of coronavirus hit India. He’s also failed to keep up with his commitment to deliver shots to other nations — the consequences of which have dented his reputation and shed light on the perils of such heavy reliance on one manufacturer.

From horse breeders to vaccine makers

It’s easy to see why some of the biggest names in public health chose to rely on Poonawalla.
Few manufacturers can come close to the scale at which SII is able to produce vaccines. The company — which was founded by Poonawalla’s father, Cyrus, 55 years ago — produces 1.5 billion vaccines each year for measles, rubella, tetanus and many other diseases. The jabs are mainly distributed to low-income countries worldwide, including India. Poonawalla estimates that just over 50% of the world’s babies depend on vaccines made at SII.
The Poonawalla family charted an unusual path to becoming one of the world’s preeminent vaccine makers. They have bred and raced thoroughbred horses since the 1940s, diversifying into pharmaceuticals, finance and real estate over the last half-century.
Cyrus Poonawalla is now India’s seventh-richest man, worth more than $16 billion, according to the Bloomberg Billionaire Index. His son Adar took over as CEO in 2011 and has focused on expanding in international markets.
To prepare for the AstraZeneca vaccine production, Poonawalla said he spent $800 million on buying chemicals, glass vials and other raw materials, as well as ramping up manufacturing capacity at his plant in the Western Indian city of Pune.
More than $250 million came from the company’s own funds. Another $300 million came from the Bill and Melinda Gates Foundation, which SII collaborated with to provide discounted or free doses to low-income countries. The rest was paid by other countries once SII started accepting orders for vaccines. In total, SII agreed to make up to 200 million vaccine doses for as many as 92 countries, as part of its deal with the Gates Foundation and Gavi, a vaccine alliance.
All of that happened, though, before regulators signed off on the AstraZeneca vaccine. Had trials for that vaccine been unsuccessful, SII would “just be making batches and then end up throwing them away,” Poonawalla said. 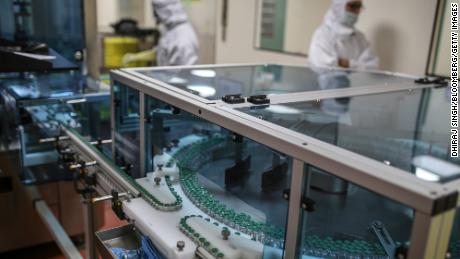 A business studies graduate of London’s University of Westminster, Poonawalla said SII was able to make that decision more swiftly than many other companies, since it is a family-run business.
“The flexibility of being able to decide on the spot very quickly was really the main game-changer that enabled us to be able to do this,” said Poonawalla, whose office in India is a refurbished Airbus A320.
After UK regulators approved the vaccine, Poonawalla began supplying doses to Indians and other other countries. By May, Gavi had received some 30 million jabs from SII.

But Poonawalla’s plans soon went awry when a second wave of Covid-19 hit India in the spring. At its peak the country was reporting over 400,000 cases per day, though experts say the actual number was likely much higher.
At that point, only 2% percent of India’s 1.3 billion population was fully vaccinated, and the country’s national government had been slow in placing orders for more vaccines. Without a massive stockpile, states in India began to run out of the limited number of jabs they had.
India then decided to stop the export of all vaccines, preventing SII from keeping up with its commitments elsewhere. 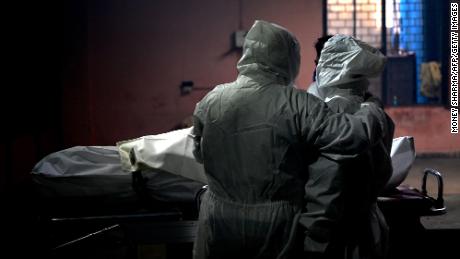 “I’ve always been a patriot for my country … and if my country needs my facility first, I have to do what they say,” Poonawalla said. “There was no two ways about that.”
The inability to export vaccines hurt some of the poorest nations in the world. The director of Africa’s disease control body, for example, warned India’s hold on exports could be “catastrophic” for the continent. People in several countries, from neighboring Nepal to Kenya, were left stranded after receiving the first dose of Covishield, the name of the India-manufactured vaccine.
When asked why the global vaccine alliance chose to rely so heavily on one manufacturer, a Gavi spokesperson told CNN Business it had few options.
At the start of 2021, “very few vaccines were approved and available for deployment,” the spokesperson said, adding that it was “natural” that SII would be contracted for early doses given its size.
But public health expert Jeffrey Lazarus said there were flaws in the plan.
“Relying on one manufacturer was a mistake, which is easier to see in hindsight,” said Lazarus, who heads the health systems research group at the Barcelona Institute for Global Health.

While Poonawalla cannot be held responsible for some of the issues that led to the vaccine rollout stalling — chief among them, India’s massive outbreak — his detractors have questioned parts of his approach.
They point out Poonawalla hasn’t delivered the number of jabs he initially promised, and they claim he hasn’t been transparent about how he’s been using all of the money he raised for the big vaccine push.
“There isn’t much accountability for where the money he raised went,” Malini Aisola, co-convenor of health sector watchdog All India Drug Action Network, told CNN Business.
In June last year, SII pledged it would make one billion doses of the AstraZeneca vaccine for low and middle income countries, with 400 million doses ready by the end of 2020.
But by January 2021, the company had a stockpile of just 70 million doses. His critics weren’t impressed, given the amount of capital he raised last year. 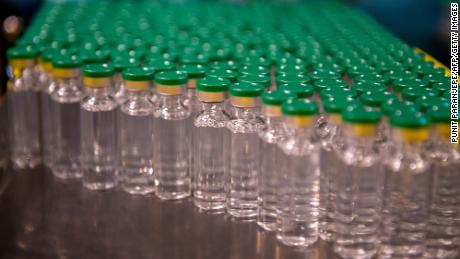 The global media coverage also turned unfavorable, with headlines linking the global shortfall in vaccines to SII’s problems, including the India export ban and a fire at the company’s Pune facility. At the time Poonawalla said the fire had no effect on Covishield production. But he has since reversed course, saying that the incident has played a major role in hampering manufacturing.
He also insists he was realistic about his goals. “We always underpromise,” Poonawalla told CNN Business, when asked whether the company pledged more than it could deliver.
Still, he’s been dogged by other controversies that have dented his reputation. As India’s Covid-19 cases were skyrocketing in April, Poonawalla lowered the price of his vaccine and referred to the move as a “philanthropic gesture” — leading to heavy criticism, with activists pointing out that even a small profit is still a profit for SII.
“AstraZeneca has pledged that it won’t make profits from low income and middle income countries during the pandemic, but that does not seem to apply to SII,” Aisola said.
According to AstraZeneca, the companies the drugmaker has sublicensing agreements with, including SII, dictate their own prices.
SII declined to comment on how much it has profited from the vaccine efforts so far, but Poonawalla said it is a “very unreasonable and naive way of looking at the world” for people to expect companies not to profit from the vaccine.
While Poonawalla has yet to match his lofty goals, there is a chance that he and SII can get back on track, which is critical to ending vaccine inequality worldwide. India has decided to begin exporting vaccines once again as its own rate of inoculation increases. The nation had administered one billion doses by October.
And as of September, SII had increased its production schedule to 160 million doses a month. It has so far delivered about 700 million, most of which were used in India.

SII is also expanding its partnerships, having signed a deal with American biotech firm Novavax to manufacture its Covid-19 vaccine, which is awaiting regulatory approvals.
Source: Read Full Article