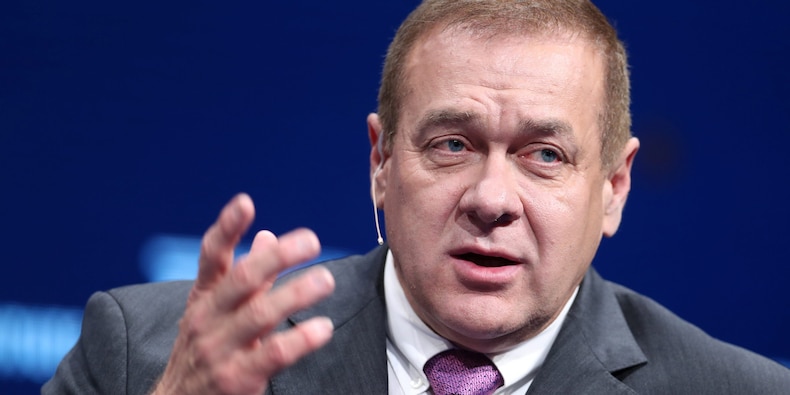 Guggenheim’s Scott Minerd squashed the consensus narrative that rates are on an “uninterrupted trajectory higher” and said the 10-year Treasury yield could be negative in 2022.

In his latest investment outlook letter published Tuesday, the global chief investment officer said rising rates are not a foregone conclusion and explained that throughout history, every recession has been followed by a trough in interest rates several quarters later.

“Now, similar fears grip markets that reflationary pressures are paving the way to higher rates. No doubt, prices will rebound from post pandemic lows but given the surplus capacity throughout most of the economy and high levels of unemployment, any increase in the rate of inflation is likely transient,” Minerd said.

He explained that the flood of cash from the stimulus has driven short rates lower, as money continues to flood into the private sector, stock and bond prices continue to rise.

“Over time, as stimulus payments and tax refunds are distributed and more money looks to be put to work, investors will extend maturities on their bond portfolios in a ‘reach for yield,'” he added.