Graeme Edge, the Moody Blues drummer who co-founded the Rock and Roll Hall of Fame group and stayed with it for more than 50 years, died today. He was 80. His longtime bandmate Justin Hayward posted the news on the English group’s website but offered no details.

“It’s a very sad day,” Hayward wrote. “Graeme’s sound and personality is present in everything we did together and thankfully that will live on.” Read his full statement below.

Edge co-formed the group in Birmingham just as the British Invasion was hitting America. The Moody Blues crashed onto the international rock scene with their first hit, 1965’s “Go Now,” which went No. 1 in the UK and went top 10 in the States. The group went on to have two more U.S. Top 10 singles and three in the UK but were much more successful on the albums charts. 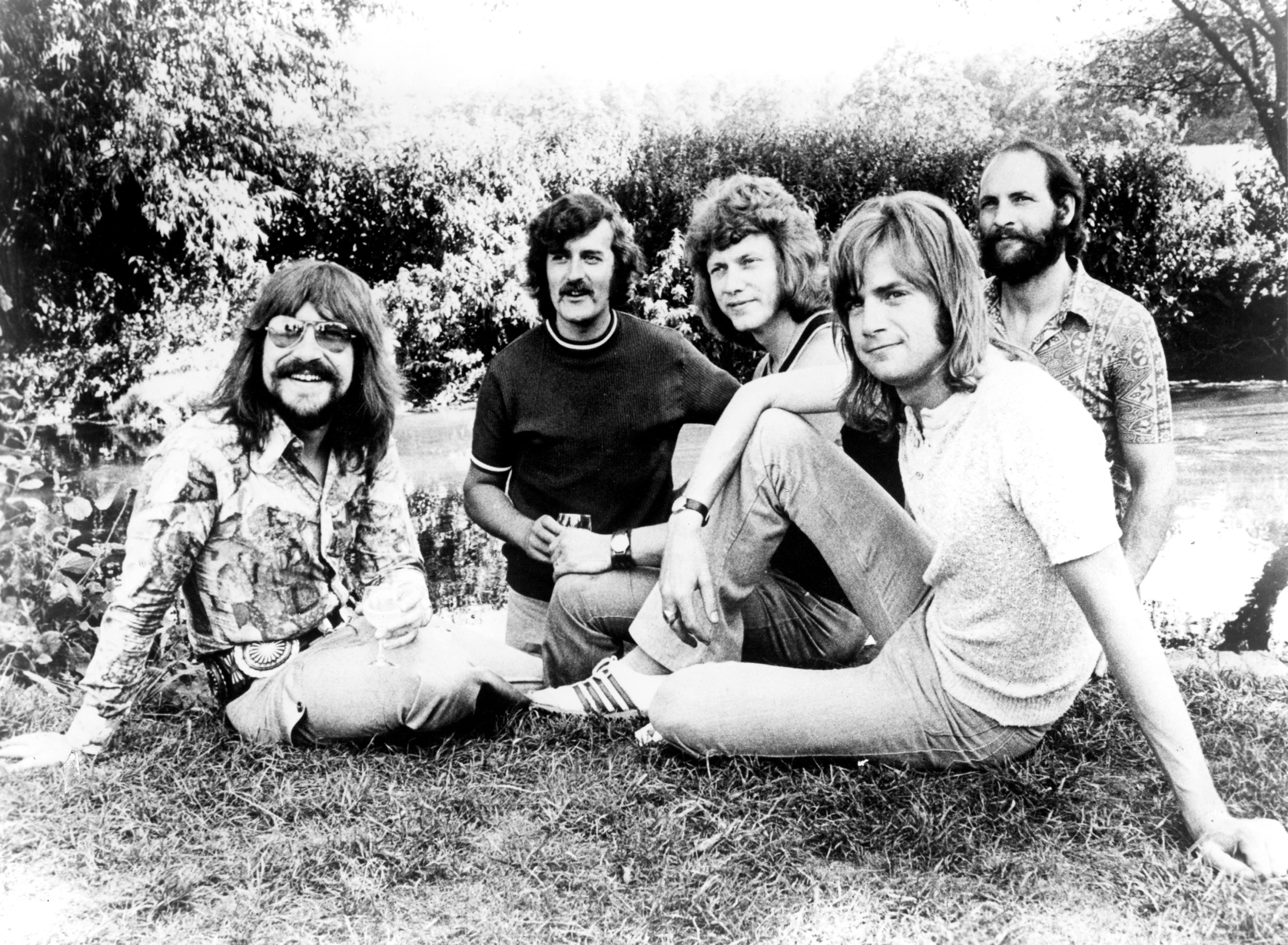 Among the Moody Blues’ most famous songs are “Tuesday Afternoon” and “Nights in White Satin” — both from 1968’s Days of Future Passed LP that featured the London Symphony Orchestra — “Ride My See-Saw,” “Question,” “The Story in Your Eyes” and “I’m Just a Singer (in a Rock and Roll Band)” — all of which remain popular on classic rock radio. The group’s “Legend of a Mind” was an ode to acid king Timothy Leary.

The Moody Blues’ sound evolved to include more classical elements and instruments, and Days of Future Passed began a string of hit albums for the Moody Blues that included 10 consecutive gold or platinum discs in the U.S. Three of those hit No. 1 in the UK: 1969’s On the Threshold of a Dream — which hit the top spot twice, seven months apart — and To Our Children’s Children’s Children, 1970’s A Question of Balance and 1971’s Every Good Boy Deserves Favour.

The group saw a major pop resurgence in 1981, when its Long Distance Voyager topped the Billboard 200 album chart for three weeks and spawned the single “The Voice.” The Moody Blues scored again with 1986’s The Other Side of Life, which went platinum and spawned the MTV-fueled U.S. Top 10 hit “Your Wildest Dreams.”

The group was inducted into the Rock and Roll Hall of Fame in 2018, the same year Edge retired from touring after more than half a century with the group.

Edge was born on March 30, 1941, in Rocester, England, and helped form the Moody Blues with Denny Laine, Clint Warwick and Mike Pinder. There were some personnel changes before the group’s “classic” lineup emerged with Edge on drums alongside singer-guitarist Hayward, keyboardist-singer Pinder, bassist John Lodge and multi-instrumentalist.

Edge wrote the spoken-word verses in “Nights in White Satin,” which were recited by Pinder on record but often by Edge in concert. Long familiar to rock-radio fans, the passage begins with: “Breathe deep/the gathering gloom/watch lights fade from every room.” He also wrote the poetry featured on other Moody Blues albums.

Here is the group performing “Nights in White Satin” at the 2018 Rock and Roll Hall of Fame induction ceremony:

The drummer also fronted the Graeme Edge Band, a side-project group that released a pair of albums and several singles from 1974-77.

It’s a very sad day. Graeme’s sound and personality is present in everything we did together and thankfully that will live on.

When Graeme told me he was retiring I knew that without him it couldn’t be the Moody Blues anymore. And that’s what happened. It’s true to say that he kept the group together throughout all the years, because he loved it.

In the late 1960’s we became the group that Graeme always wanted it to be, and he was called upon to be a poet as well as a drummer. He delivered that beautifully and brilliantly, while creating an atmosphere and setting that the music would never have achieved without his words. I asked Jeremy Irons to recreate them for our last tours together and it was absolutely magical.

Graeme, and his parents, were very kind to me when I first joined the group, and for the first two years, he and I either lived together, or next door to each other – and despite us having almost nothing in common, we had fun and laughs all the way, as well as making what was probably the best music of our lives.

Graeme was one of the great characters of the music business and there will never be his like again.

My sincerest condolences to his family.
Justin Hayward