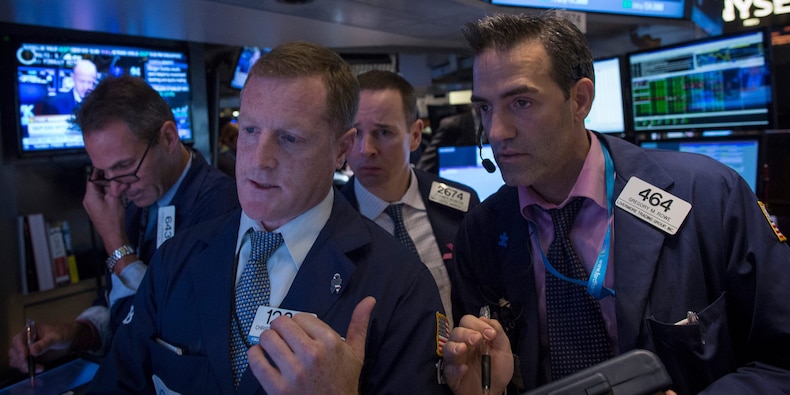 WHO director-general Tedros Adhanom Ghebreyesus called the jump in cases “disappointing, but not surprising,” and warned it may be too early to rely on vaccinations and ditch other measures to fight the virus.

Futures on the Dow Jones, S&P 500, and Nasdaq fell between 0.2% and 0.4%, suggesting US markets would open lower during regular trading.

The dip in stocks followed a surge in global equities on both sides of the Atlantic, despite the fact that investors continued to price in two full rate hikes from the Fed by the end of 2023, Deutsche Bank research strategist Jim Reid said.

Treasury Secretary Janet Yellen on Saturday lobbied for a quick vote on President Joe Biden’s $1.9 trillion stimulus bill, saying it “ensures that people make it to the other side of this pandemic and are met there by a strong, growing economy.”

In Europe, some countries imposed fresh restrictions, with Finland declaring a state of emergency over rising COVID-19 infections and new measures being put in place in certain parts of Italy. President Emmanuel Macron said France needs another four to six weeks before restrictions could begin to be lifted. On a more positive note, the 7-day average number of cases for the UK fell below 8,000 for the first time since early October.

Markets in Asia were weighed down by comments from the chairman of China’s Banking and Insurance Regulatory Commission, Guo Shuqing. Guo said he is “very worried” about risks emerging from bubbles in global financial markets and his own country’s property sector, sparking concerns about further tightening across the world’s second largest economy.

“Guo is really saying nothing that investors, in their hearts, won’t – or shouldn’t – already be aware of,” said Connor Campbell, a financial analyst at SpreadEx. “However, it was enough to halt the kind of bombastic growth that kicked off the month.”

Oil prices retreated. The main concern weighing on the market is Thursday’s OPEC+ meeting at which traders expect the coalition to agree to increase production, reversing some output cuts imposed last year. Brent crude fell 1.1%, to $62.95 a barrel, and West Texas Intermediate fell 1%, to $60.00 barrel. Both benchmarks have recovered all of their 2020 price losses.