Shares of General Motors extended their gains on Tuesday to as much as 4% after the company confirmed plans to sell an all-electric Chevy Silverado pickup truck.

GM made the announcement at a media event at its factory in Detroit, Michigan. The all-electric Silverado will be built in the same factory as the Hummer EV and utilize the same Ultium battery technology platform that is unique to the company.

The move comes as the 112 year-old car manufacturer accelerates its transition from internal combustion engines to battery powered electric motors with the upcoming launch of the Hummer EV.

Investors are cheering GM's pivot, given that its stock price has more than doubled since it doubled down on its its electric vehicle plans last October.

The electric Silverado will have 400 miles in range on a single charge and is expected to be released in 2023 or 2024, according to a report from Car and Driver.

"The GMC Hummer EV SUV joins its stablemate in the realm of true supertrucks, and Chevrolet will take everything Chevy's loyal truck buyers love about Silverado, and more, and put it into an electric pickup that will delight retail and commercial customers alike," said GM President Mark Reuss.

But GM will be facing increased competition in the EV pickup truck space once the Silverado EV launches, as battery-powered trucks from Rivian, Tesla, and Lordstown Motors are expected to be available for sale by then. But the EV Silverado's most direct competitor will likely be Ford's highly anticipated electric F-150, which is expected to launch in 2022. 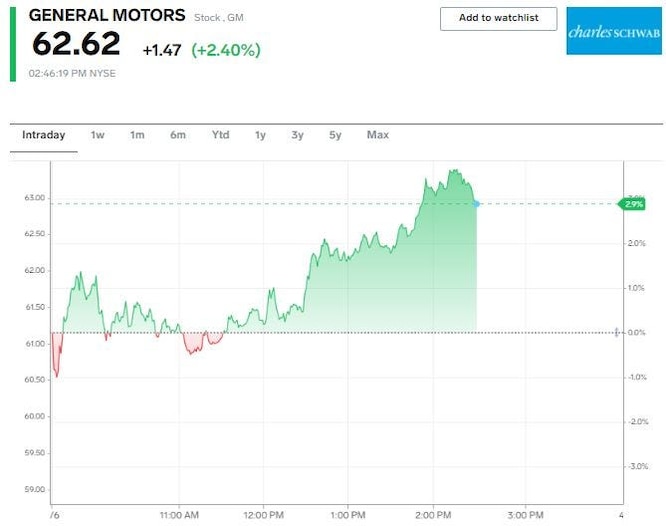