The Q3 office rebound growth was led by Bengaluru and Hyderabad, which together accounted for nearly 80 per cent of the net absorption in Q3. 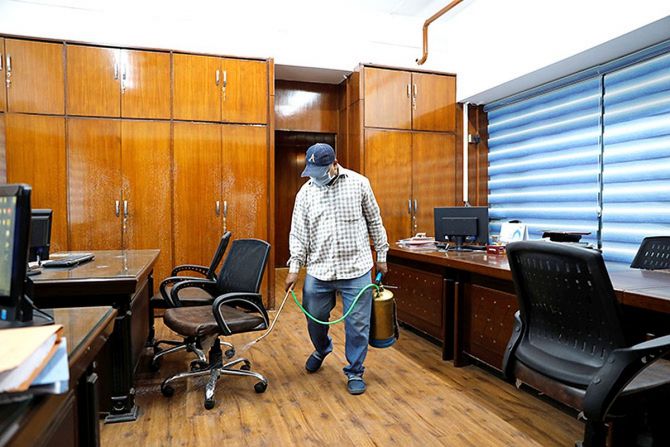 Office space leasing, which was severely affected during the initial months of the Covid-19 pandemic, has picked up in the third quarter (Q3) of this calendar year (CY20).

The absorption of commercial office space rose 64 per cent in Q3 of CY20 versus the second quarter (Q2), property consultant JLL India said on Monday.

The Q3 office rebound growth was led by Bengaluru and Hyderabad, which together accounted for nearly 80 per cent of the net absorption in Q3.

The activity in Bengaluru indicates a gradual resurgence in spaces, coupled with the translation of pent-up demand from Q2 this year, added JLL.

However, this year will be lacklustre for office leasing due to the pandemic-triggered lockdowns.

Around 17.5-million sq ft office leasing has happened so far and is expected to touch 25 million sq ft by the end of the year.

On average, 35-million sq ft gets absorbed every year.

Technology giants, such as Apple, Siemens, Google and others, too, have leased large spaces in Bengaluru and Hyderabad.

Apple has leased 400,000 sq. ft space in the Central Business district of Bengaluru, while Siemens has leased 730,000 sq ft in the Karnataka capital.

Investment banking major Goldman Sachs is opening a centre in Hyderabad. This will be its second India office.

“While we continue to see the impact of the pandemic on businesses, there is significant surge in activity across most office markets under consideration.

“This is in gross leasing, which more than doubled from the previous quarter at 13.8 million sq ft,” said Ramesh Nair, chief executive officer and country head-India, JLL.

At the same time, it is important to note that large- and mid-sized occupiers across major markets continue to review their real estate portfolios in a bid to optimise cost.

The emphasis is on sustainability and employee well-being as well as the adoption of flexible working practices, said Nair.

“Despite the rise in vacancy levels in the southern markets, Bengaluru, Chennai, and Pune continued to hover in the single digits.

“This augurs well for a strong rebound in these markets when economic and business conditions improve in the coming quarters,” said the company.

Office rents have mostly remained stable in Q3 in comparison with Q2 of the year.

“It is important to note that landlords across markets have become more flexible in providing increased rent-free periods, reduced rental escalation, and fully furnished deals to prominent occupiers, which reduce their net outgo,” added JLL.