Wall Street futures turned negative after starting higher, with E-minis for the S&P500 ESc1 off 0.3 percent. China, opening for the first time since Thursday, started on the backfoot with the blue-chip index down 0.6 percent. Australian shares skidded 0.8 percent. “There is a distinct risk-off tone to greet China coming back from holiday,” said Stephen Innes, chief global markets strategist at AxiCorp. 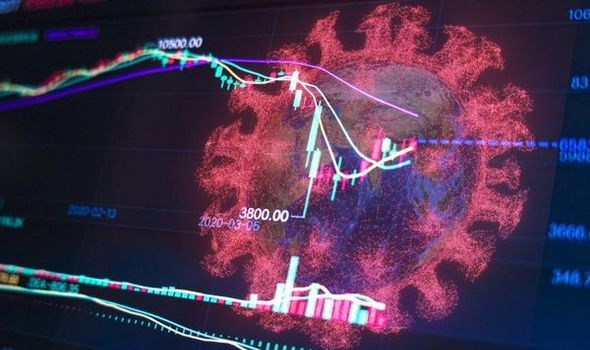 “With Trump and the company still on the Wuhan Lab rampage, traders are incredibly cautious this morning, weighing all the possible China responses. And the one that would hurt the most would be for China to reduce imports of US oil.”

Global financial markets have been caught this month between grim economic figures and worries about worsening US-China relations, and optimism over easing COVID-19 lockdowns in many countries.

US President Donald Trump has repeatedly taken aim at China as the source of the pandemic and warned that it would be held to account.

6.02am update: US airlines burn through $10 billion a month as traffic plummets

US airlines are collectively burning more than $10 billion in cash a month and averaging fewer than two dozen passengers per domestic flight because of the coronavirus pandemic, industry trade group Airlines for America said in prepared testimony seen by Reuters ahead of a US Senate hearing on Wednesday.

Even after grounding more than 3,000 aircraft, or nearly 50 percent of the active U.S. fleet, the group said its member carriers, which include the four largest US airlines, were averaging just 17 passengers per domestic flight and 29 passengers per international flight.

“The US airline industry will emerge from this crisis a mere shadow of what it was just three short months ago,” the group’s chief executive, Nicholas Calio, will say, according to his prepared testimony.

Net booked passengers have fallen by nearly 100 percent year-on-year, according to the testimony before the Senate Commerce Committee. The group warned that if air carriers were to refund all tickets, including those purchased as nonrefundable or those canceled by a passenger instead of the carrier, “this will result in negative cash balances that will lead to bankruptcy.”