Employee costs for Indian IT services players have touched an all-time high as salaries soar in their effort to retain talent.

Engineer salaries are going through the roof. 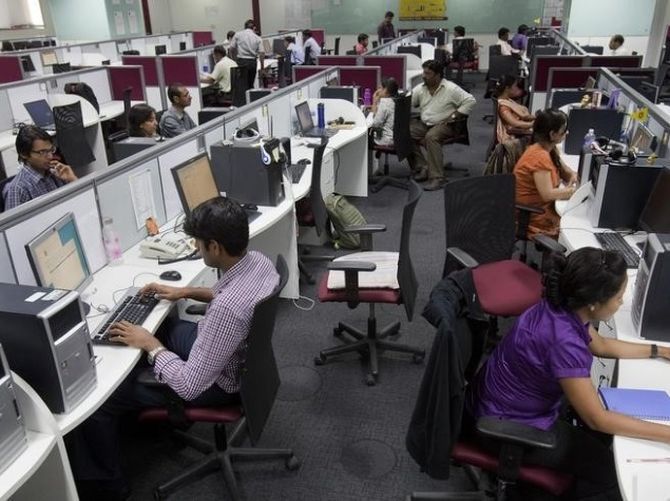 According to a news report, Infosys, which reported a 27.7 per cent attrition rate for the fourth quarter of FY22, plans to have an average salary hike of 12-13 per cent. High potential employees will get increases of 22-23 per cent.

Though Infosys did not comment on the report, the average salary hike will classify as the highest among the top IT companies.

As for India’s largest IT services player, Tata Consultancy Services (TCS) announced that the average salary hike for FY23 will be in the range of 7-8 per cent.

The salary increases are not restricted to the Indian IT industry. Globally too, tech talent is being rewarded as never before.

Microsoft CEO Satya Nadella said in an email to employees that ‘Microsoft is nearly doubling the global merit budget’.

The internal mail added: “…The most meaningful increases will be focused where the market demands and on early-to-mid-career levels.

“We are also increasing Annual Stock ranges by at least 25 per cent for all levels 67 and below.”

Indian HR experts say that, on an individual level, salary hikes are above 20 per cent.

“The average number that companies share in terms of salary hikes is the overall wage cost increase but the actual hike that an employee will get or may get could vary from high to low,” said Rituparna Chakraborty, co-founder and executive vice president, TeamLease Services.

She went on: “According to the latest TeamLease jobs report, we found that employees continue to place a premium on super-specialised job roles and the demand for this job category continues to rise.

“Growth rates in the category have inched up from 11-12 per cent this year.

“Sectors like start-ups, IT, and e-commerce will see salary hikes of over 11 per cent.”

Chakraborty believes the current talent crunch that the industry is witnessing is not merely a consequence of the demand from start-ups or other sectors.

Shiv Agrawal, managing director, ABC Consultants, believes the salary increases that have happened over the past year are among the highest ever.

“In the IT services sector, the hikes will be in double digits.

“The companies may well say they are giving an average salary hike of 12-14 per cent but people are getting offer letters with 50-100 per cent increases.

“Perhaps this is time for the sector to look at its salary structure,” said Agrawal.

According to HR experts, mid-level salaries at TCS are in double digits.

“Salary hikes at TCS are already in double digits and in some cases its upwards of 25 per cent,” said an HR executive on condition of anonymity.

In the third quarter of FY22, TCS had given promotion to over 110,000 employees.

“TCS has created a segment called Talent Pool which has over 10,000 people who cater to the next-age tech and the compensation to this segment is much higher than the average hikes,” said an HR expert.

C Vijayakumar, CEO and MD, recently said that among the top 500 leaders’ segment, the attrition has been less than 7 per cent over the years.

At Wipro, the company announced that at the junior level, promotions will happen on a quarterly basis.

Cognizant, which had seen record attrition levels, said after its first-quarter results, that not only will it be hiring more freshers, but it will relook at employee incentives in view of the high attrition.

“We substantially overspent our allocated budget last year for compensation and promotions because we wanted to invest in our talent, try to mitigate attrition and make sure we capture the market opportunity,” said Brian Humphries, Cognizant CEO, in an analysts’ call.

Humphries said all this was above and beyond simply financial measures.

“And on top of that, there’s a significant amount that we’ve been doing around investing in our employees, whether that is skilling or enabling career path advancements,” he said.