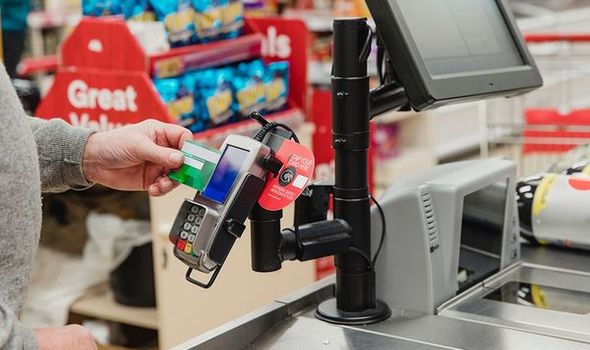 MPs on the Environment, Food and Rural Affairs Committee have been hearing from a number of witnesses on the current issues facing food supplies due to labour shortages and costs. Deputy Governor of the Bank of England Dr Ben Broadbent warned the economy is still smaller than it was prior to Covid with businesses struggling to replace labour but added that other countries were also suffering. He told the Committee: “We’re seeing very similar things abroad, maybe they’re not quite as acute in continental Europe, but they’re more so in the United States. “All those indicators look even more stretched in the US than they do here.”

Dr Broadbent added that prices in traded goods globally had increased significantly and were contributing to inflation in food prices.

He said: “Within our forecast, which mainly because of big big increases in gas prices has CPI inflation getting as high as 5 percent in the second quarter of next year, we within that do expect food price inflation to rise to around the same rate.”

Asked how serious labour shortages currently are Kate Nicholls, Chief Executive of UK Hospitality, said the sector had suffered “the cruellest of ironies” being hard hit by the pandemic then struggling to recover due to labour shortages and supply chain issues.

Ms Nicholls said the hospitality sector currently had around a 10 percent vacancy rate and was short of about 200,000 workers.

She added: “Quarter of our businesses have cut hours or closed venues…that’s supressing revenues.

Commenting on the impact on Christmas business Ms Nicholls said hospitality would “deliver as good a Christmas as able to but not as good as we’d want to.”

She also explained that businesses would experience a “really intense squeeze in the run up to Christmas” with significant costs likely to pass through to consumers in the new year.

She added there were reports from multiple businesses of three planned price increases going through before April.

Andrew Opie, Director of Food and Sustainability at the British Retail Consortium also raised the prospect of rising costs for food.

Mr Opie said: “Our own figures are showing rising food prices at the moment, still small, about 0.5 percent inflation last month…but rising and the biggest rise since November 2020 and we are anticipating further pressures on prices going right through into 2022.”

However he acknowledged there may be some intermittent issues around availability and choice.

Both Mr Opie and Ms Nicholls called for a long term plan on labour supplies and food strategy.

Policy Director of the Cold Chain Federation Tom Southall added the UK needed to address the question of whether there were enough people to fill recruitment holes without tapping into labour from outside abroad.