On April 23, 1999, then-St. Louis Cardinals third baseman Fernando Tatis Sr. made MLB history when he became the first player to hit two grand slams in the same inning. Both of his bases-loaded shots on that Friday night at Dodger Stadium came off Los Angeles Dodgers pitcher Chan Ho Park in the third inning and cleared the left field fence.

Both of Tatis Jr.'s blasts off Dodgers ace Clayton Kershaw went out to left, and adding to the eerie symmetry the first of his solo homers came in the third inning, the same frame that saw his father make history 22 years prior.

That third-inning shot gave the Padres a 2-1 lead over their NL West rivals in the second game of their four-game weekend set.

His home run in the fifth inning gave the Padres a 3-1 lead. 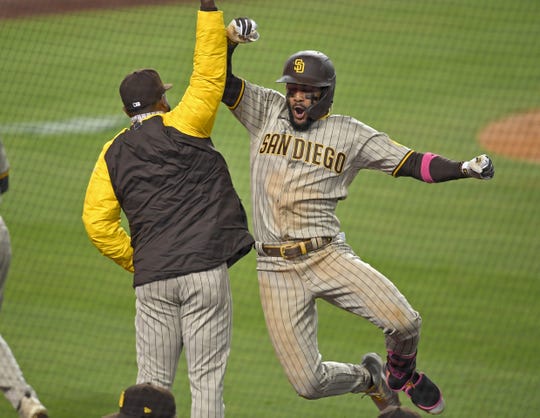