Julian Jessop also suggested the “chickens were coming home to roost” for Emmanuel Macron’s France, while he also said Germany, led by Chancellor Olaf Scholz, was now “the sick man of Europe”. Mr Jessop, who is the former Chief Economist at the Institute for Economic Affairs (IEA), where he is still an Economics Fellow, told Express.co.uk, was commenting at a time when the euro was trading at parity with the US dollar – its weakest level in two decades.

He said: “There are really big problems at the heart of the Eurozone.

“There are two in particular. One is the weakness of the German economy, which actually has been the sick man of Europe for some time now. It’s really struggling.

“The other is the high debt levels in countries like Spain and Italy, so that familiar problem I think is going to come back particularly as the European Central Bank raises interest rates. 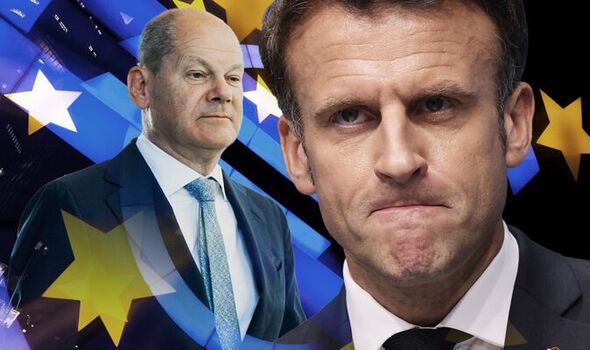 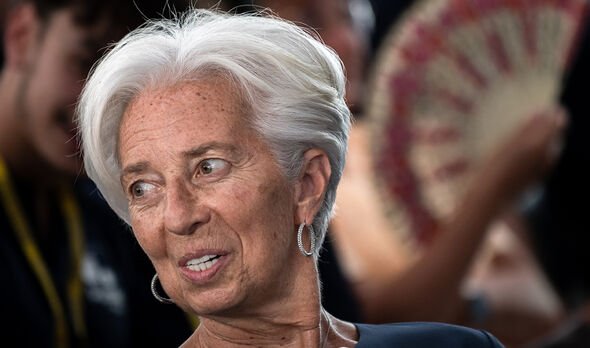 “That’s gonna put a lot of pressure on the finances of the Southern European countries.

“So wherever you look in Europe, there are problems. Chickens are coming home to roost in France as well. The fact that they have had to nationalise EDF, the energy company, because the government basically run it into the ground as a majority shareholder and now have had to take the whole lot on board.

“That’s not great for French taxpayers.” 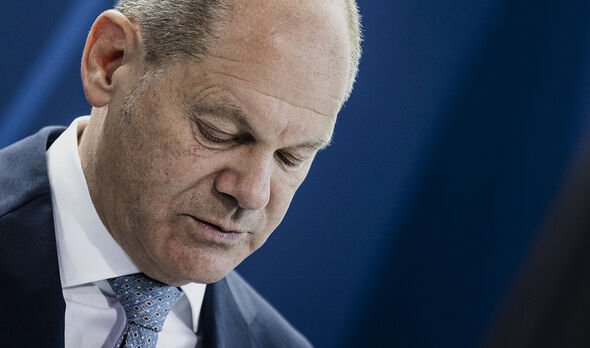 The eurozone is the monetary union which uses the euro, consisting of 19 of the EU’s 27 member states. Ms Lagarde is President of the European Central Bank, based in Frankfurt.

Speaking about the currency itself, Mr Jessop explained: “When it was first launched, people were really bullish about its prospects for the currency but then there were second thoughts and then it was quite weak for a while.

“The first point about this is mainly a story about the strength of the dollar, not the weakness of the euro or the yen, or whatever. 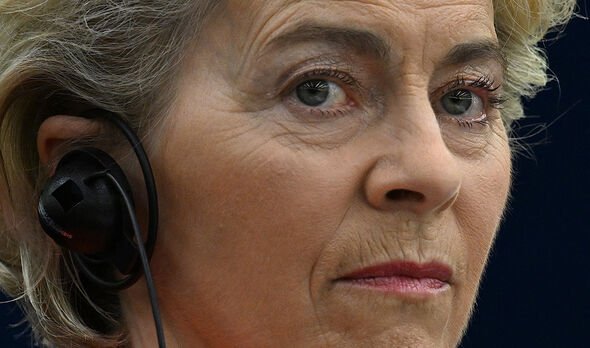 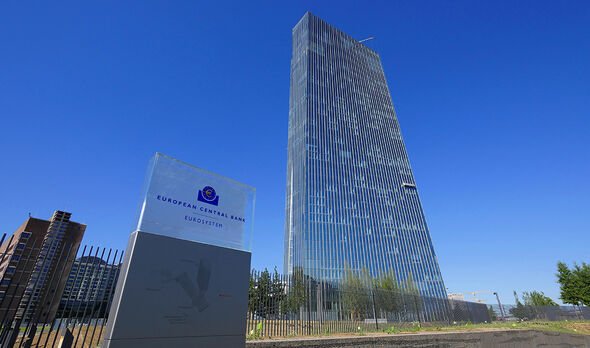 “Lots of currencies are weak against the dollar, including the euro and yen and pound. So it’s mainly a US story and the strength of their economy and also the fact that their central bank is going to be raising rates more aggressively than other central banks.

“So when people talk about the sterling crisis or the euro crisis, I think they’re missing the point that it’s primarily about dollar strength.

“Looking ahead, though, if I were to guess which currency is going to be worse, I’d certainly say the euro. 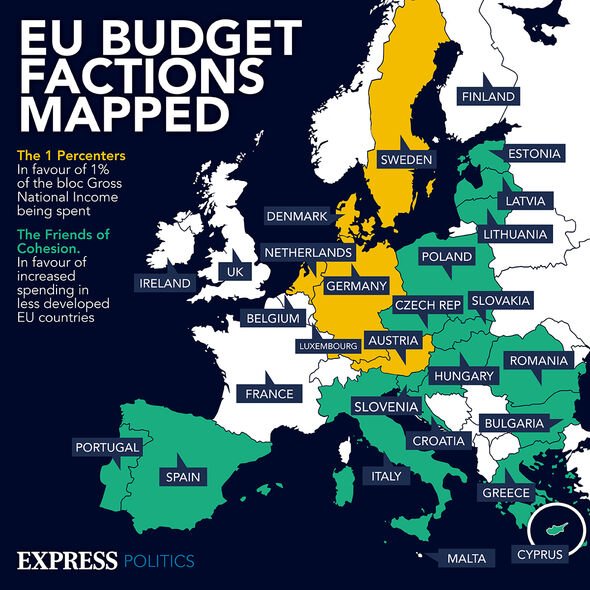 “There’s a lot of bad news priced so almost everybody’s pessimistic about the UK economy and worried about political risks and Brexit and all that sort of thing. So that’s already priced in.

“You have to ask ‘where is the surprise?’ I think the surprise is that the UK economy will hold up better than people expect and will continue to do so given what we saw today.”

The euro plunged to $0.9998 against the dollar today (Wednesday, breaking below the $1 level for the first time since December 2002, before bouncing back to last trade at $1.0023. 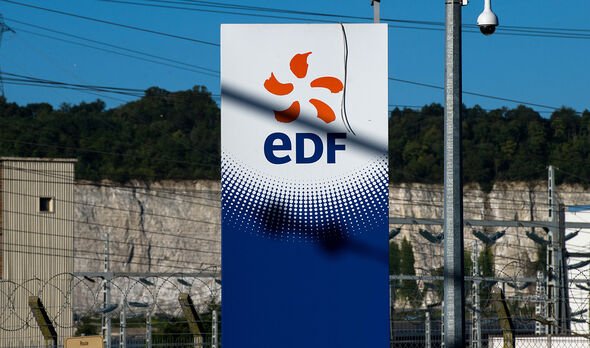 “Euro buyers and FX options defended the big psychological mark with EURUSD rates climbing by 0.7 percent at the peak of the day as we came ever so close to parity breaking in the morning.”

He added: “Inflation data this morning from Germany, France and Spain all fell in line with expectations and remained the same as the previous month coming in at 8.2 percent, 6.5 percent and 10.2 percent respectively.

“We continue to keep an eye on that parity level versus the US dollar and see if there are participants in the market who are willing to defend it. Today’s US inflation print could well have a big impact depending on its outcome.”