Eric Adams has been elected the 110th Mayor of New York City.

Even before his win was proclaimed and right as polls closed, odds on favorite Adams took to social media to de facto declare victory:

Set to assume office on New Year’s Day 2022, Democrat Adams will be the second African-American to run America’s largest city after David Dinkins, who was elected in 1989 praising the “gorgeous mosaic” that is the Big Apple. Facing skyrocketing homicide rates in his first year, Dinkins lost his reelection bid in 1993 to a certain Rudy Giuliani despite a fall in crime over the last part of his term. 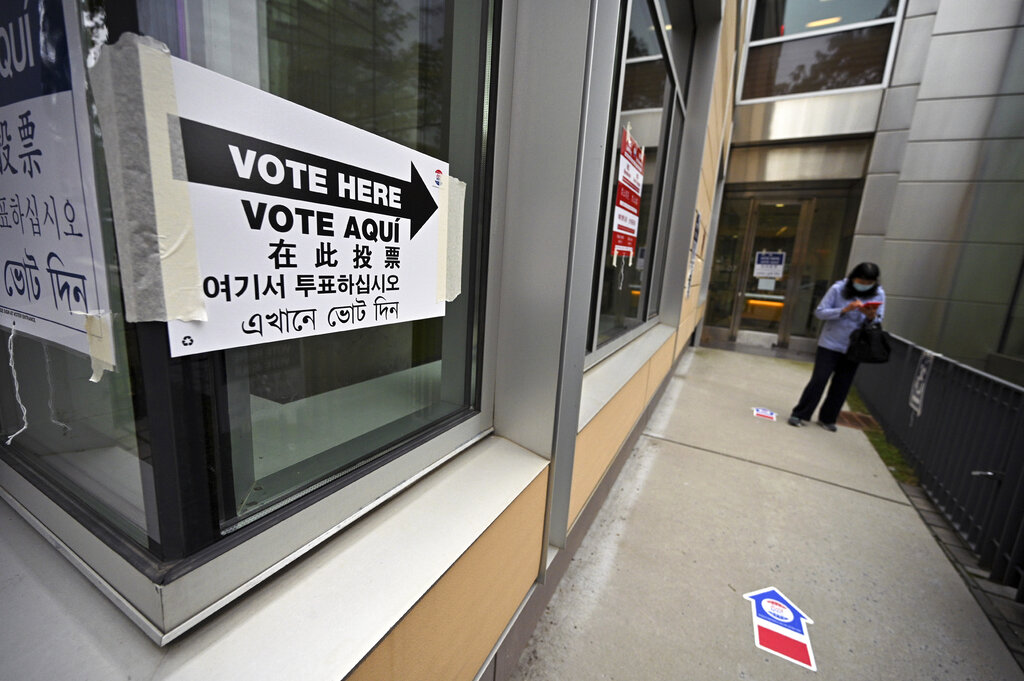 Although Adams’ election appeared to be a lock after he won the Democratic primary on July 6, the candidate faced fallout from elements of the party’s base over his flip on the long-despised NYPD stop-and-frisk policy. An advocate for the city’s undocumented and hedging his opinion on incumbent mayor Bill de Blasio’s Covid-19 vaccine mandate edict, Adams was also criticized during the campaign for hosting deep-pocket fundraisers in the well-heeled Hamptons while repeating to blue-collar voters his mantra of “I am you.”

The reality is Adams’ campaign did have strong support from Wall Street.

Yet, with all his big money pals, Adams so far has not appeared to make that “I am you” pledge when it comes to Hollywood.

In a campaign focusing primarily on public safety, pandemic recovery and increasing friction over vaccine mandates in the NYPD, NYFD and schools, Adams hasn’t spoken publicly to any degree about entertainment industry topics such as tax credits and film permitting. Despite 15 years in state and local politics in the production-rich Empire State, he has few significant connections with the industry, sources tell us, a situation that will likely change.

“As Mayor, Eric Adams will soon see that production is an important part of the city, in terms of jobs and profile,” a Gotham-based network showrunner predicted.

The Made in NY initiative has long offered additional boosts beyond state incentives and slashed bureaucratic red tape, but it’s the New York State tax credits from 2010 (now at 25%, plus an additional 10% for filming in certain counties outside of NYC) that are by far the biggest draw for the industry regardless of who sits in City Hall. The credits and the rise of streaming have reshaped the business in the Five Boroughs.

“We’re excited to work with Mayor-Elect Adams,” said Flo Mitchell-Brown, chair of the New York Production Alliance, which reps film, television and commercial and post production in New York City and New York State. “During his time as Brooklyn Borough President our industry has seen tremendous growth. He’s seen firsthand how important our industry is economically and we look forward to working with him on a citywide basis.”

Nearly 80 TV series and 300 films were produced in NYC in 2019, according to a study released by the Mayor’s Office of Media and Entertainment (MOME) last summer, generating $64 billion in direct economic output, $12.2 billion in wages and 100,000 jobs. MOME Commissioner Anne del Castillo led the NYC entertainment industry through Covid (it had pretty much returned to pre-pandemic levels in August) but hers is an appointed position and can change when the administration does.

Adams’ move into Gracie Mansion isn’t the only shift in NYC power circles.

After what will ultimately be 22 years in office for Cyrus Vance Jr, Manhattan will likely have a new District Attorney now in Alvin Bragg.

nly the third person elected to the powerful and pivotal position, the former state Chief Deputy Attorney General is poised in early results to easily beat Republican and Long Island resident Thomas Kenniff on Tuesday. Inheriting high-profile probes into Donald Trump and the appeal of Harvey Weinstein, the Harlem-raised Bragg is the first African-American to hold the New York County D.A. job.

A contrast to Vance, the Harvard educated Bragg has pledged to tackle mass incarceration in the city, put police brutality in the spotlight and keep guns out of the jurisdiction. Those stances could see the progressive former prosecutor butting heads with Adams, who has promised to clamp down on crime in a metropolis hit hard by the blast radius from the coronavirus.

But that’s why you have elections.

Jill Goldsmith contributed to this report