New York (CNN Business)The power is off for nearly a million customers in Louisiana after a Category 4 storm slammed into the region. But that’s not the biggest problem facing the storm-ravaged state: It’s the possibility of perhaps hundreds of thousands of people going weeks, if not longer, before power is restored.

Although New Orleans Mayor LaToya Cantrell said Tuesday evening that some parts of the city could start to get power back Wednesday, it’s not at all clear when the power will reach most of the affected homes and businesses. And it could be worse outside the city. Officials at St. Charles Parish, which is west of New Orleans, are warning its more than 50,000 residents to “prepare to be without power for at least a month.”
Entergy, the major electric utility in the region, said Wednesday it has restored power to parts of Eastern New Orleans, with power provided by its New Orleans Power Station. But it said it will still be difficult to restore power to the broad swath of customers.

“With extensive damage to the system across the region, much of the redundancy built into the electric system is limited,” said the utility. “This makes it difficult to move power around the region to customers, and limits options to power customers in the event of equipment failure or additional damage to the system.”

The need to recover more quickly

It’s impossible to design an electrical grid that will withstand everything nature throws at it. Widespread outages are inevitable, according to experts. 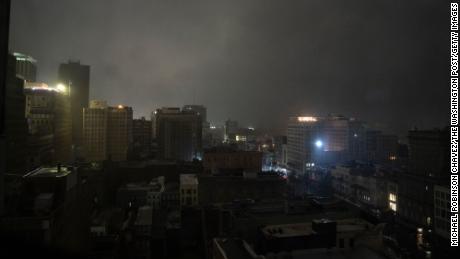 “We can always have done more. But this was a Category 4 hurricane. It’s going to cause outages. No one should design for 100% reliability because it’s exponentially more expensive,” said Michael Webber, a professor of energy resources at the University of Texas at Austin.
“When a Category 4 storm hits your state, you’re likely to have large-scale blackouts no matter how well prepared you are,” said Daniel Cohan, professor of civil and environmental engineering at Rice University in Houston. “But what’s important is resiliency, which is how quickly you bounce back and recover.”
Quickly restoring a power is crucial, according to both experts and public officials in Louisiana.
Both the financial and human costs mount quickly the longer that the power is out, which is why spending money to prepare the system to recover quickly is worth it, said Webber.
“If it’s a week, it’s unpleasant, but people can put up with it. If it’s three to six weeks, that’s a humanitarian crisis,” he said. “That changes the calculus.”
Perhaps the worst example of a prolonged outage from a storm was after Hurricane Maria hit in 2017, when parts of Puerto Rico were forced to go without power for 11 months.

Is burying transmission lines the answer?

The immediate problem in the face of this storm is the towers that carried all the high-power transmission wires into New Orleans came down during the storm. Entergy is working on temporary systems to restore those lines. But building new towers to carry the lines may not be a long-term solution.
Webber said that burying transmission lines is expensive, but it’s common in Europe. There is a risk of flood damage from buried lines, but even that can be addressed — for example some transmission lines go across the ocean floor. While he agrees it isn’t the answer for the entire country, he believes it should be done in areas with high risks of hurricane damage. 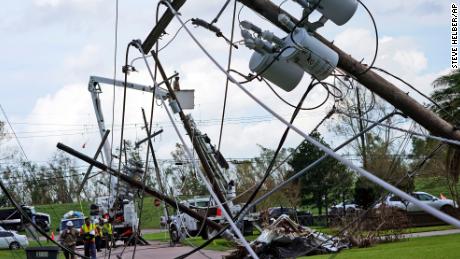 Cohan also sees advantages of burying transmission lines, not only in “Hurricane Alley” along the Gulf Coast and the Southeast US coast, but also across the forests of the West. In that region, there’s a dual risk of wildfires damaging lines and broken lines falling to the ground that can start wildfires.
“It’s not going to be feasible to move our entire system underground. It tends to be much more expensive,” said Cohan. “And underground systems come with their own risks and challenges — it can more difficult to locate where a problem has occurred. Burying things underground isn’t a panacea. But it’s definitely something that should be considered for high-priority locations.”
Both experts said it’s important to make sure that there’s a better alternative to the traditional electrical grid ready to be used to provide power once the storm has passed. That means generators not just for hospitals but also emergency shelters, grocery stores, drug stores, gas stations, hotels and municipal buildings. That way, even if people’s homes don’t have power, they can get temporary access to power they need.
Programs to help homeowners and landlords of apartment buildings install solar panels and batteries also makes sense as part of the solution.

Cost of upgrades vs. the cost of doing nothing

Much more needs to be done to make the system better able to bounce back from outages, according to Karen Wayland, CEO of Gridwise, an alliance of utilities, energy companies and other groups that advocates for a modernized electrical grid. She noted outages occur from both natural disasters and possible man-made problems, such as a hacking attack like the one that shut down the Colonial Pipeline earlier this year.
The recent problems, such as those caused by Hurricane Ida, the ice storm in Texas earlier this year that caused widespread outages and the wildfires in the west, are only going to get worse in the coming years.
“When you think about recovering from storms, you have to assume that what we’re going to get in five, 10 years will be more severe than what we’re getting even now as a result of climate change,” she said. 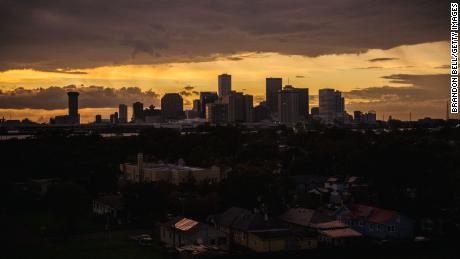 But it will take both time and massive amounts of money to fix the system. Cohan said to do the minimum to make the US electrical grid as resilient as it needs to be would cost hundreds of billions of dollars. Webber said it would cost trillions of dollars spread over decades to do the complete upgrade. The current massive infrastructure bill sets aside less than $100 billion for electrical grid improvements, though.
“It’s going to become a race against time to improve the electrical grid infrastructure,” said Cohan. “I think it’s likely even with an ambitious infrastructure program, we’re likely to be seeing major blackouts occurring and extreme events for at least the next decade.”
Webber said the nation is learning that events like this are no longer rare, and the costs are rising.
That also changes the calculation as to how much should be spent to make the electrical grid better prepared.

“We seem to be having $100 billion events every year now,” he said. “How many $100 billion to $200 billion events do we need to have to start planning for this? The real cost of doing nothing is quite high.”
— CNN’s Zachary B. Wolf contributed to this report
Source: Read Full Article