London (CNN Business)Europeans are looking beyond lockdowns and betting that the coronavirus pandemic won’t quash summer travel for a second year.

Despite uncertainty over the pandemic, millions of vacationers, particularly in the United Kingdom, have already booked trips and are spending even more than they did before the coronavirus hit, according to Tui (TUIFF).
The world’s largest tour operator said in a statement on Tuesday that 2.8 million customers are currently booked for summer 2021 — a 44% decline compared to the same point in 2019 but more than a fifth higher than the total guests it recorded between mid June and October 2020.

A spokesperson for the company, which operates 15 cruise ships and over 400 hotels, said that vouchers and amendments to previous trips account for about half of these bookings but that the pace of new orders has increased in recent weeks. Last month, average daily bookings were up 70% compared to December, Tui said.
The company, which has its headquarters in Germany, requires only small down payments on some of its summer 2021 packaged vacations and is offering free changes up until 21 days before departure on trips booked before February 9. But it does not expect to have to discount many of its trips, according to CEO Fritz Joussen.

Joussen said on an earnings call that the average price of bookings has increased 20% compared to summer 2019, driven by a higher number of packaged flight and hotel deals and demand for more expensive vacations following a year in which many people stayed home.
“Holidaymakers are catching up and are willing to pay more for their holidays,” he said, adding that the historically high savings rate in the European Union means that consumers have more to spend. “I believe we will see a good summer,” he added.
Joussen’s optimism chimes with research from the World Travel and Tourism Council, which said last month that many major travel companies have reported a significant increase in forward bookings. “A strong summer of travel is expected as the sector begins its road to recovery from late March onwards,” according to the industry body. 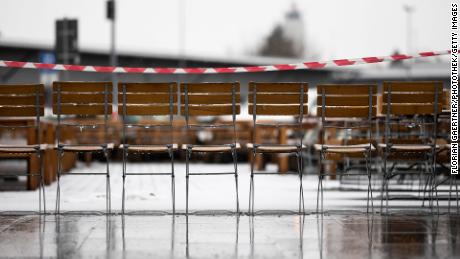 Not everyone agrees, however. New coronavirus variants led many countries to reintroduce travel restrictions and quarantine requirements in the past two months, weighing on the outlook for the vacation season.
The UN World Tourism Organization (WTO) said in January that prospects for a rebound in travel and tourism this year “seem to have worsened” and that it could take up to four years for international tourism to return to 2019 levels.
Lockdowns remain in force across Europe, and many countries are discouraging travel. The United Kingdom on Tuesday announced new rules requiring travelers from 33 countries to quarantine in designated hotels for 10 days at their own expense. Failure to comply could attract fines of up to £10,000 ($13,800) and even imprisonment.
At the same time, vaccines are expected to help restore consumer confidence and ease travel restrictions.
For Tui and other travel companies, a lot hinges on the pace at which shots are rolled out. Joussen said it was a “good coincidence” for the company that the United Kingdom’s vaccine rollout has been so rapid because it is one of Tui’s biggest customer markets.
More than 10 million Britons, or about 15% of the population, have received their first dose of a Covid vaccine, including 90% of people over 75, according to the government.
Earlier this month, Ryanair (RYAAY) group CEO Michael O’Leary said during an investor presentation that once 50% of the population is vaccinated travel restrictions should be lifted, which would support a “reasonable recovery” in air traffic through the summer of 2021. The UK government has not yet announced plans to ease restrictions.

Alongside vaccines, Joussen said that “reliable and inexpensive rapid tests” would also make it possible to open up travel and scrap quarantine regulations.
Tui said that it expects customers to book vacations much later and at shorter notice due to uncertainties around the pandemic and travel restrictions.
Source: Read Full Article