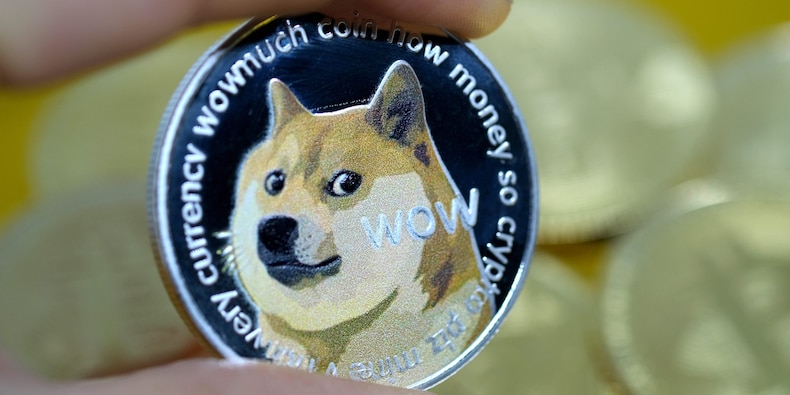 Dogecoin dropped over Wednesday night and into Thursday morning as the red-hot rally in the joke cryptocurrency faltered.

The breakneck rally in a cryptocurrency that was started as a joke in 2013 has astounded traditional financial analysts.

Dogecoin has benefited from the frenzy around cryptocurrencies that has consistently pushed bitcoin and ether to record highs over recent months.

But a groundswell of support for Dogecoin built up on the internet in recent days, boosted by celebrities such as Elon Musk. It has drawn comparisons to GameStop, the video game store whose stock traders organizing themselves on Reddit pumped up in January.

"DOGE has, of course, already experienced a massive speculative price push, which has, quite interestingly, held up for an extended period of time," Justin d'Anethan, head of exchange sales at crypto exchange Equos, said.

"Volatility is a double-edged sword, though, and prices ramping up quickly in strong days can fall back very quickly."

Neil Wilson, chief market analyst at trading platform Markets.com, said: "It's the definition of a speculative bubble and the 'greater fool theory' in action. They go up and up and when gravity decides to act, it acts fast."