London (CNN Business)Deutsche Bank’s chief executive has taken control of the lender’s troubled investment bank, a sign that dramatic changes are in the works.

The company said Friday that Garth Ritchie, who has led the corporate and investment banking unit since 2017, would step down at the end of the month. CEO Christian Sewing is taking over his responsibilities.
The departure suggests that Deutsche Bank (DB) is preparing for a major overhaul and retreat from Wall Street, two decades after it stated its global ambitions with the purchase of Bankers Trust, an American investment bank.

“I believe the bank is now ready for further transformation, and it is the right time for new leadership to take the division forward,” Ritchie said in a statement. 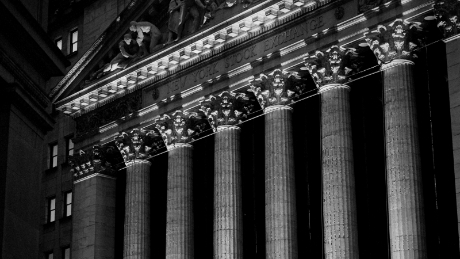 Sewing, a retail banking veteran who has led Deutsche Bank for just over a year, is reportedly preparing to ask his supervisory board to approve a major restructuring as soon as this weekend.

That is expected to entail the creation of a €50 billion ($56 billion) “bad bank” for assets that eat up too much capital, as well as up to 20,000 job cuts as the bank steps away from key areas of investment banking.
Many of the cuts are expected to hit the bank’s US employees. Deutsche Bank employs almost 9,300 people in North America, with most of those jobs in the United States. Deutsche Bank declined to comment Friday on its broader plans.

Germany’s biggest bank has struggled to find direction in the years following the global financial crisis. It has embarked on a series of overhauls that ultimately failed to produce consistent profits.
In the company’s most recent quarter, profit rose 67%, but that was due entirely to yet another round of belt-tightening. Revenue fell 9%, and the company said it would be “essentially flat” for the year. 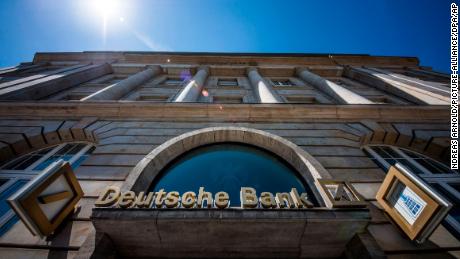 The lender has already stepped back from some investment banking activities. But the division still accounts for more than half of revenue, and it’s consuming huge chunks of capital even as it falls further behind competitors.
Investment banking revenue fell 13% to €3.3 billion ($3.7 billion) in the first three months of the year, while costs for the unit totaled €3.4 billion ($3.8 billion).
The poor performance, combined with the collapse of merger talks with Commerzbank (CRZBF), has put Sewing under pressure to dictate his new approach before the bank reports second quarter earnings later this month.

Sewing has said that costs are something the bank “can control” and he has slashed thousands of jobs since taking over in April 2018.
Those efforts have failed to appease investors. Shares hit a record low in June. They’ve since recovered slightly, but are still down more than 20% in the past year. Deutsche Bank’s stock rose 5.3% Friday.
Source: Read Full Article