Around 95 per cent of Indian companies are planning to stick with remote working for the next two years, at least, according to a survey by ManageEngine, the IT management division of Zoho Corporation, a Chennai-headquartered tech firm that makes web-based business tools. 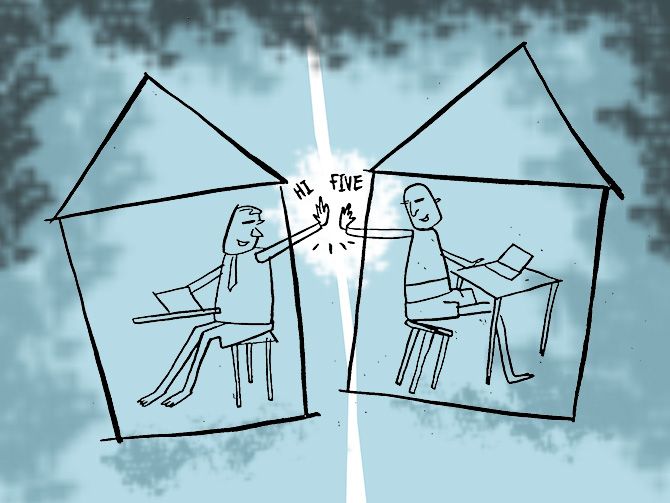 The survey covered 1,210 IT executives and technology professionals from North America, the United Kingdom, Australia, New Zealand, Singapore and India.

In India, 202 respondents from businesses with more than 500 employees across 18 industry verticals completed the survey.

Overall, 89 per cent of the respondents said implementing a work-from-home policy had increased security challenges for their organisations.

The risk posed by shadow IT was especially high, with 89 per cent of companies having no control over the software that employees purchase and install on their devices.

At least 97 per cent of the companies had increased their reliance on cloud solutions owing to the Covid-19 pandemic, and around 96 per cent said they had seen an increase in business analytics and artificial intelligence, with AI improving business insights, operations and customer satisfaction.

More than nine out of 10 executives and IT professionals reported that the pandemic had increased cloud use.

And around 91 per cent of the companies said there was increased confidence in AI, with 89 per cent firms reporting better results because of it.

The study also revealed that the tech leadership team is heavily trusted to lead the company into the future.

This was reinforced by 86 per cent of the respondents believing that IT leaders are better equipped and qualified to assume the chief executive officer’s mantle compared to those occupying roles in other departments such as sales, marketing and finance.

“The report shows that IT rem­ains a critical business enabler, especially in times like the present.

“Companies are realising that dynamic, quick, data-driven decision-making is key to build differentiation and deliver a great customer experience, which increases their reliance on AI and deep analytics,” said Rajesh Ganesan, vice president of products at ManageEngine.

ManageEngine has grown by 35 per cent in the last one year, while cloud platform and applications (under Zoho) posted a growth of around 50 per cent.

“The focus on security is the top priority, as a majority of those surveyed revealed that remote wor­kers increase security risks, specifically threat vectors to employees including phishing, targeting employee devices, malware, account hijacking, and social media exploits,” the report said.

It found that India is leading most global averages in the new skills IT professionals need to learn, with public cloud topping the list.

For Indian companies, the adoption of new technology is dri­ven by the need to improve reliability, security and competitiveness.