London (CNN Business)CEO Herbert Diess wants electric cars to make up half of the Volkswagen Group’s sales in 2030, and 100% of its sales in major markets should be zero-emission by 2040. To achieve those goals, he has to dramatically shift one of the world’s largest carmakers away from the internal combustion engine.

You want at least 50% of your car sales to be electric by 2030. Some of your competitors have more ambitious targets. Why are you a bit further back?

Diess: In Europe we are already leading. Even in the US we have been in second place for the last months, and in China we are growing fast. We think we will become the market leader for EVs … We don’t want to pull back, for instance, from Latin America, where electric cars will probably not be the solution for climate change. In Latin America, the natural way forward is to use biofuels which are CO2 neutral, which is still combustion engine. That is why we don’t say we will finish production of [internal combustion engine] cars so soon because we will need them in some parts of the world. Electrification is not the solution in every place. 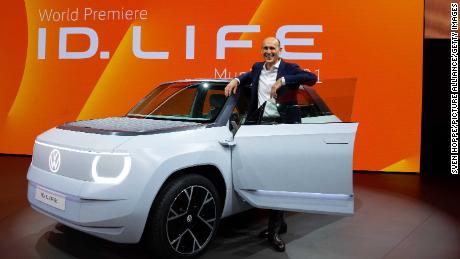 Let’s talk about the semiconductor supply crunch. Because obviously, that’s been a big problem for so many carmakers, yourself included. Do you think it’s going to get worse before it gets better? And do you think you’ll have to reduce production or close plants?
Diess: It has gotten worse already. We expected that we would have relief after the summer break, which didn’t happen because in Malaysia, we had really quite significant problems with Covid. Some of our suppliers, the back ends of our suppliers are mostly based in Malaysia, and three plants were hit hard. We think that we will overcome this situation towards the end of the month, and then we should see relief. Semiconductors will be on short supply probably for several months. 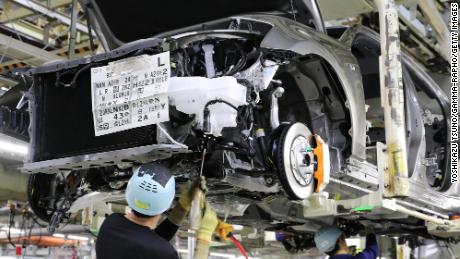 Now let’s talk about autonomous technology. Because I know that while we are all transitioning towards electric that’s something you’re really passionate about. How will the adoption of autonomous technology go?
Diess: We see a much bigger transition for the industry when cars are becoming autonomous, because cars will be used differently, used by more people. You can you can send your children or your grandparents in a car somewhere. Now imagine!
There’s a lot of of business potential and it’s still a long way to go. Our first fleets probably will come to market in 2025, and the first private cars driving autonomously also in 2025 or 2026. But it’s now time to invest, and to prepare. And that’s what we are doing. 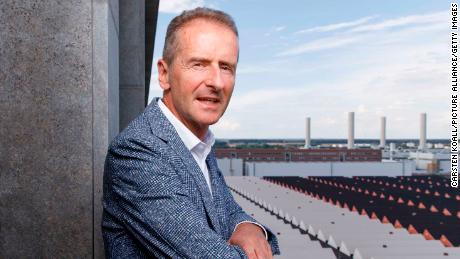 One of the big investments you’ve made recently is rental company Europcar. Is this to help with autonomous driving, and the idea that lots of people will share cars in the future?
Diess: Yeah, sharing is important. Autonomous is a different game because we think that robotaxis will play a major role, but also private cars are going to be shared … we think there’s a lot of potential for growth.
The best starting point for such a mobility platform is definitely the rental car companies. They are profitable already today. And if you add to rental, sharing, short term leases, even the fleets of our loaner cars from our retail organization, you can imagine a huge mobility platform.
Volkswagen is of course very competitive with Tesla. There have also been many parallels drawn between yourself and Tesla CEO Elon Musk, not least given your very active social media presence. Have you taken a leaf out of his playbook?
Diess: [Laughs] No, know I don’t see any parallels. I highly regard what he’s doing. I think he’s a brilliant guy. And he really makes a difference. He’s changing the world with his ventures.
I really like that he is thinking very long into the future. He’s thinking far. And he’s brilliant guy. But we are quite different. He is very focused on Tesla, on his story. I’m running a big traditional company, which we try to prepare for the future. And I think we also require different characters. I like him a lot, but I think we are quite different.
Is it true he was once tried to hire you as Tesla CEO?

Diess: I don’t know. I don’t know [laughs].
This interview has been edited for length and clarity.
Source: Read Full Article