He has assumed responsibility of one of the world’s largest fitness brands in the midst of a global pandemic — and shortly after CrossFit was rocked by a controversy involving allegations of racism and sexism within the company that alienated CrossFit gyms, athletes and sponsors.
“I think I’ve got a heavy masochistic streak,” Roza, 52, joked, before adding that leading CrossFit has actually been a longtime ambition.

“When I started doing CrossFit about 10 years ago, I very quickly wanted to get more immersed in it, I think a lot of people feel that way about CrossFit,” he told CNN Business. “Because I had this part of me that was also a kind of business builder, within a year or so of starting, I formed this crazy idea that one day I wanted to buy and lead CrossFit … The current challenges that existed within CrossFit allowed that opportunity to materialize.”
The crisis CrossFit was facing encouraged him to jump on the chance: “I felt a calling. I felt this was my time to step in.”

Roza, a tech entrepreneur and owner of a CrossFit gym in Colorado, became the new chief executive last month, after buying the company from founder Greg Glassman. Glassman resigned in June in the wake of intense backlash over his response to the death of George Floyd and the anti-racism movement sweeping the country. 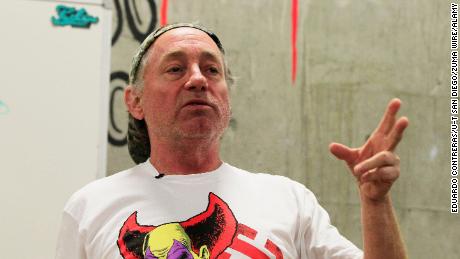 In early June, CrossFit gyms — which pay an annual fee to license the brand — began dropping their affiliations after, they said, requests for the company to speak up in support of the Black Lives Matter movement went unanswered. On a June 6 call with gym owners, Glassman said CrossFit leadership was “not mourning for George Floyd,” according to a recording obtained by CNN Business. Glassman later posted a string of controversial tweets, sparking online outrage and prompting hundreds more gyms to cut ties with the company, along with major corporate sponsors.
Roza is already striking a markedly different tone than Glassman did in his final days with CrossFit. And he is in the process of taking steps aimed at evolving the organization and rebuilding trust with the CrossFit community.
“Black lives matter, absolutely. Brown lives matter, absolutely,” Roza said. “It’s core to everything I believe as a person. Racism, sexism are absolutely abhorrent. We’re not going to tolerate them within CrossFit.”
He said Glassman’s comments about George Floyd created a sense of “cognitive dissonance” for himself and other CrossFitters — between what they were hearing from the company’s top leadership and their own experiences in CrossFit gyms.
“We knew that CrossFit, at its best, was about as inclusive as anything we’d seen,” Roza said. “We knew that hierarchies get stripped away in the gym and everyone is accepted there.”
Roza is set to publicly address the CrossFit community for the first time since the acquisition on Wednesday in a virtual town hall. 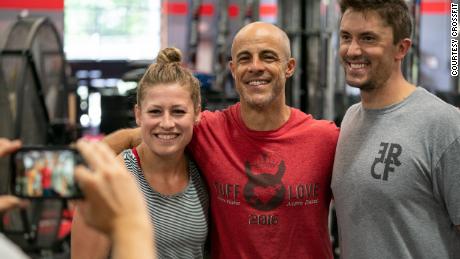 It won’t be Roza’s first time leading a company.
The Stanford Graduate School of Business alumnus was CEO of Datalogix, a digital marketing data and analytics firm, when it sold to Oracle (ORCL) in 2014. He then spent several years heading Oracle’s data cloud business. Roza started his gym, CrossFit Sanitas, in 2012. And more recently, he’s served as an “executive in residence” at General Catalyst, a venture capital firm with investments in the likes of Snapchat, Airbnb and Kayak.
At CrossFit, Roza is in the process of building a more diverse leadership team and establishing the company’s first-ever board of directors. He hired a leader for the company’s culture and inclusion efforts, and is creating a diversity, equity and inclusion council that will be tasked with ensuring the company’s continued progress.
“Things that have been top of mind for me, have been having an inclusive and diverse group of folks around me,” Roza said. “That’s really what’s going to really help us not only think about these things in the right way, but it’s also going to help us model and be walking the talk that we’re putting out there.”
Roza has plenty of feedback to work with. Since the acquisition was announced, Roza said he’s received thousands of emails and social media messages from CrossFit members and has had conversations with hundreds of them. Suggestions on the company’s website alone ranged from fixing CrossFit’s culture to figuring out how to help at-risk teens get access to the sport.
Ultimately, Roza wants CrossFit to be “the world’s leading platform for health, happiness and performance.”
The company currently boasts 14,000 affiliate gyms in 150 countries. Roza estimates that 2 million to 3 million people around the world have tried CrossFit, but he’d like that number to be 100 million. To do that, he plans to produce marketing and outreach information in multiple languages (currently, the company’s materials are largely in English) and to find other ways to connect with potential customers, such as through a mobile app that facilitates at-home workouts.

Running a fitness company during a pandemic

In the midst of its cultural reckoning, CrossFit has also had to grapple with coronavirus. In many places, gyms were shuttered for months, and some states are still not allowing fitness centers to open.
“If you’re one of these 14,000 small business owners or one of the 50+ thousand trainers who coach in these gyms, you’re worried about your livelihood; and if you’re a member, you’ve lost kind of some of the meaning and purpose in your day,” Roza said.
He said the company is currently working to advocate on behalf of its gyms (or “boxes” as CrossFit calls them) — stressing the difference between other, large gyms with lots of equipment and CrossFit gyms, which offer small group fitness classes with minimal equipment. Roza added that the boxes are typically large, airy spaces, and that the company is recommending safety protocols such as increased sanitation and mask-wearing. 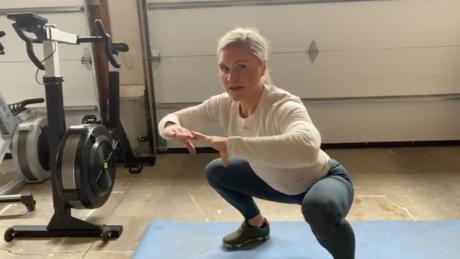 Roza brought in a Harvard-trained infectious disease expert to develop best practices for CrossFit gyms, as well as CrossFit’s first-ever chief analytics and research officer, who will monitor the company’s progress as gyms reopen.
The company is also adjusting its annual world championships for the Covid-19 era.

This year, the first round of the CrossFit Games will take place virtually — the top 30 men and women from 16 countries will compete from their homes or local gyms. The top five men and women will then advance to the in-person finals in California, and the whole thing will be livestreamed, since fans can’t gather to watch in person.
“There has always been this perception of CrossFit that it’s scary or it’s not for me,” Roza said. “When you find a great CrossFit gym, it’s none of those things that you think it’s going to be. For most people that walk through that door, a little magic starts to happen … So I’m just excited for more people to try it as a result of this and for us to earn people’s trust where we’ve lost it because when we’re not at our best, that’s not good enough.”
Source: Read Full Article