The £55.2billion borrowed last month was the highest since records began in 1993. The total government debt of £1.95trillion now exceeds Gross Domestic Product for the first time in more than 50 years. Chancellor Rishi Sunak said yesterday’s figures confirmed the severe impact of coronavirus on public finances.

He said: “The best way to restore our public finances to a more sustainable footing is to safely reopen our economy so people can return to work.”

Mr Sunak added: “We’ve set out our plan to do this in a gradual and safe fashion, including reopening high streets across the country this week, as we kick-start our economic recovery.”

Income from tax, National Insurance andVAT all dived in May amid the coronavirus lockdown as spending on support measures soared. 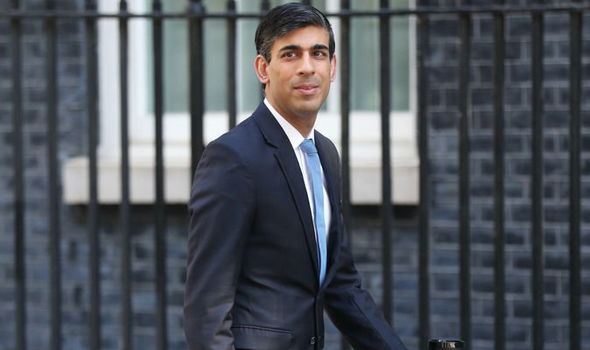 Alex Tuckett, senior economist at consultants PwC, said: “In the near term, there are signs the economy is recovering as the country reopens, and this should boost tax receipts.

“However, these figures remind us that Chancellor Rishi Sunak faces a difficult backdrop to any summer fiscal event.”

Samuel Tombs at Pantheon Macroeconomics said the emergency support measures had placed a “colossal burden” on the public finances.

The increase in borrowing came as central government receipts fell by 28.4 percent compared with May 2019 to £40.7billion, including £28.9billion in taxes.

VAT, income tax and corporation tax receipts fell by 46 percent, 29.4 percent and 14 percent respectively, the latest figures from the ONS also revealed. Paul Johnson, director of the Institute for Fiscal Studies, said borrowing this year could reach a “huge” but normally manageable £300billion.

Meanwhile, the lockdown has cost £2.5billion in lost fuel duty.

AA president Edmund King said: “Even though traffic has increased in recent weeks it is still much lower, particularly in the evenings and weekends, which is also reflected in our breakdown figures.”