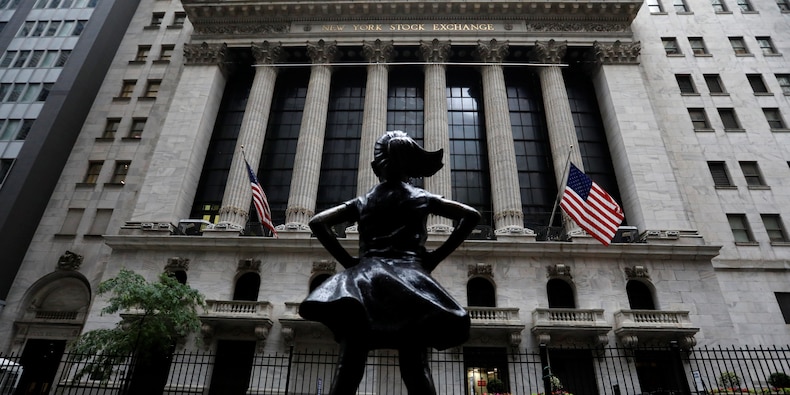 It pays to have more female corporate leadership, according to a new study from Goldman Sachs.

After examining the stock performance of companies within the European Stoxx 600 index since the 2008 financial crisis, the bank found that those with higher numbers of female leadership outperformed their more male-led peers. Companies in the top quartile of their sectors based on the share of female managers or women on the board outperformed companies in the bottom quartile by 2.5% a year.

Sharon Bell, a Goldman Sachs European equity strategist, led the study and summarized her findings in a Monday Op-Ed in the Financial Times.

“Having a greater proportion of women in senior positions is not just a diversity score to target or a box to be ticked, but is associated with a lower cost of equity, stronger share-price performance and lower volatility of shares, too. Good news for corporations, investors and society,” Bell said.

She also noted that correlation doesn’t mean causation, and the fact that companies in the top-quartile for share of women in leadership outperformed could be from several factors.

“It could be that women add more diverse opinions and take different approaches. It could be that by hiring from a broader pool that includes both sexes, companies are able to attract the best talent,” said Bell.

Read more: Alex Umansky has been one of the world’s best stock pickers for years, and his fund is making 6 times more than the competition in 2020. He told us the 4 pillars to his investing approach.

The percentage of female board members in Europe’s top 600 companies has increased in the last 20 years, but the share of female managers has not risen at the same speed, according to Goldman. Roughly 30% of Stoxx 600 board members are female, but just 6% of all CEOs are female. And while some sectors including retail, media, travel and leisure, healthcare and financials have more female employees than males overall, all sectors have fewer than 50% female managers.

Business News:
European Shares Rally On Upbeat Data
US officials believe Russia launched a disinformation campaign against the Pfizer COVID-19 vaccine to boost the status of its own: Report
A Zoho exec explains the benefits of staying private even as the productivity firm competes against public giants like Atlassian and ServiceNow
NBA All-Star Game 2021: Start time, schedule, rosters and format
New stimulus proposals look like a guaranteed income experiment. Early results show whether it will work
Recent Posts