The first-generation Latina student from Sleepy Hollow High, 25 miles outside Manhattan, wasn’t sure she’d get in, considering John Hopkins accepts just 11% of applicants. But when the selective university announced it was going “test-optional” and wouldn’t require SAT or ACT scores for applicants, Urgiles decided she’d take a chance. And she was far from the only one.

College applications soared for the 2021-22 school year as thousands of students took advantage of relaxed test score policies during COVID-19. America’s colleges, on average, experienced a jump in applications of at least 11% –  including public, private and selective universities, plus historically Black colleges. That’s according to Common App, which provides a one-size-fits-all application to more than 900 colleges and universities.

At selective schools – where the acceptance rate is typically less than 50% – the spike was largest: Applications increased by an average of 21%. 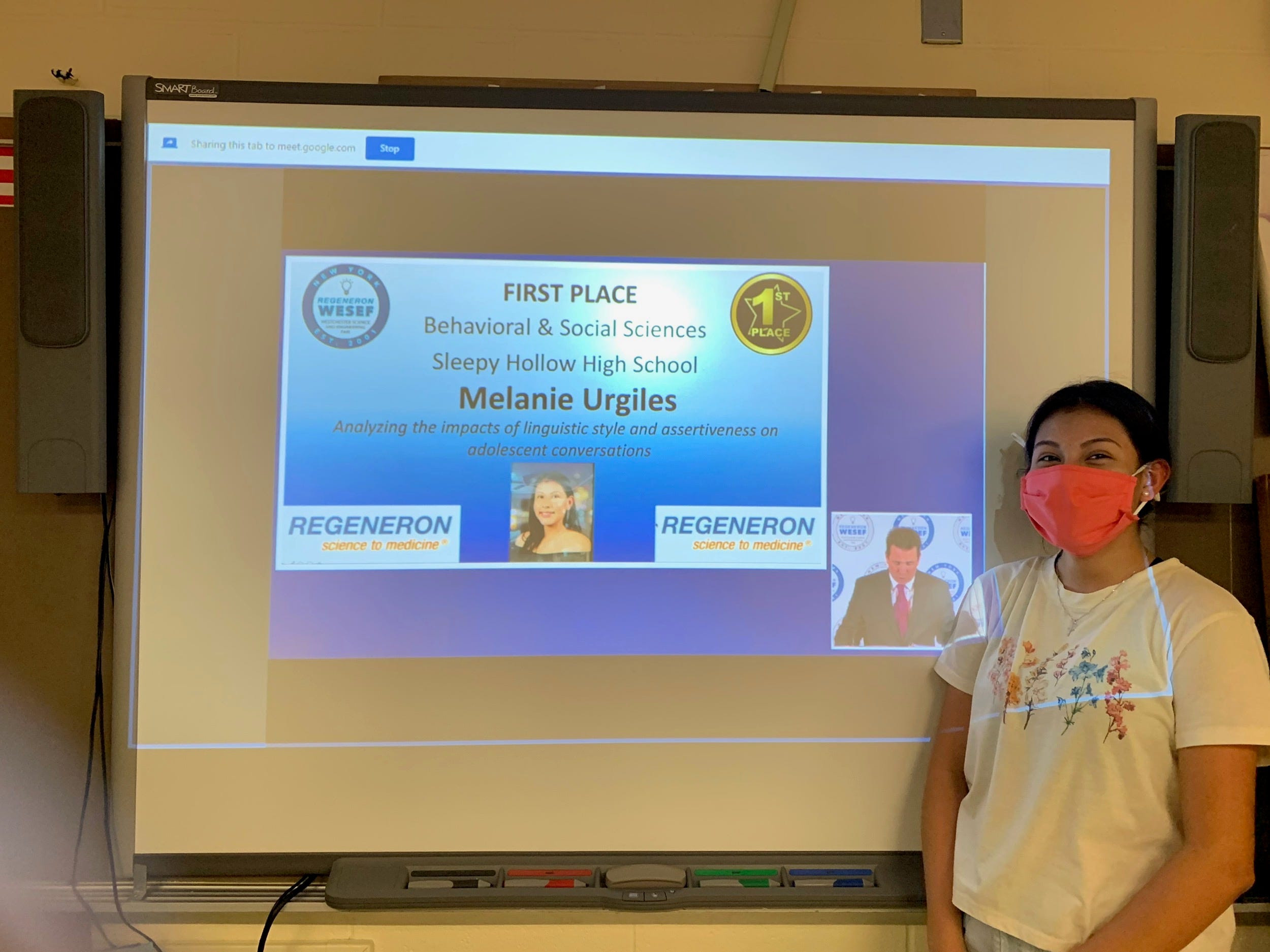 Melanie Urgiles was pleasantly surprised to find out she was accepted at Johns Hopkins University. (Photo: Courtesy Melanie Urgiles)

“The silver lining of COVID is that many of these selective institutions had historically diverse application pools,” said Jenny Rickard, CEO of Common App. “The pandemic underscored the importance and value of higher education. People who were able to work from home or keep their jobs, for the most part, had college educations.”

Colleges say SAT, ACT score is optional for application during COVID-19, but families don’t believe them

Urgiles, from Sleepy Hollow, was elated when she got her Johns Hopkins acceptance letter. The 17-year-old, who hopes to work in health care, applied to 15 schools, getting into eight. For her, optional test scores weren’t just a pleasant surprise but a necessity as the pandemic led to the cancellation of every SAT test within driving distance.

“I would be curious to see my SAT score if I could have taken it,” Urgiles said. “But at the same time, I don’t think students should be confined to what a standardized test says about you.”

Khari Davis said he was “stalking” the University of California system, waiting to see whether its colleges would go test-optional.

Davis, 18, is from Tallahassee, Florida, but always dreamed of attending school in the Golden State. He had his eye on UCLA. His college adviser, a family friend, told him he should send in his scores, because schools “would be thinking about it subconsciously.”

“She said if it came down to two students, and one sent in a test score and one didn’t, they were going to pick the one who did,” Davis said. “I sent them in because I want to make myself competitive.”

Davis got into 15 of 16 schools he applied for, including UCLA. After conversations with family and friends, he decided instead to attend Howard University, a historically Black college in Washington.

‘I want it for me’: 1st-generation college student beats COVID-19 barriers to stay in school

Howard, which accepts 32% of applicants, is one of the selective schools experiencing a spike in applications. According to Common App data, applications at HBCUs jumped 13%, but Common App works with just 13 of the nation’s more than 100 HBCUs. 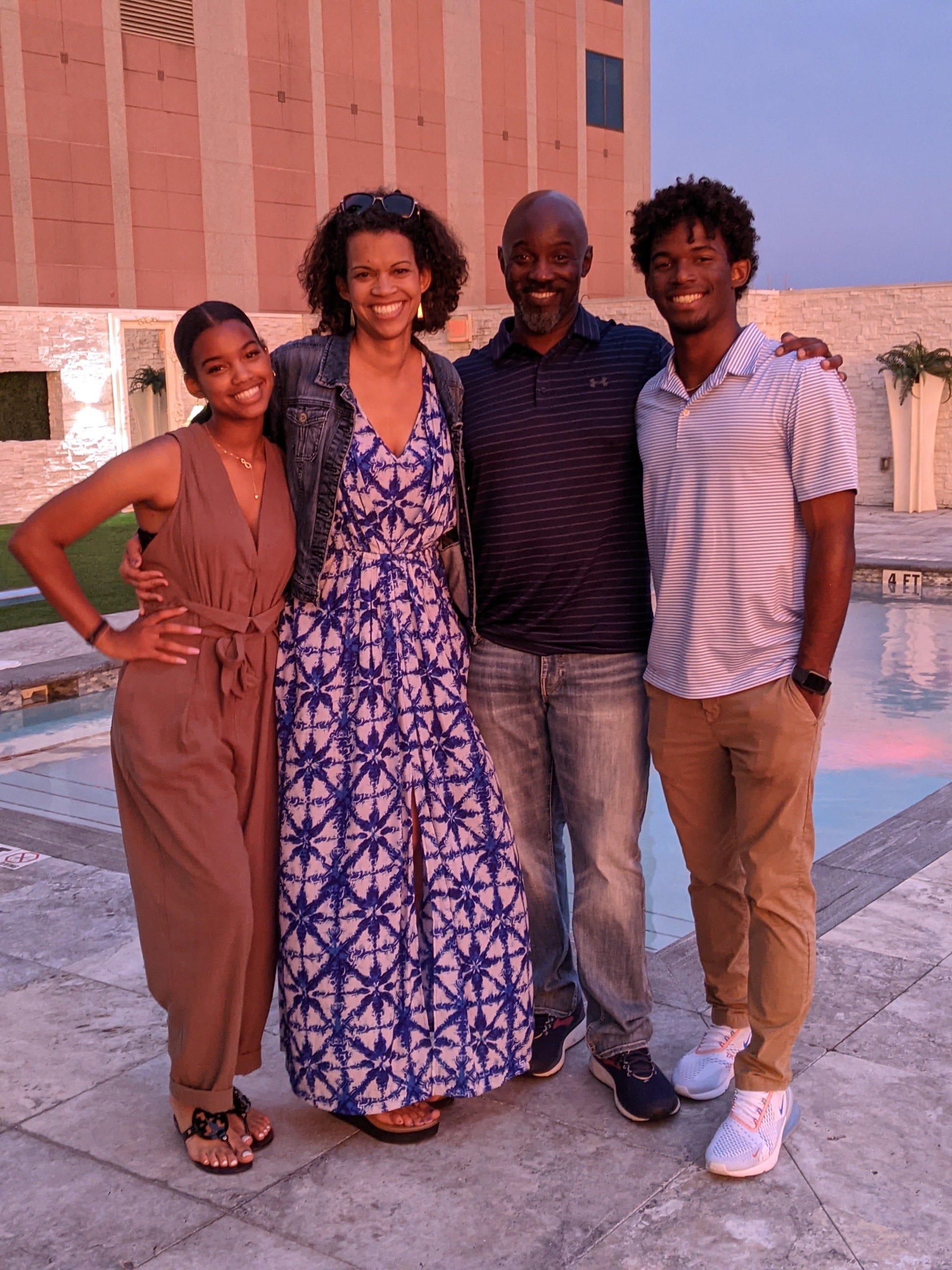 Khari Davis, right, said of historically Black colleges and universities: "People are finally realizing what these schools are and what the potential is." (Photo: Provided by Shairi Turner-Davis)

At Hampton University in Virginia, another selective HBCU, application numbers were up 39% – a surge Angela Nixon Boyd, the dean of admissions, didn’t see coming.

“It was crazy,” Nixon Boyd said. “I thought we would see fewer applications because of the pandemic creating a lot of economic issues for families. The predictions were that a lot of students would perhaps not go to college because they felt they’d need to go into the workforce right away. But we saw something different.”

Nixon Boyd, a Hampton graduate, attributes the barrage of applications to a number of factors. From Beyoncé’s Coachella performance in 2018 that celebrated traditional HBCU drum lines to Vice President Kamala Harris’ status as a Howard graduate, from philanthropists giving HBCUs life- and endowment-changing money to superstar athletes repping HBCU gear during the NBA playoffs, the colleges are experiencing a mainstream cultural moment like never before. Even babies who can’t say the word “college” can get in on the action: Carter’s, the children’s clothing store, released a line of HBCU wear in February.

“This exposure matters a lot,” Nixon Boyd said. “For high school students who are thinking about higher education, it validates their existence. I think for people currently attending HBCUs and graduates, we want and need recognition. But when you’re young, you need validation – you need people who believe in what you believe in, support what you support.”

That’s exactly why Davis, the student from Tallahassee, picked Howard

“When I chose Howard, it shocked people,” said Davis, who will probably study biology and hopes to walk on to the Bison soccer team. “I always get three questions: ‘What is it, where is it and why did you choose it?’”

When he breaks it down, people understand. Davis explains that Howard, like other HBCUs, will provide him with a community of students who look like him and give them “a social and cultural experience that you won’t get anywhere else in the country.” In the aftermath of the murder of George Floyd and America’s ongoing racial reckoning, Davis is ready for even more people to grasp the importance of HBCUs.

“People are finally realizing what these schools are and what the potential is,” he said. “For a student that’s going to Howard, I love it.”

Davis didn’t have trouble navigating the application process, in part because of two college-educated parents and his college adviser. For other students, it wasn’t as simple.

In Houston, Nathaly Martinez said she didn’t think college was an option. After giving birth in February to a baby girl and opting to spend the entirety of her senior year of high school in virtual learning, Martinez figured she’d have to go into the workforce immediately. 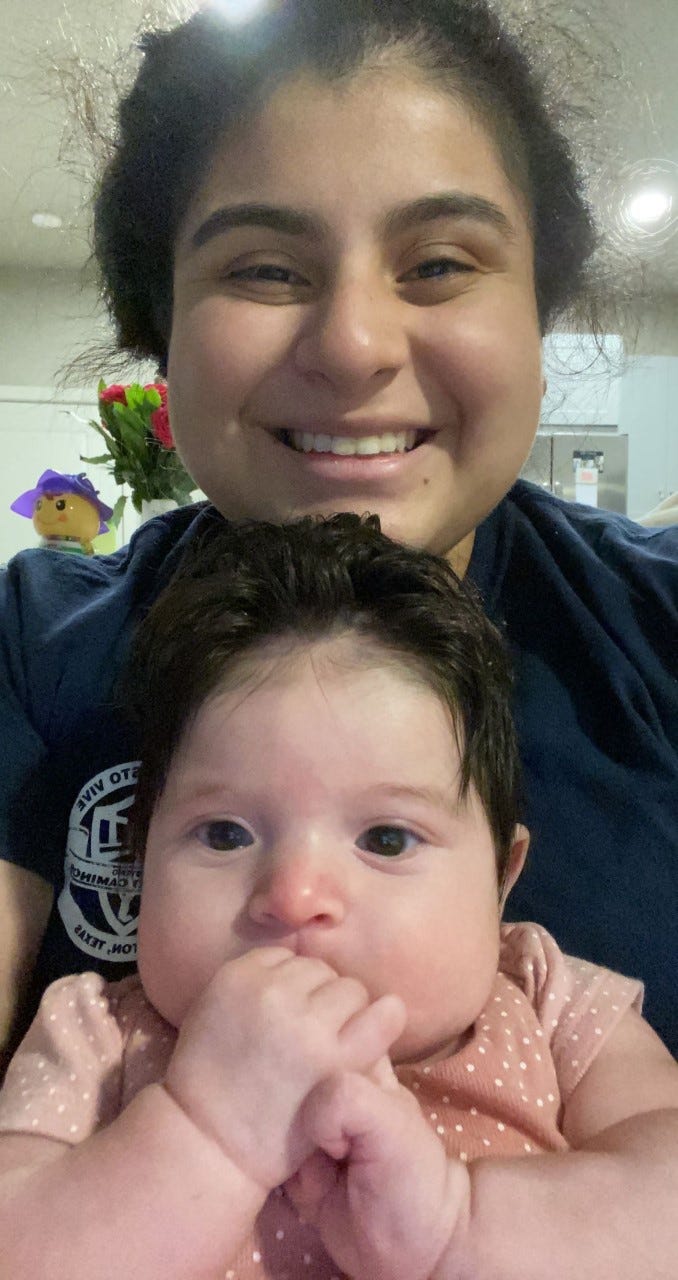 Nathaly Martinez expected she'd have to start working immediately after graduation, but after a conversation with her school counselor, she decided to attend college. Martinez says she's inspired to go to college partially because of her daughter, Alainah Martinez Padilla. (Photo: Provided by Nathaly Martinez)

A conversation with her guidance counselor convinced her that it couldn’t hurt to apply. Once acceptance letters started rolling in, “it motivated me and gave me more faith in myself,” Martinez said.

Martinez will enroll at Houston Community College in August. She got into a handful of four-year state schools, but HCC made the most financial sense. She plans to study nursing.

In Portland, Oregon, Evelyn Minjarcs-Carrillo spent all of her senior year in distance learning. That meant there was no school counselor to stop in the hallway and ask for help with applications. She often turned to Google. Minjarcs-Carrillo applied to 26 colleges, including Harvard, taking advantage of the test-optional movement. She wasn’t upset to miss the SAT.

“I couldn’t take it, then I was advised to skip it because it wasn’t needed, and it wasn’t necessary to spend the time studying,” said Minjarcs-Carrillo, who will start at Oregon State in the fall and plans to major in public health. “It’s not built for people of color or low-income students, so why even try?” 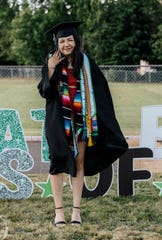 Evelyn Minjarcs-Carrillo didn't take the SAT before applying to college. “It’s not built for people of color or low-income students," she says, "so why even try?” (Photo: Courtesy Hayes Peterson)

That’s a common attitude about standardized testing. Rickard said one-third of Common App’s 1.2 million students sought to be the first in their family to attend college, and many of them applied to schools that might have previously seemed out of reach.

“We need a revolution,” she said. “This is our moment to do it. The college admissions process has been so entrenched and immovable for decades. But COVID showed us things can change.

“This is an opportunity for us to look at ourselves and ask, ‘What are we doing to prevent access to college, and how can we change it?’”