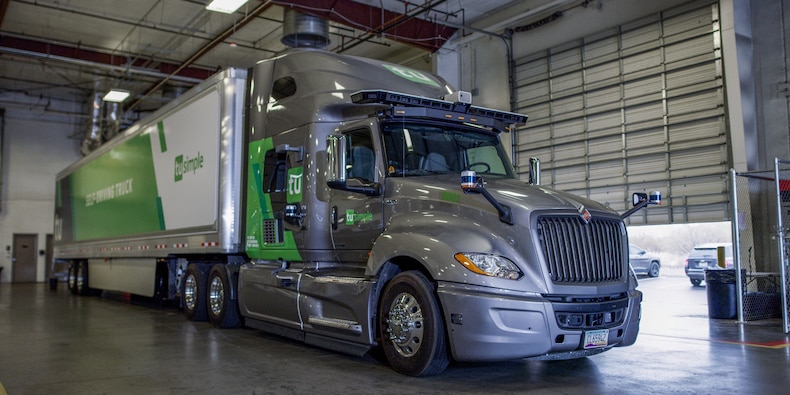 The San Diego, California-based firm saw its stock struggle in its first day on the open market, trading down as much as 19% before recovering to break even at $40 for the day. Shares debuted on the Nasdaq under the ticker "TSP," and traded down as much as 9% on Friday before a mild recovery.

Wood's flagship fund, the ARK Innovation ETF, picked up 2,350,496 million shares of the self-driving truck maker during the volatile day of trading.

The combined holdings of both ETFs were worth over $123 million as of Thursday's closing price.

TuSimple raised $1.35 billion in its IPO this week, selling almost 34 million shares for $40 each. At that price, the firm is valued at nearly $8.5 billion.

TuSimple is the perfect thematic addition to Cathie Wood's active exchange-traded funds due to its focus on autonomous driving, but the company is yet another unprofitable holding for Ark Invest.

Last year, TuSimple posted a net loss of $178 million on revenue of just $1.8 million, according to the firm's S-1 prospectus.

TuSimple was founded by Dr. Xiaodi Hou, a renowned expert in computer vision software from the California Institute of Technology, in 2015.

The company raised over $648 million in seed funding before going public from big-name investors like Volkwagen Group, Goodyear Ventures, and Navistar, per Crunchbase.

The firm also counts UPS and the US Postal Service as backers.

The release of TuSimple's self-driving trucks isn't expected until 2024, however, meaning losses at the firm will likely continue in the neat term.

TuSimple uses lidar technology supplied by Aeva Technologies, which went public on March 15. The company hopes to improve efficiency and safety in trucking while lowering costs and reducing the carbon footprint of the industry.

It has created an "Autonomous Freight Network (AFN)" that stretches from Phoenix to Houston with the goal of "allowing freight to be moved from point to point safely and reliably using autonomous trucks."