Joseph E. Stiglitz is an American economist and a professor at Columbia University. A recipient of the Nobel Memorial Prize in Economic Sciences, he is a former senior vice president and chief economist of the World Bank and a former member and chairman of the Council of Economic Advisers during the Clinton administration. His latest book People, Power, and Profits: Progressive Capitalism for an Age of Discontent, is coming out in paperback this month. The opinions expressed in this commentary are his own.

The federal bill just passed was an impressive response to the economic consequences of the coronavirus pandemic. But we should not refer to it as a “stimulus” package. That’s a misnomer: It’s not like 2008, when the economy faced insufficient demand because of problems in the financial sector. Then, a stimulus was what was required. Here, the problem is not lack of demand, but an implosion of the economy because of COVID-19.

The first priority is to ensure that we have the right economics to protect our health — that’s why assistance to hospitals and paid sick leave is so important. But beyond that we need to protect our citizens to prevent the extremes of deprivation and stress that would otherwise arise, and to put our economy on a sound footing for recovery once the pandemic is under control. What the US economy needs is for the money to get into the right hands quickly and to keep workers linked to their employers.

In that respect, the bill rightly sought to strengthen the US unemployment insurance system, which is among the weakest in the advanced countries both in terms of coverage (the fraction of workers entitled to benefits) and replacement rates (benefits as a ratio of normal pay). If forecasts are correct, the burden on the unemployment insurance system will be enormous. The 3.3 million workers who registered for unemployment benefits last week increased the number of unemployed Americans by some 50% from the 5.8 million US workers unemployed in February. And that latest number is likely low because some couldn’t get through to the unemployment offices to register. Coverage for freelance workers and those in the gig economy is also an important part of the deal that will help make sure these people get much-needed support — but it will lead to unemployment benefit numbers increasing still further. Extending the period of coverage for unemployed workers and increasing payments will also be key provisions protecting the estimated 20% to 30% of the labor force that is likely to be unemployed. 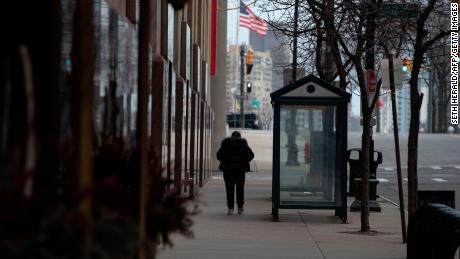 The package also attempts to prevent people from falling through the cracks by providing $1,200 to individuals earning $75,000 or less or $2,400 to couples earning less than $150,000, although it does not go far enough to ensure financial stability for most Americans. It was a fantasy for the Trump administration to suggest it could send the checks out in two weeks. It took two weeks to get legislation passed, and now the administration says it will take another three weeks for those funds to reach taxpayers for whom the IRS has the requisite data. It will take even longer for the rest. With so many Americans living paycheck-to-paycheck, unable to cover a $400 emergency, this delay could be calamitous.
There is an urgency here: If families can’t pay the landlords, and the landlords can’t pay their bills, and so forth down the line, we could get a gridlocked economy that would be hard to start up in the future. I’ve seen this in other crises, and we don’t want it here.

Given these problems, it was important that the legislation included provisions that many other countries have introduced — things like protection against eviction and foreclosure on homes with federal mortgages and a stay on interest payments on federal student debt. But the legislation didn’t go far enough: It should have included a stay on all evictions and mortgage foreclosures, credit cards and car repossessions. The stay for credit cards is especially important, given the high interest rates charged by credit card companies. Without it, many families will find themselves with unmanageable debt.
In addition to helping individuals, we must also sustain the economy and its financial system. Normal monetary and fiscal policy, while helpful, won’t suffice because both supply and demand have been deeply perturbed. In 2008, monetary policy may have prevented the collapse of the banking system, but it didn’t lead to a quick resuscitation of the economy. So too here.
In 2008, the credit crunch came from the top down, from the bad behavior of the banks. Here it will come from the bottom up, because when people’s income sources dry up, they won’t be able to pay their bills, with cascading effects throughout the economy. For this, we need more of a bottom-up response than in 2008. The $1,200 checks will be vital. Small businesses will also need the variety of benefits that are included in the legislation, including deferrals on certain tax payments and SBA loan repayments, grants and low-interest loans.
Then there are the bailouts. Giving money to companies that squandered the opportunity to put money aside for a rainy day because they opted for massive share buybacks is not the way. That’s old-fashioned trickle-down economics, which has never worked. We need to distinguish between bailing out companies and bailing out their shareholders and bondholders. I have argued that loans should take the form of convertible bonds with warrants, so taxpayers get adequate compensation for the risk they bear, and the interest should be linked to their past behavior — if they’ve put themselves in this position by share buybacks and if they’ve been a tax avoider. And there should be conditions on this money based on employment, governance, the treatment of labor and the environment.
The Democrats succeeded in putting in restrictions on the behavior most likely to outrage citizens: taxpayer money being used to pay executives’ exorbitant salaries or to buy back shares. They have also prevented companies from taking the money and laying off workers.

The best way to keep powerful companies in check

Where Trump went wrong in the US-China trade war

What is most lacking in the package is an adequate sense of prioritization. We’ve forgotten the first lesson of economics: Because resources are scarce, we need to prioritize. Should we be rescuing luxury hotels when our states may not be able to maintain essential services? When our universities, hard hit by losses of endowments and threatened by declining enrollments from foreign students, may have to cut back, including in grants they give to poor students? Just because a sector is able and willing to pay for more lobbyists or make larger campaign contributions does not mean it is more deserving of assistance.
While this is not perfect legislation, it’s far better than I had thought it would be. Many of the measures originally proposed by the administration, like a payroll tax cut, wouldn’t have done the trick. That measure wouldn’t have delivered money to where it’s needed the most. Little would have trickled down to the workers, and workers who have lost their jobs would have gotten nothing. Even worse it would have been another corporate profit tax cut. The 2017 cut didn’t generate investment and didn’t raise wages; it primarily led to almost a trillion dollars of share buybacks.

These measures won’t save all the restaurants and other small businesses that are closed as part of the steps taken to slow the spread of the coronavirus; but, if we can mobilize quickly, it will save the millions of Americans who will have no sources of income from economic ruin, it can stave off the bottom-up financial crisis that is likely to arise otherwise, and it will put us in a far better position for recovery once the pandemic has been conquered.
Extraordinary times require extraordinary measures, and these are extraordinary times.
Source: Read Full Article