Experts say while the increasing demand for a ban on Chinese goods might make for good optics, the reality is that India is still heavily dependent on that country in a wide range of industries like electronics, mobile devices, auto, pharma, telecom equipment, and fertilisers. 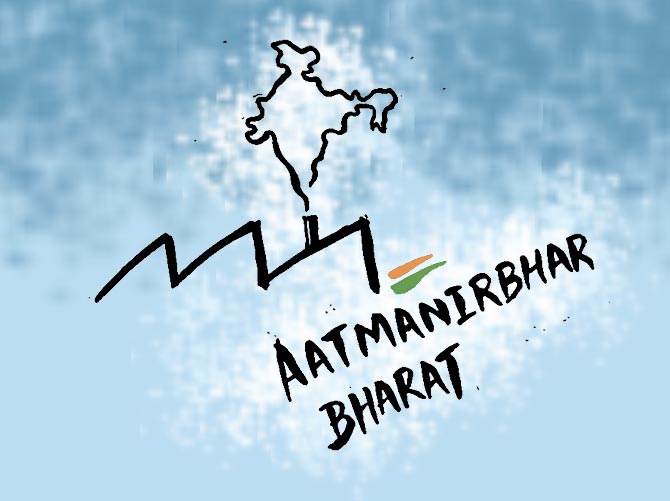 The “Made in India” tag on your smartphone hides one very important fact: There is a very large proportion of China within the device.

Import of mobile phone components (including printed circuit boards) during April-February FY20, according to government figures, hit $7.5 billion – of which 25 per cent was from the land of the dragon.

Hari Om Rai, chairman of Lava International, said: “Yes, we are vulnerable. Import content in our phones vary from 60-80 per cent. And China constitutes anything between 20 and 50 per cent of that.”

Experts say while the increasing demand for a ban on Chinese goods might make for good optics, the reality is that India is still heavily dependent on that country in a wide range of industries like electronics, mobile devices, auto, pharma, telecom equipment, and fertilisers.

Take auto for instance: India imports $17.6 billion worth of components annually, with China accounting for 25-27 per cent.

It also accounts for 30 per cent imports in the replacement market for auto components, where price is key.

Executives of the Automotive Component Manufacturers Association say China offers critical components at a competitive price, which makes it important in the supply chain.

A senior executive of an automaker said: “For instance, to move from BS-IV to BS-VI, one needs time to develop the technology.

“If there is a sudden surge in demand for new components, for which your vendors require 18 months, you import them from China.”

Price competitiveness is key to China’s dominance. In a recent interview to Business Standard, S N Subrahmanyan, managing director & CEO of India’s largest engineering company, Larsen & Toubro said, “We go to the best and most efficient supply chain, and at the moment it is from China.

“If the Make in India campaign catches up and if there are Indian manufacturers who are efficient both in terms of pricing and technology, we will look at those sources.”

Other industries would agree.

For instance, the pharma industry is over-dependent on China for both active pharmaceutical ingredients (APIs) and intermediates called key starting materials (KSM).

One key reason is that it is at least 30 per cent cheaper to import from China, than other competing global suppliers.

Yet, the over-dependence could have a serious impact on availability.

This was clearly visible when there was a shortage of Vitamin C and common antibiotics, as manufacturers in China closed operations after the COVID-19 outbreak.

However, some steps are now being taken to reduce dependence.

Under the new plan, the government will incentivise local production.

It has identified 41 products in which India is over-dependent on China.

The story is no different for fertilisers.

China’s share in imports of diammonium phosphate is over 45 per cent, and 13 per cent for urea.

For both urea and DAP, local production has not kept pace with demand.

“We can import them from West Asia, North Africa, or the US, as there is plenty of supply. But the price of imports will rise 25-35 per cent,” said K Ravichandran, group head at ICRA.

Consequently, some course correction is being made in urea (the most popular fertiliser), with nearly 4-5 public sector plants increasing their capacity.

In telecom, equipment makers say 40-45 per cent of the gear is imported from China, not jut from Chinese firms like Huawei or ZTE, but also European giants that have factories in China.

Telcos love this, of course, despite strong opposition against allowing Chinese in the 5G equipment business (as US has done).

That is because Chinese banks that work in tandem with Chinese telecom equipment makers extend long-term credit lines.

But after various failed attempts to bring manufacturing to India, DoT has now mooted a productivity linked incentive scheme for telecom equipment, which could make India into a manufacturing and export hub.

The Chinese domination is consumer electronics is palpable. If you use a LED TV, chances are that the panel will be from China.

That is because 80 per cent of LED panels are imported from there.

“Until India has economies of scale or become an export hub no one will come.”

The stranglehold of the Chinese in domestic TV manufacturing is reflected in the fact that while the value is going down India imported over Rs 81,000 crore of TV parts in 2019-20 (till February).

In durables like AC for instance-60 per cent of the cost is the compressor.

And as there are only few companies which have set up compressor AC units about 80 per cent is imported from China again.

Of course some companies are now sensing an opportunity.

Says B Thiagarajan MD of Blue Star India which is ramping up local value addition: “This is an opportune time to reduce import dependence from countries like China by building local manufacturing.”