A wildfire with a “dangerous rate of spread” broke out in Napa County Sunday morning, with the area facing extreme wildfire conditions including dry, hot winds from the east/northeast.

California Governor Gavin Newsom said on Monday that the winds are expected to die down overnight. But Much of Northern California is under a red flag warning for high fire danger through tomorrow night.

The Glass Fire in Napa began around 4 a.m. Sunday between Calistoga and St. Helena. The fast-moving fire scorched over 1,000 acres early Sunday. Over the past 24 hours, the blaze “grew substantially,” according to Governor Gavin Newsom. The fire is 0% contained.

The fire has damaged several wineries, including the popular Castello di Amorosa near Highway 128, which was reportedly impacted.

Also off Highway 128 is the Pumpjack Winery, which Newsom founded and co-owns. The winery sits about 4 miles south of the Glass Fire evacuation zone, which ends on Highway 128 at Sage Valley Road. The evacuation zone extends down to the west of Newsom’s winery, as well. 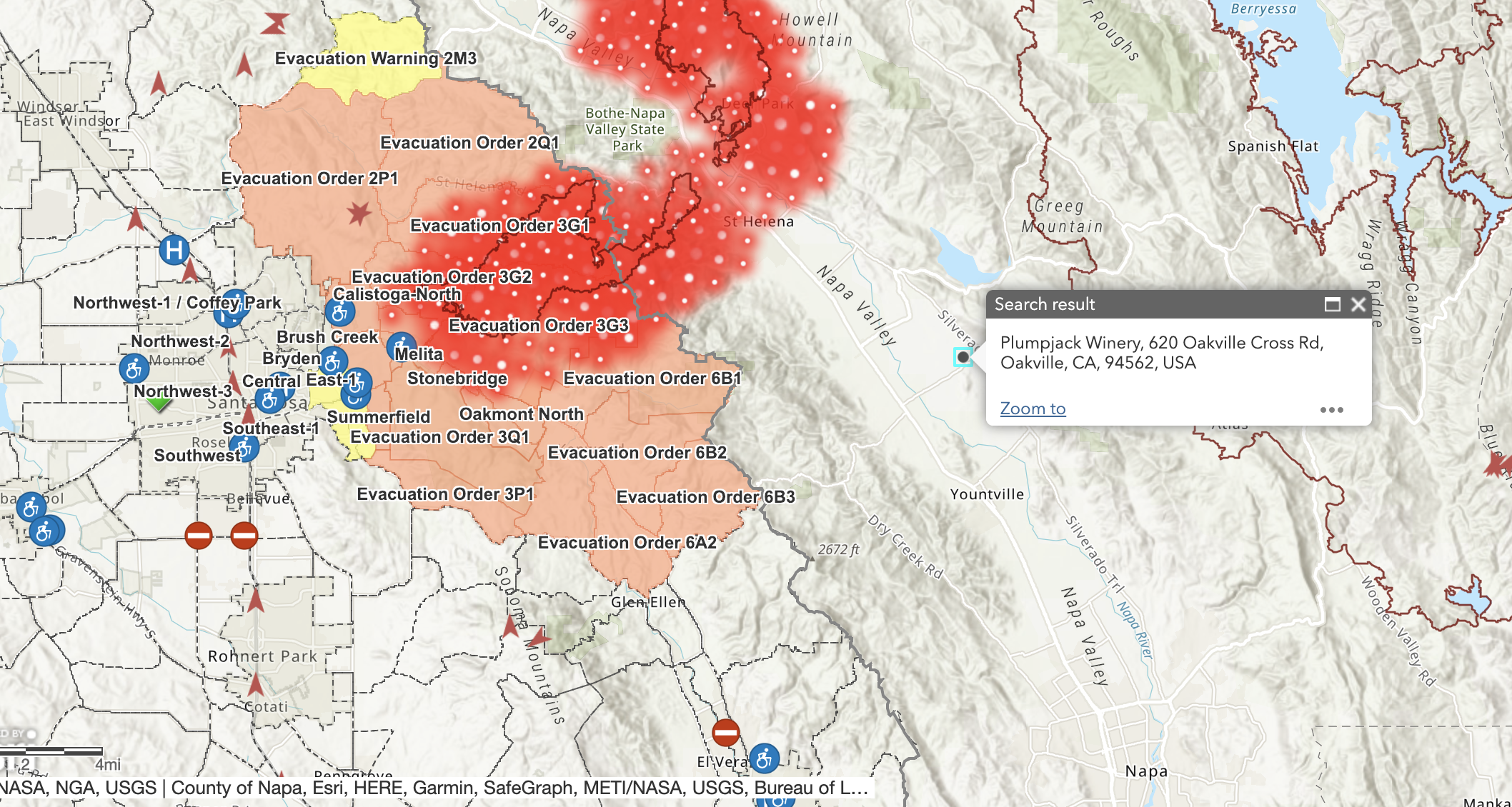 And just 10 miles or so to the east of Newsom’s property sits the LNU Complex Fire. That fire — which contains the once-separate Hennessy Fire — has scorched 391,000 acres and has been burning for 41 days. While the LNU Complex Fire is 98% contained, with a red flag warning declared through tomorrow night, the east/northeast winds being seen in the region would tend to spread the fire toward Newsom’s property. 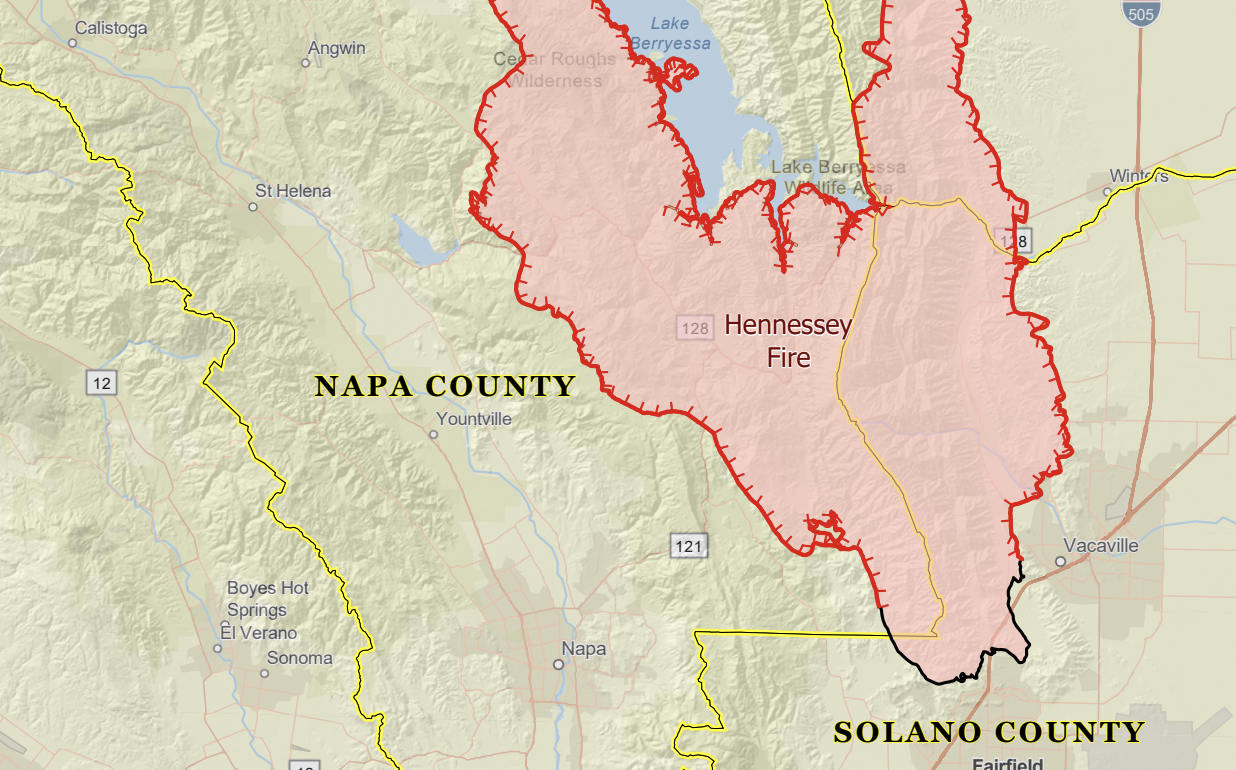 The winery was founded by in 1995, Newsom and Gordon Getty. The latter is heir to the Getty oil fortune and, according to Forbes, currently worth just over $2 billion.

Local outlets reported in early July that PlumpJack received a loan worth $150,000 to $350,000 from the Paycheck Protection Program, according to data released by the U.S. Treasury Department.

Asked whether his winery has benefitted from relief funds, Newsom was emphatic and curt.

“You would have to ask the people that are running those businesses. It’s in a blind trust. Period. Full stop,” Newsom said.

Some Californians were upset after Newsom closed all but essential businesses in March while Plumpjack was open until early July.

Newsom encouraged residents in the area, and presumably workers at his winery, to evacuate when told to do so.

“When Cal Fire…call[s] for an evacuation,” said the governor, “please take it seriously.

“We really, really cannot say it enough: Please heed local law enforcement,” said Newsom, “so those angencies can focus on mitigation instead of evacuation.”

Here’s a photo of the ash falling in Santa Rosa from the glass fire:

Meanwhile in Southern California, the Bobcat Fire in the Angeles National Forest is upward of 60% contained. Fire officials were feeling good about the general state of the conflagration, except for one area.

“We’re still having trouble with the Mt. Wilson area. That terrain is difficult,” said a fire official on Monday morning.

So far this year 3.7 million acres have been burned by wildfires in the state.

There are currently 27 fire complexes being fought across the state.