Outlay for infra is also expected to see a significant increase in view of the government’s Rs 111-trillion investment plan under the national infrastructure pipeline to develop social and economic infrastructure over five years. 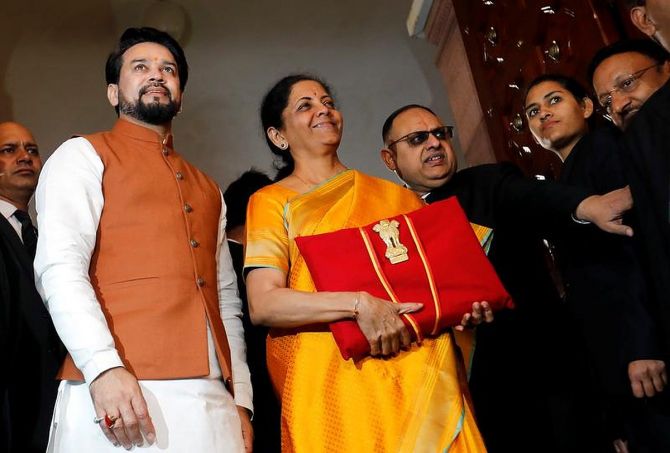 As the government kickstarts the Budget exercise for 2021-22 under unusual circumstances and stressed revenue position, health and infrastructure sectors are set to be in focus.

The outlay for health, including vaccine expense, is expected to be at least 50 per cent higher than FY20-21’s allocation of Rs 67,111 crore.

Outlay for infra is also expected to see a significant increase in view of the government’s Rs 111-trillion investment plan under the national infrastructure pipeline to develop social and economic infrastructure over five years, starting this year.

“The Budget will not be a constraint as far as the vaccine is concerned, so the health sector will be given prime importance.

“The outlay will certainly have to rise significantly as it is not only about the vaccine expense, but also about the supporting infrastructure and distribution channels.

“We have done some preliminary estimations on what our commitment will be, and we will fund it fully,” said a government official.

Infrastructure will continue to hold primary importance as capex has a multiplier effect, which is required to spur economic activity, the government official said.

The 15th Finance Commission is also learnt to have recommended increasing the combined outlay — by the Centre and the states — on health to 2.5 per cent of gross domestic product (GDP) in line with the national health policy of 2017, as against 0.9 per cent currently.

About 0.6 per cent of that comes from states and close to 0.3 per cent from the Centre.

In the first half of FY21, about 58 per cent of the Rs 67,111 crore allocated to the ministry of health and family welfare for the fiscal has been utilised.

Within that, the department of health research has already exceeded Budget allocation of Rs 2,100 crore by 7 per cent.

As of September, the department had utilised Rs 2,248 crore.

The department had utilised only 52 per cent of the Budget allocation by this time last year.

This was beside the cost of vaccine and logistics for its distribution.

“Whatever is required for that (the vaccine cost and distribution logistics), as and when it is required, will be provided,” Sitharaman had said.

Recently, the finance ministry sought ideas and suggestions for Budget 2021-22. It created a dedicated email ID to receive suggestions from various institutions and experts.

According to Aditi Nayar, principal economist, ICRA Ratings, for FY22, expenditure should focus on health, social security as well as capital spending.

“It may be difficult to bring the fiscal deficit back under 4 per cent of the GDP in the immediate term. However, capital spending must be enhanced to maximise the growth recovery,” she said.

The finance ministry has been asking infrastructure ministries and states to re-open tenders after the break due to the pandemic.

“Last month, we committed to additional capex of Rs 25,000 crore for 2020-21, which underlines government’s commitment to the infrastructure sector,” said another official.

India is hosting the G20 in 2022, hence, infrastructure will continue to remain central to the upcoming Budget process, the official said.

The outlay for just transport infrastructure for 2020-21 stood at Rs 1.69 trillion.

The government has also announced Rs 12,000 crore in interest-free, 50-year loan to states for capital projects.

Revenue continues to be a constraint with the mop-up contracting by 21.6 per cent in the first half.