‘The robust tax collections give the finance minister a fair amount of headroom for an expansionary fiscal policy.’ 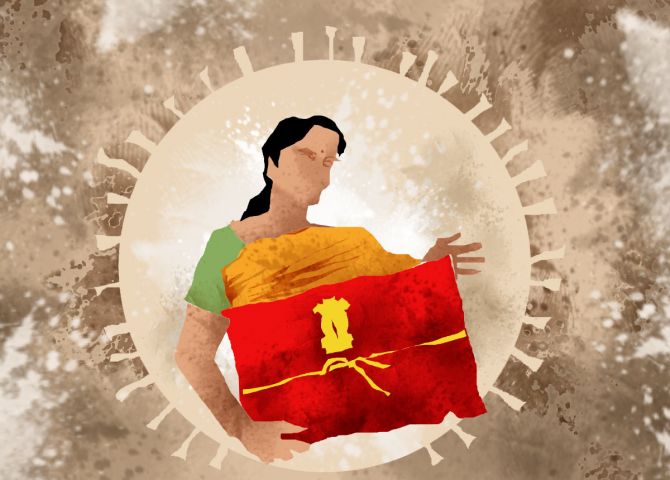 Ahead of the Union Budget 2022-2023, which is to be presented on February 1, former chief statistician Pronab Sen tells Asit Ranjan Mishra/Business Standard, “If you give an income tax break now, it is unlikely to lead to a sufficiently high consumption response.”

What are your thoughts on the first advance estimates of GDP for financial year 2021-2022 released recently?

What it points to is that though GDP is slightly above the FY20 level, consumption is seriously below that, which we need to take account of because that can actually present long-run challenges.

By and large, the (consensus) view is that the lower tiers that are high consumers have lost out in favour of those with higher income, who are high savers.

That’s something we need to worry about.

The plus point in all the data was capital formation, which was unexpectedly strong.

We know capital formation in the government and corporate sector was fairly strong.

But given the weak numbers that banks have been putting out, the gross fixed capital number came as a surprise.

The question, therefore, is where these numbers are coming from, because the banks are still not lending very much.

Do you think then the first advance estimates are overestimating GDP growth?

I suspect that they are. It does not factor in the third wave at all.

At this moment, we don’t know how the third wave is going to play out.

What we do know is that it doesn’t depend so much on the spread of the disease, as it does on the kind of restrictions that various governments at the state and local body level put in place.

What do you think are the major challenges before Finance Minister Nirmala Sitharaman while she prepares her fourth Budget?

The big challenge is inflation.

We have gotten into the trap of thinking too much about consumer price index (CPI) based inflation because that’s what the RBI uses.

But if you look at what is possibly the most accurate measure of inflation, the GDP deflator, that is around 8.5 per cent in FY22.

While CPI inflation may be muted, wholesale price index (WPI) based inflation remains in double digits, which means sooner or later there is going to be a pass on to CPI.

However, it is not obvious that the finance minister can do very much about it in the Budget.

What she can do is take the responsibility for growth away from monetary policy and bring it squarely into fiscal policy and instruct the RBI to look after inflation.

But if RBI increases interest rates aggressively, that will adversely impact growth…

Yes it will, but then you can have offsetting fiscal policy, which can come in the Budget.

What it would mean is monetary contraction and fiscal expansion.

So what can the finance minister do in terms of fiscal expansion in the Budget?

That is the big question. The robust tax collections give the finance minister a fair amount of headroom for an expansionary fiscal policy.

The question is will she make use of that headroom or will she go for an early fiscal correction.

My preferred option is that she should actually take advantage of the headroom and have a fiscal expansion and tell the RBI to focus on moderating inflation.

Do you think some leeway could be given on the personal income tax front?

That’s by and large a bad idea, simply because people who are paying income tax are the ones who have done reasonably well.

The people who are suffering are the ones who don’t pay income tax anyway.

So, if you give an income tax break now, it is unlikely to lead to a sufficiently high consumption response.

What it will probably lead to is a fairly high savings response.

You don’t need extra savings at this point.

What we need to do is to be able to get income in the hands of those who continue to suffer, whose consumption is quite seriously down from the 2020 level.

That will not be achieved by a tax break. It will have to be achieved in the expenditure side.

But the government so far has focussed mostly on the supply side measures.

Do you think it will change track with this Budget?

Well, I hope so, because the supply side measures have not worked.

We have been trying them for two years now.

So, it’s about time we learn and start focussing more on the demand side.

What you think the finance minister should do on tricky issues like cryptocurrencies? Do you think it should wait till there is a global consensus?

The point is what happens when there is an interface between cryptos and the sovereign currency.

That you need to be able to check. One of the things that the government had done and I thought was fairly sensible was to instruct the banks to not exchange cryptos for cash.

But that I believe has been struck down by the courts.

The other way cryptos can affect the economy quite significantly is through the foreign exchange market.

If somebody actually is trading with cryptos and converts them into dollars in the US, they can transfer the dollars back into India through the foreign exchange market. That can create a problem.