To enable widen the fiscal deficit beyond the permissible limit under the present legislation, the government may have to propose amendment to the FRBM Act in the Finance Bill. 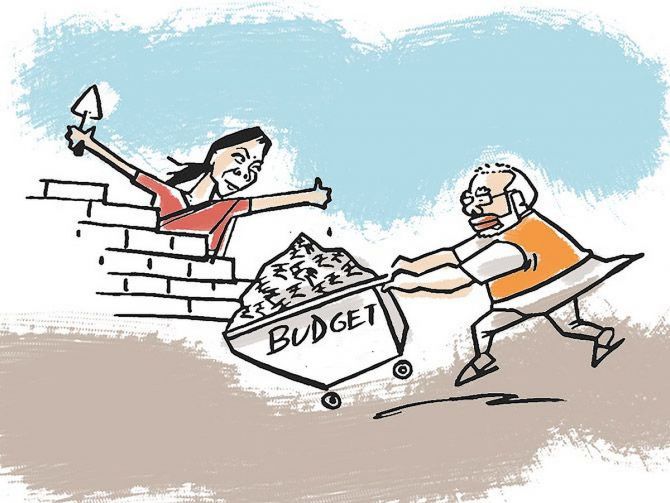 The Centre is likely to lay down a road map in the upcoming Budget to reduce its fiscal deficit to 4 per cent of gross domestic product (GDP) by 2025-26.

This is necessary because there will be demands for expansionary policies, even in the next couple of years.

This implies the government is set to deviate from the long-standing medium-term target of 2.5-3 per cent of GDP as prescribed by amendments to the Fiscal Responsibility and Budget Management Act (FRBM).

The government had changed the recommendations of the N K Singh Committee on fiscal consolidation and targeted bringing down the fiscal deficit to 3.1 per cent of GDP by 2022-23 (FY23).

However, to enable widen the fiscal deficit beyond the permissible limit under the present legislation, the government may have to propose amendment to the FRBM Act in the Finance Bill.

“Keeping the whole fiscal maths in mind, along with the numbers of the first three quarters, it is expected that the fiscal deficit of the current fiscal year may be higher than the Budget Estimates (BE) of 3.5 per cent.

“So, achieving a 3-per cent medium-term target looks unlikely.

“In the next five years, we will aim for around 4 per cent, which is good enough. The ultimate aim is economic revival and that is possible with structural reforms and spending.

“However, it has its unanticipated fiscal implications,” a senior official said.

The change in the fiscal road map would come in the wake of contracting GDP growth and a big mismatch in revenue collection and expenditure due to the Covid-19 pandemic.

The fiscal deficit in the first half of the fiscal year touched 10.71 per cent of GDP, based on the second-quarter national accounts data released by the National Statistical Office.

The deficit has surpassed the BE by a whopping 35.1 per cent till November of the current fiscal year.

With the contracting economy, any amount of fiscal deficit would be a higher percentage of GDP than projected at the time of the Budget presentation last year.

“The economy has been slowing for the past three fiscal years and tax revenue growth has fallen, whereas expenditure has been rigid. In the given situation, if you have a revenue deficit, it means the government is financing the current deficit, which is not in line with the FRBM’s mandate.

“Since India has a large infrastructure deficit because of the swallowed debt market, a rise in fiscal deficit, which is expected in FY21, is unlikely to reduce sharply,” said India Ratings chief economist Devendra Pant.

He said as long as the share of the revenue deficit in the fiscal deficit went down, it was a welcome sign, assuming additional borrowing would be for financing infrastructure in the country.

The revenue deficit was almost 40 per cent higher than the BE in the first eight months of the current fiscal year.

The FY21 Budget used the escape clause to the maximum to widen the Centre’s fiscal deficit by 0.5 percentage points beyond the fiscal consolidation road map for 2019-20 (FY20) and FY21.

The BE had pegged the deficit at 3.3 per cent of GDP for FY20, but the Revised Estimates projected it to be 3.8 per cent.

The deficit turned out to be much more at 4.6 per cent of GDP that year.

The fiscal deficit is the difference between a government’s expenditure and revenues.

When revenue is higher, the Budget is seen as fiscal surplus.

The FRBM Act initially wanted the government to rein in its fiscal deficit to 3 per cent of GDP by 2008-09.

The Budget that year did target reducing it by 2.5 per cent.

However, after the Lehman crisis and fiscal expansionary policies by the Centre, the fiscal deficit was over 6 per cent of GDP that year.

After that a 3 per cent deficit target remained elusive.

The N K Singh panel, constituted to review fiscal consolidation, wanted the deficit to be 3 per cent by 2017-18 and keep it at that level for the next two years, that is, till FY20.