As the exits and resignations from Britney Spears’ controversial conservatorship snowball, the focus has now turned to the bottom line of the singer’s more than $50 million fortune. Specifically, one day after temporary co-conservator Jodi Montgomery requested big bucks for increased security amidst death threats, the singer’s father and co-conservator wants to solidly put the kibosh on handing out any more cash. 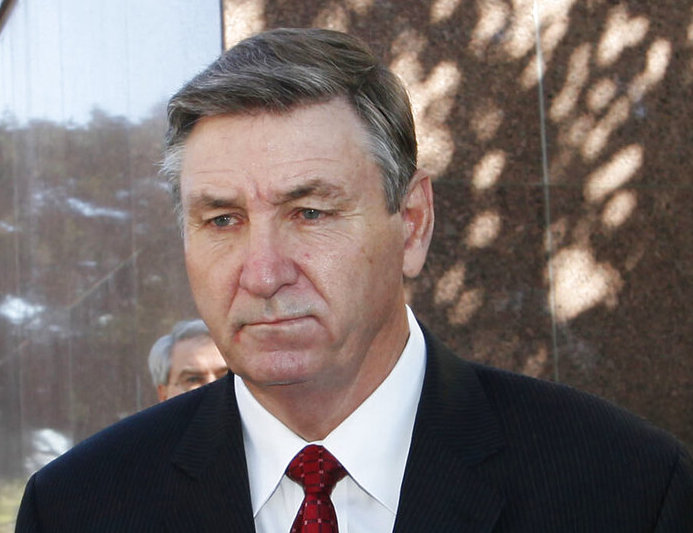 “If the Court grants the Ex Parte Petition, it is anticipated that Ms. Montgomery will not be the only one requesting additional protection to be paid by the Conservatorship Estate,” the opposition from the elder Spears states (read it here). “The nasty rhetoric and threatening emails, social media posts, and voicemail messages are pervasive and ongoing and impact multiple people involved in or related to the Conservatorship, including the Conservatee, Mr. Spears, other family members, Ms. Montgomery allegedly, and many of their attorneys and other professionals involved – some more than others, and some more threatening than others,” the potentially pugilistic filing adds.

Facing the alleged harsh intimidation that has come out of the glaring spotlight of Britney Spears’ sometimes shocking remarks to LA Superior Court Judge Brenda Penny and others on June 23, Montgomery is asking for $50,000 a month for 24/7 protection.

Citing threats of “violence and even death” in her July 7 petition, court appointed licensed private professional fiduciary Montgomery said that “security has determined the security risk to be serious enough to recommend that 24/7 physical security be provided to Petitioner on an interim basis in order to protect her from harm and until such time as Petitioner can make certain security improvements at her home office/residence.”

Part of the not so passive aggressive showdown between the co-conservators, one who is distinctly not in his daughter’s good books and one who at least has a working relationship with the singer, will be over time, as well as money.

Montgomery’s admittedly pricey petition calls the new security funding request something that is on an “interim basis.” However, the elder Spears refers to the request “as too vague and open-ended, and improperly and inexplicably seeks to shifts the burden of ensuring her safety to Mr. Spears.”

With wealth management firm Bessemer Trust dropping out of its role last week as co-conservator for the 39-year old Spears’ career and finances, the power of writing the checks is solely in the hands of Jamie Spears. In that vein, the elder Spears, who has dominated the unique and complex arrangement over his daughter since it was instigated in 2008, isn’t interested in playing the bad guy, so to speak.

“It is not appropriate for Mr. Spears to be put in the position of picking and
choosing who among the many individuals impacted by the Conservatorship should be permitted to charge the expense of live security services to the Conservatorship Estate,” the opposition put in the Los Angeles Superior Court docket on Thursday dispassionately said. “As a licensed professional fiduciary, Ms. Montgomery should pay for any security services personally as a cost of
doing business.”

This matter, like so many others apparently in the Spears’ conservatorship, will be addressed in a still scheduled July 14 hearing in Judge Penny’s DTLA courtroom.

Long the subject of criticism over the often shrouded workings of the arrangement that leaves Britney Spears will little agency in her own life, Jamie Spears filed documents on June 29 seeking a probe into “serious allegations” raised by his daughter in her telephone statement to the court on June 23. There is certainly a civil war swipe of sorts embedded in the elder Spears’ filing of late last month. If for no other reason than revelations of an IUD that Britney wants out and medication side effects fall under the purvey of the 2019 appointed Montgomery, who is in charge of the singer’s personal affairs.

Swirling around all this is the resignation of Britney Spears’ court appointed lawyer Samuel Ingham III and her long time manager Larry Rudolph earlier this week. Yesterday, among other moves in the much maligned conservatorship, Jamie Spears’ ex-wife and Britney’s mother Lynne Spears sought approval from the court to have her daughter be able to pick her own attorney in lieu of the exit of Ingham. The matriarch has no official role in the conservatorship, but is listed as an “interested party,” for obvious reasons.