Riding high on a just released hit duet with Elton John, Britney Spears dropped even more new audio today lashing out at her parents and others for the restrictive conservatorship held her captive under for over a decade.

“How did they get away with it?” says the ‘Hold Me Closer’ singer in a now deleted 22 minute audio soliloquy posted on her official YouTube channel earlier Sunday. “And what the fuck did I do to deserve it?,” Spears emphatically adds of the legal entanglement run by her father and others over her career, personal life, finances and more from 2008 to 2021. “How the fuck did they get away with it? How is there a god? Is there a god?”

“I get nothing out of sharing all of this,” the recently married performer states at the opening of the recording, noting a fear of “judgement” and blowback. “I have offers to do interviews with Oprah and so many people for lots and lots of money, but it’s insane,” Spears says. “I don’t want any of it. For me, it’s beyond a sit-down proper interview.” 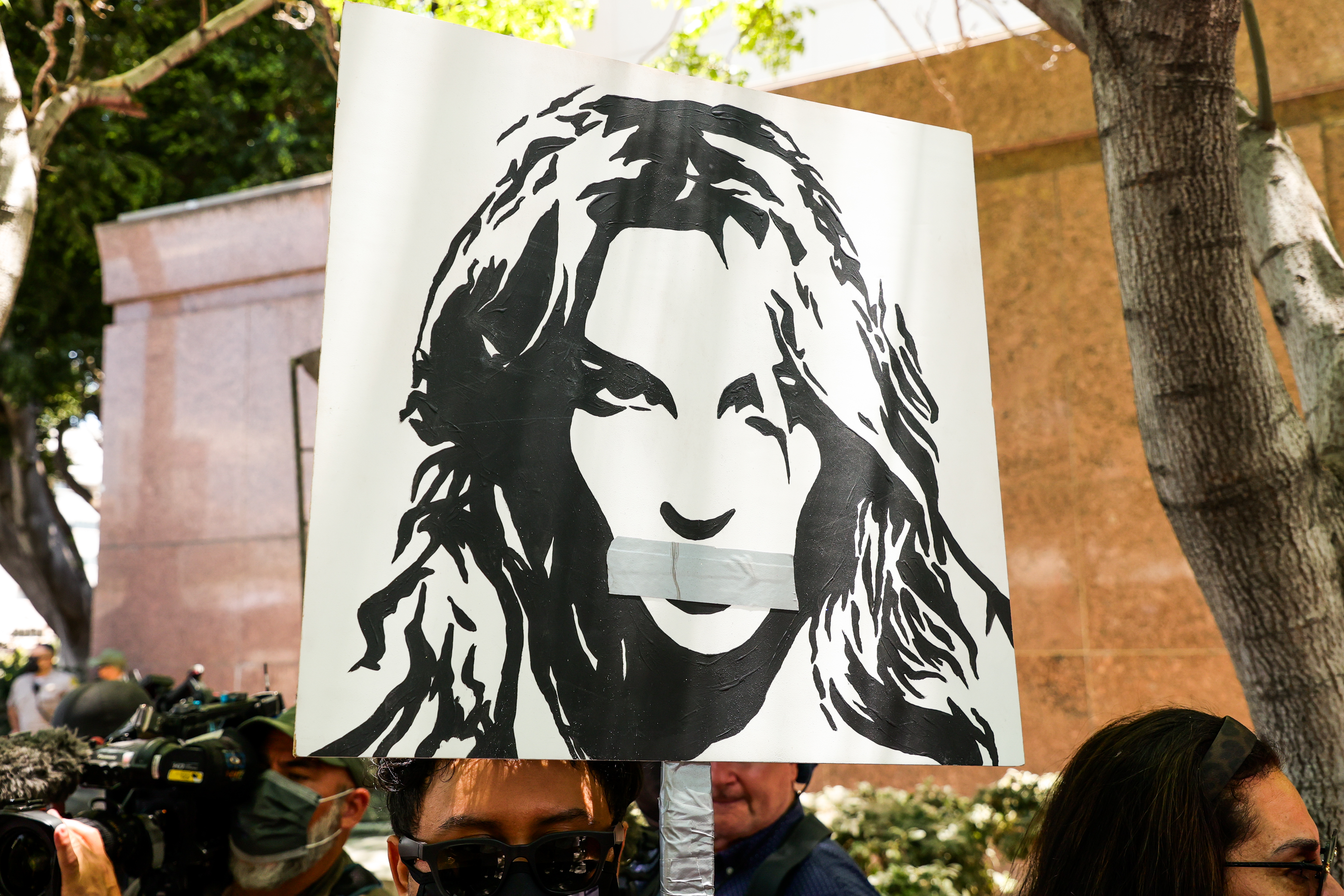 Spears’ lawyer Matthew Rosengart could not be reached for comment on the recording that went up and came down for public consumption today. However, Deadline has confirmed that the voice on the now private recording is Britney Spears.

While crystalized and sharpened in many ways, the fact is a lot of what is to be found on the recording today reiterates what Britney Spears said in court over the past few years. After a sharp elbowed and dirty laundry filled legal showdown that began in 2020 and continued for many months in the media spotlight, as well as the constant outcry of the fan-based #freebritney movement, the conservatorship was finally terminated on November 12, 2021.

Traversing all over her life under the thumb of the conservatorship, her family’s role in the heavily surveilled situation, her lucrative multi-year Las Vegas residency, a secret relationship, and her return to music with the Elton John collaboration, Spears in the audio offering today presented a more intimate coup d’œil than almost ever before. “They literally killed me,” she says of her father Jamie Spears, her mother Lynne and her other relatives. “They threw me away. That’s what I felt like, my family threw me away.”

“I know now it was all premeditated and a woman introduced the idea to my dad and my mom actually helped him follow through and made it all happen,” Spears declares of the conservatorship that was seemingly fast tracked through the courts as the singer appeared to be having difficulties and was shattering the pop idol box she had been placed in.

“I was so so weak, I was scared, broken,” the ‘Toxic’ singer says toward the end of the recording. “I’m sharing this because I want people to know I’m only human,” Spears continues poignantly. “I do feel victimized after these experiences and how can I mend this if I don’t talk about it?”

“f you’re a weird introvert oddball like me who feels alone a lot of the time, and you needed to hear a story like this today, so you don’t feel alone, know that my life has been far from easy and you’re not alone,” she concludes.

On the flip side, Spears also notes in the recording that she is back making music again for the first time since 2016 and loving it. “I haver an amazing song right now with one of the most brilliant men of our time, and I am so grateful,” she says of the August 26 released tune with Elton. Fueled by a phat club beat and processed vocals from Spears, ‘Hold Me CLoser takes elements of past Elton hits like ‘Tiny Dancer,’ ‘The One,’ and ‘Don’t Go Breaking My Heart.’

Hours after the audio from Spears was posted, the singer took to Twitter to offer clarification on the point of the amount of blood that was taken from her – a point that seemed a tad excessive, even for her extremely excessive conservatorship:

While Spears herself is free of the restraints of the conservatorship, the legal jousting is far from over.

The singer’s father Jamies Spears and her ex-business mangers at Tri-Star Sports and Entertainment Group are facing questions from Rosengart in LA Superior Court over how the younger Spears’ $60 million fortune was used during the conservatorship and who was paid how many millions for what. Added to the mix is also allegations that the elder Spears subjected his daughter to intense and invasive surveillance by hired security teams.

Longtime on and off conservator Jamie Spears denies bugging Britney’s bedroom, electronic devices and more. Yet, in today’s audio recording Britney Spears almost nonchalantly mentions she believed her phone was tapped during the conservatorship, and thereby prevented her from being able to seek independent help.

Spears’ mother Lynne responded of a sorts to the audio recording of today. “I have tried my best to help you out of hardships!” said the matriarch in part in an Instagram post late Sunday. “I have never and will never turn my back on you!”

Britney Spears clearly has a very different take on what really went down.