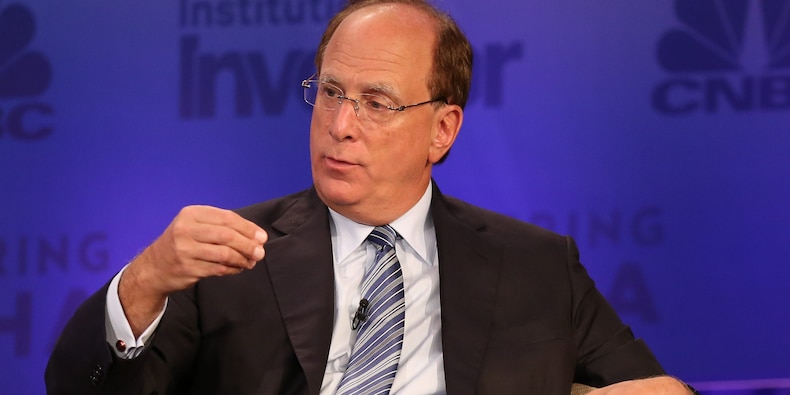 BlackRock's CEO Larry Fink said that he's fascinated by the idea of cryptocurrencies as an asset class, but emphasized that his institutional clients haven't showed much interest in them during a Thursday interview with CNBC.

"I don't want to suggest that we have perfect information, but our broad based client relationships have had… very little inner connectivity on the conversation on crypto," he added.

His insights show a divergence from the dominant narrative that institutional interest has been responsible for the recent surge in bitcoin and cryptocurrencies more broadly. (Though some crypto researchers argue that retail investing had a large role in driving the latest leg of bitcoin's rally.)

Fink said his conversations with institutional clients have focused more on climate risk, deficits, and inflation than cryptocurrencies.

But he also noted that BlackRock's client base doesn't represent the entirety of the market. None of his clients were conversing about GameStop and Reddit, yet those entities represented a major component of financial markets, Fink said.

Although its clients aren't showing widespread interest, BlackRock itself has invested in cryptocurrencies. The firm's investment chief told CNBC last month that BlackRock had begun to "dabble" in bitcoin. In January, the asset manager authorized two of its funds to invest in bitcoin futures for the first time. The two funds are BlackRock Strategic Income Opportunities and BlackRock Global Allocation Fund.

"We've made money on it, but I'm not here to tell you that we are seeing broad-based interest by institutions worldwide," Fink concluded.