The Black Friday sale no longer lasts only a day – retailers have already started discounting in the run-up to 27 November.

Here’s a roundup of some of the offers:

• Aldi is running a Black Friday sale online and waiting until the day itself to launch its deal. It is offering a Nintendo Switch for £229 – £50 off the going rate. Other deals include a Lego Millennium Falcon kit for £59.99.

Black Friday: brush up on prices as that ‘deal’ might not be a bargain

• As the winter nights get longer, now may be the time to add a little security and peace of mind to your front door. With £60 off, the latest Ring Video Doorbell 3 could be the simple upgrade you’ve been looking for at only £119 from Amazon, Ring and other retailers.

• If you’ve been considering upgrading to pay-TV, Sky’s 50% off deal may save you a fair chunk of change over 18 months. Plans start from £25 a month, plus a £20 one-off setup charge, with Sky Sports and Sky Cinema available at half price.

Online shoppers fail to get parcels but struggle to get refund

Also at Very, Apple’s AirPods Pro noise-cancelling headphones are reduced from £249 to £199.

• Nespresso is selling a VertuoPlus coffee maker and Aeroccino 3 milk frother, plus 100 capsules, as a package for £89 until 2 December. The coffee maker on its own has a recommended retail price of £199, although it is currently selling for £99 on the site. 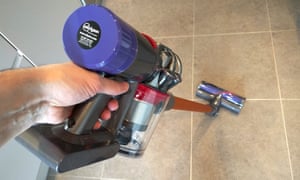 • The Dyson V8 Absolute Pro cordless vacuum has £100 off at the Dyson website until 1 December. It usually costs £399. The similar V8 Absolute Extra is subject to the same offer at Currys and John Lewis.

• The Natural History Museum is running two promotions: until 23 November there’s 50% off some adults gifts, including scarves, T-shirts and socks, then between 27 November and 1 December there will be half-price deals on kids’ gear and homeware, including a dinosaur backpack for toddlers reduced to £9.

• Lakeland has a range of deals on kitchen gadgets. A Lavazza Jolie Coffee Machine with Milk Frother is half price at £64.99, while a Joseph Joseph Elevate 5-Piece Knife Carousel has been reduced to £62.99 (it’s usually £89.99 there but £80 and Dunelm).

• Asda’s Black Friday sale has started, and at the time of writing it was offering a Lego City Brick Box for £20, which is £15 off the standard price, and a Shark Anti Hair Wrap Cordless Vacuum Cleaner, which was down from £349.96 to £197.

• Argos has offers across a range of items, with deals that stand out including Beats by Dre Studio 3 Wireless Headphones Decade Edition reduced from £189.95 to £149.95, and a third off an X Rocker Esport Pro Stereo Audio Gaming Chair with Subwoofer (£99.99 – down from £149.99).