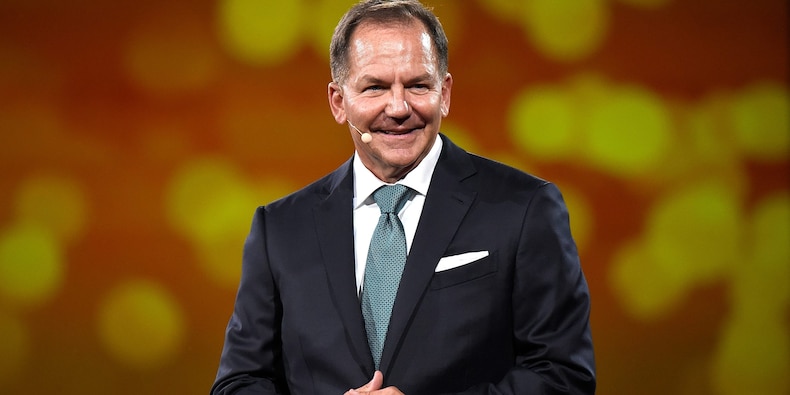 Bitcoin has plenty of room to run over the next 20 years, according to billionaire investor Paul Tudor Jones.

He told Yahoo Finance on Thursday that he expects every nation to use a digital currency in 20 years, and cryptocurrencies could trade like the metals market. While he said he’s “no expert on bitcoin,” he said it could be traded like a precious metal, while other cryptocurrencies trade like industrial metals.

The founder of Tudor Investment Corporation added that bitcoin will likely go “substantially higher” as adoption of digital currencies increases. Bitcoin hit a record high of $19,918 on Monday, and has surged over 150% in 2020. But Jones noted that its market capitalization is less than $500 billion, significantly lower than the $9 trillion market capitalization of gold, indicating there is significant room to run for bitcoin.

Read more: ‘I was really, really shocked’: Shark Tank investor Kevin O’Leary told us how a rude awakening during the pandemic led him to build a new investing app – and shared 2 concrete strategies for building wealth over time

He added that price speculation around bitcoin and lofty expectations of its potential remind him of how investors valued internet stocks in the dotcom era. While many of those stocks eventually crashed, a few went on to become “dominant players,” in the market, said Jones.

“Bitcoin reminds me so much of the internet stocks of 1999 because the internet was in its infancy. No one knew how to value it because of the world of possibility that lay ahead,” he said.

While the future of cryptocurrencies is still hazy, Jones is certain digital currencies are only headed upward, albeit with fluctuations along the way.

“I think crypto is going to have a crazy rocket ship ride up and down along the way,” to global adoption, said Jones.