According to a notice published on the People Bank of China’s (PBOC) official WeChat account, virtual currencies including Bitcoin can not be used in the Chinese economy as they are not considered “real currencies”. It added that financial institutions are not allowed to price products and services using cryptocurrencies.

Antoni Trenchev, managing partner and co-founder of Nexo in London, said it was “the latest chapter of China tightening the noose around crypto.”

China effectively banned internal “coin offerings” of cryptocurrencies back in 2017 which forced a lot of traders to exchange overseas.

Last month PBOC announced it was testing “digital yuan” in several regions as a way of monitoring the economy.

Much like the UK’s anticipated “Britcoin” the currency is controlled by China’s central bank as a new form of electronic money. 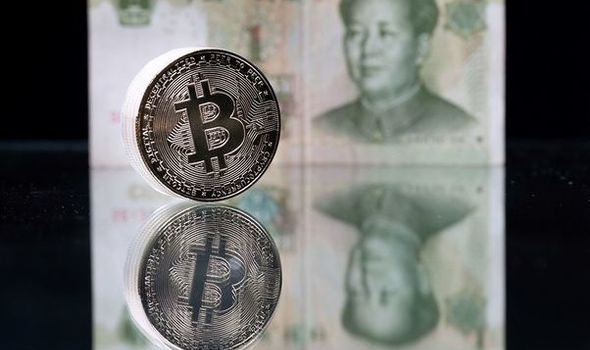 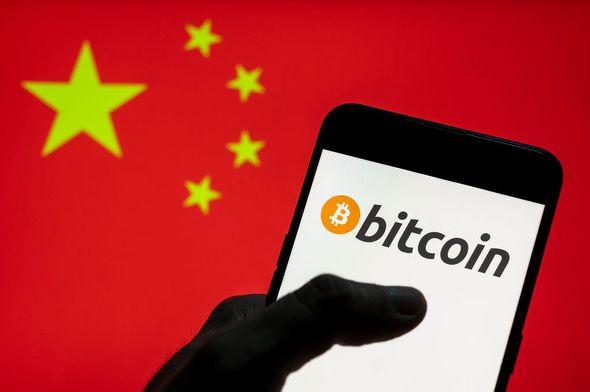 However, Kyle Bass, CIO of Hayman Capital Management said the new Chinese currency was a “Trojan horse” that could undermine the economies of the West.

Speaking to CNBC on Tuesday, he said: “I think China can force the adoption of their digital currency for trade and investment in China per se, unless the U.S. and the West outlaws it or basically disallows it.

“I believe the digital yuan is the largest threat to the West that we’ve faced in the last 30-40 years, and it’s because it allows China to actually get their claws into everyone in the West and allows them to potentially export their digital authoritarianism.” 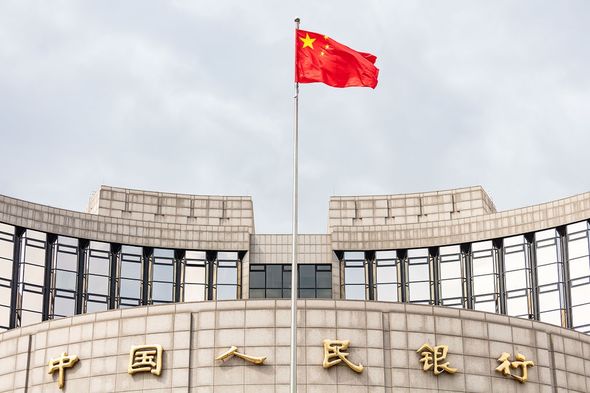 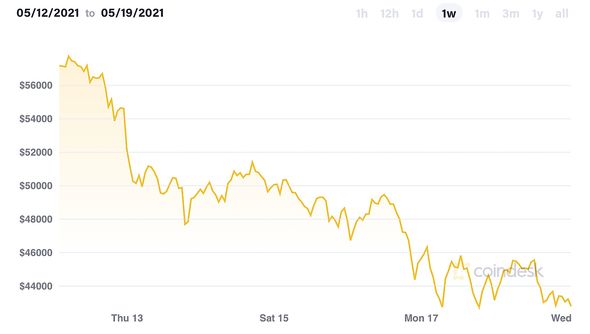 Those considering buying Bitcoin should consider the risks of investing in cryptocurrencies, which are notoriously volatile. Here in the UK, the Financial Conduct Authority (FCA) warned: “If you invest in cryptoassets, you should be prepared to lose all your money.”

Bitcoin’s recent price plunge has been attributed to Elon Musk pulling the plug on Tesla sales using the cryptocurrency over environmental fears.

It has been observed that Mr Musk’s musings on Twitter are usually followed by a rise or fall in Crypto prices, especially in Dogecoin in which Mr Musk has a particular interest.

Speaking on his decision to suspend vehicle purchases using Bitcoin, Mr Musk said: “We are concerned about rapidly increasing use of fossil fuels for Bitcoin mining and transactions, especially coal, which has the worst emissions of any fuel. 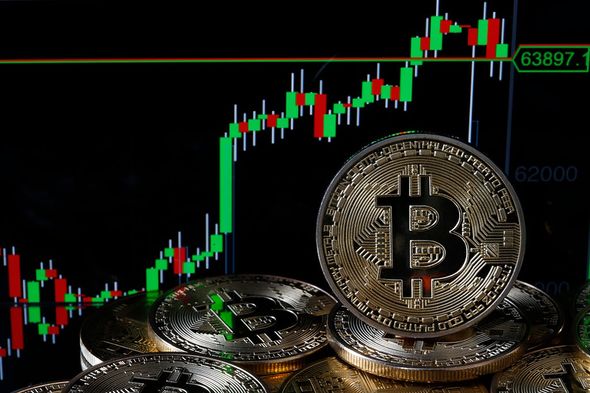 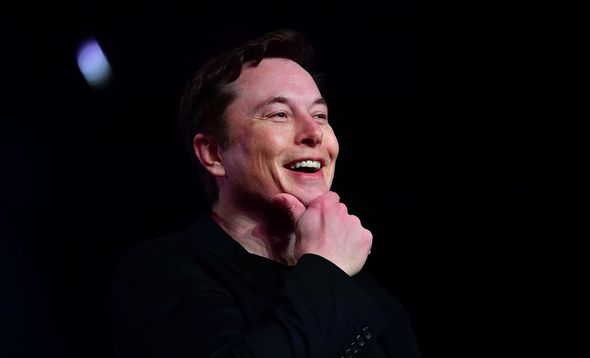 “Cryptocurrency is a good idea on many levels and we believe it has a promising future, but this cannot come at great cost to the environment.”

Tesla has previously purchased $1.5 billion worth of Bitcoin back in February and made over $100 million in profits when they offloaded 10% of the holdings in a test of the market’s liquidity.

Mr Musk added: “Tesla will not be selling any Bitcoin and we intend to use it for transactions as soon as mining transitions to more sustainable energy.”

Alongside Bitcoin, other cryptocurrencies including Ether and Dogecoin also saw a price drop.