At 6.59am GMT on Tuesday morning the flagship crypto dramatically surpassed $48,000 (£34,800) on the cryptocurrency markets. This historic high was perceived as a direct result of investors piling-in to take advantage of an almost-inevitable Elon Musk price spike.

However, the bitcoin price preceded to dip suddenly, before swiftly rallying again after midday.

Paolo Ardoino CTO of Bitfinex, believes Tesla – and indeed Elon Musk’s involvement – may represent a real tipping point for both bitcoin and cryptocurrency as a whole.

He said: “As bitcoin moves closer to $50,000, more corporations appear poised to embrace the world’s biggest cryptocurrency and add it to their balance sheets.

“All the stars may be aligning for bitcoin as mainstream adoption happens in real-time. 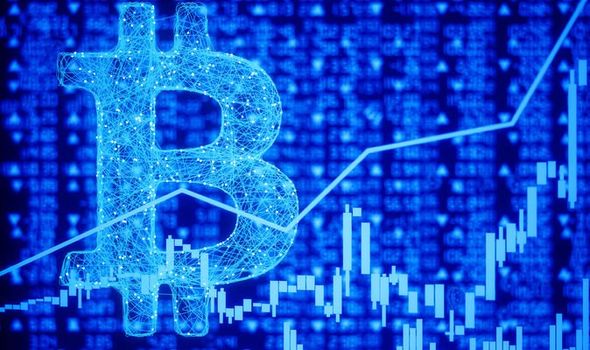 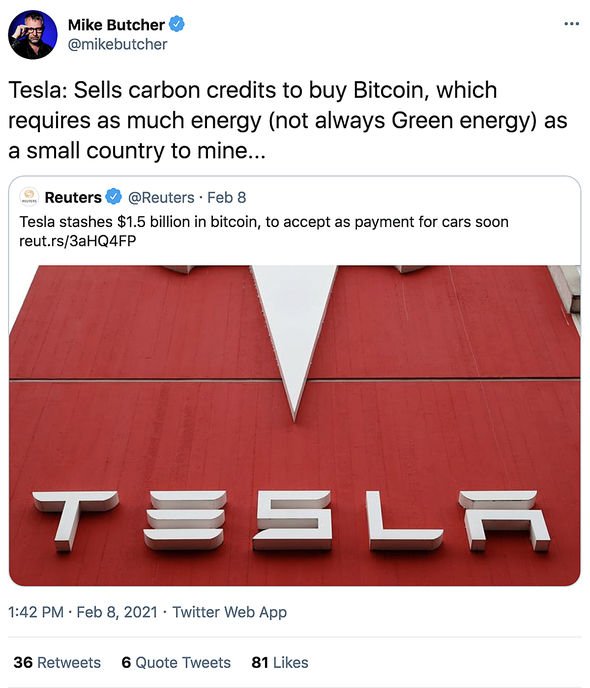 “Meanwhile, attention is turning towards who will be next to jump on the bitcoin train as the space evolves at a breakneck pace.”

And on top of this, the now-world’s richest man Elon Musk added how Tesla had made a heavy investment of its own in bitcoin.

Tesla revealed in its public filing the company would soon begin accepting bitcoin as a form of payment for its products. 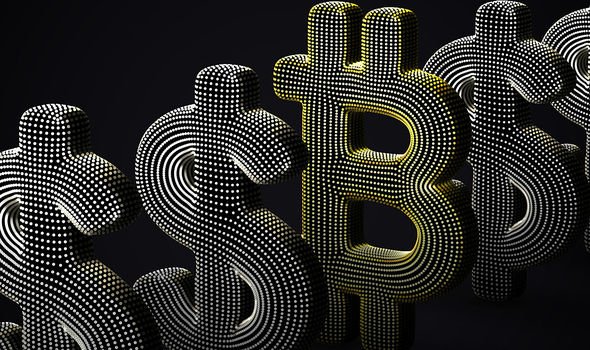 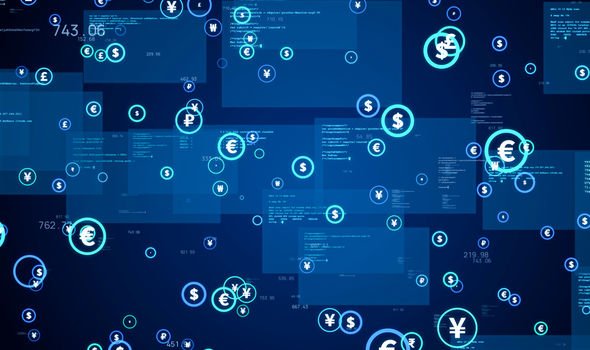 Tesla said: ”The prevalence of such assets is a relatively recent trend, and their long-term adoption by investors, consumers and businesses is unpredictable.

“Moreover, their lack of a physical form, their reliance on technology for their creation, existence and transactional validation and their decentralisation may subject their integrity to the threat of malicious attacks and technological obsolescence.”

Wedbush Securities analyst Dan Ives said in a research note, many may have been caught off guard by the news, spite much speculation.

He wrote: “While many on the Street have discussed the prospects of this move for Tesla, this morning’s news formalises the strategy of Musk and Tesla diving into the deep end of the pool of bitcoin and crypto.”

As Bitcoin’s price reached a new record this morning, Industry insiders are now predicting bitcoin’s price may hit $50,000 in the coming days.

“It seems like the bull rally is in full swing now, and nothing is going to stop the bitcoin price from touching the $50,000 price level.”

eToro cryptoasset analyst Simon Peters added: “With this kind of endorsement from a multi-billion dollar company, it’s likely the price will hit $50,000 by the end of the week.”

However, Mr Ardoino believes significant price volatility in cryptoassets, combined with the inherent difficulties of valuing cryptoassets reliably, places consumers at a high risk of losses.

He said: “Always do your own research and never trade with resources you are not prepared to lose entirely. 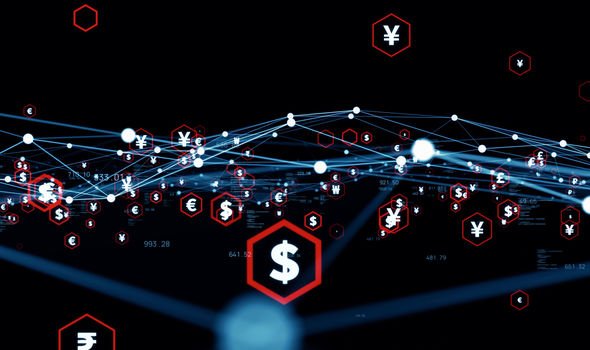 “Rather than succumb to FOMO, those new to the space should take the time to educate themselves about this amazing technology rather than seeking to speculate on it.”

Tesla’s $1.5bn investment came as Bank of England Governor Andrew Bailey also doubled-down on his scepticism about bitcoin and other digital currencies.

He told a committee of MPs yesterday bitcoin has “no intrinsic value at all”.

Mr Bailey said: “I’ve said a number of times, ‘Only buy bitcoin if you’re prepared to lose all your money.’