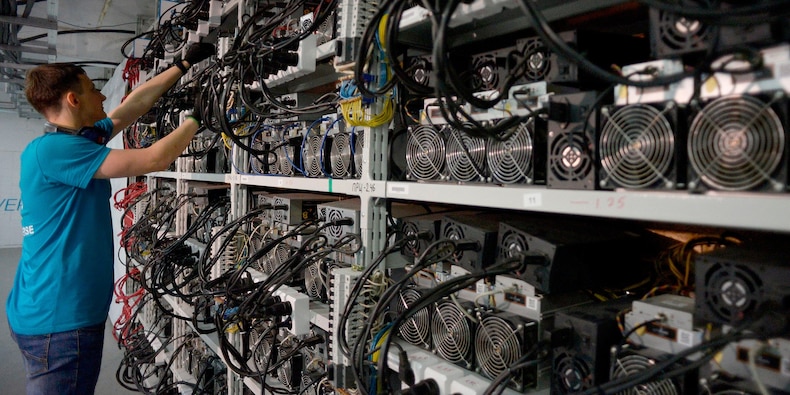 Environmental problems, a lack of real uses, and competition from other cryptocurrencies such as ether mean it's too early to see bitcoin as digital gold, Goldman Sachs has said.

Many crypto enthusiasts argue the world's biggest cryptocurrency is a store of value that can be used as a hedge against inflation and a safe haven at times of stress, like gold.

But Goldman's analysts, led by Jeffrey Currie, said in a note on Wednesday that bitcoin's position as a defensive asset is far from assured.

They noted bitcoin has recently stalled at a time when a renewed spike in coronavirus cases around the world has led investors to seek defensive holdings.

One problem bitcoin faces is that it struggles in the eyes of investors due to the huge amount of energy used in the digital mining process, Goldman said. Research from Cambridge University has shown that it uses more energy each year as Argentina.

Many of bitcoin's supporters dismiss concerns about its energy use, arguing that mining increasingly uses renewable energy.

Goldman's analysts also flagged the fact that bitcoin has given ground to other cryptocurrencies such as ether and altcoins. They said this competition adds to the risks around holding bitcoin.

The bank also said bitcoin's lack of use cases dented its appeal as a defensive asset. "Traditional long-term stores of value such as gold, art, diamonds, wine and collectibles all have value and use beyond being stores of value," the analysts said.

"Real use is important because it smooths the volatility of the price, as real demand adjusts to absorb swings in investment demand. It also means that the asset is unlikely to go to zero."

Bitcoin's lack of real uses and its weak environmental scoring "makes it vulnerable to losing store-of-value demand to another, better-designed cryptocurrency," they said.

"Therefore, we think it is too early for bitcoin to compete with gold for safe-haven demand and the two can coexist."

Despite questioning bitcoin's uses, Goldman recently reopened its crypto trading desk. It is one of many big institutions to be drawn in by the boom in cryptocurrency prices.