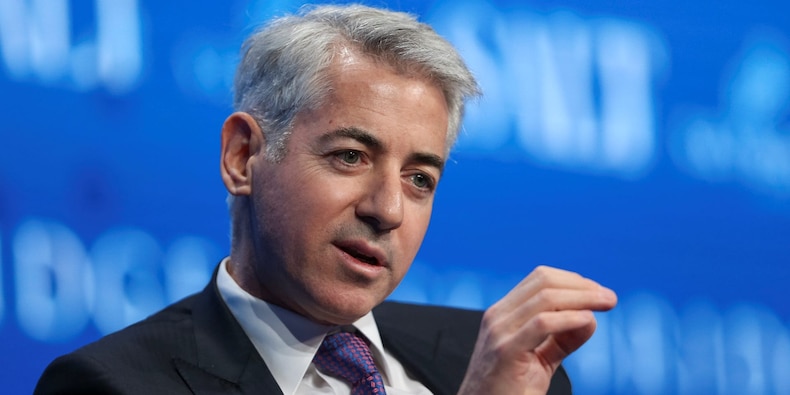 Billionaire investor Bill Ackman turned $27 million into $2.6 billion by insuring his hedge fund against a wave of corporate defaults earlier this year. The Pershing Square chief placed a similar bet — almost 30% of the original’s size — on Monday after news broke of a highly effective COVID-19 vaccine, he revealed at the Financial Times’ Dealmakers Conference on Tuesday.

“I hope we lose money on this next hedge,” Ackman said, according to the Financial Times. “What’s fascinating is the same bet we put on eight months ago is available on the same terms as if there had never been a fire and on the probability that the world is going to be fine.”

Ackman described the vaccine news as “bearish” during his keynote speech, the Financial Times said. He cautioned people could become nonchalant about wearing masks and might worry less about catching or spreading the virus with mass inoculation on the horizon.

Investors are underestimating the continued threat of the coronavirus, Ackman continued, warning of a tough few months before an economic recovery takes hold. The hedge-fund boss sounded the alarm on the pandemic back in March during an emotional CNBC interview.

Ackman’s winning idea in February was to buy credit-default swaps — which insure the buyer against an issuer defaulting — on investment-grade and high-yield bonds.

Pershing Square spent just $27 million on premiums for the hedges, which ballooned in value to $2.6 billion after the pandemic increased the odds of corporate defaults. The profits from the trade offset the blow to Pershing Square’s equity portfolio when markets tanked.

Read More: 8 world-class investors share how they’ve positioned to profit from the long-awaited COVID-19 vaccine breakthrough — and the bets they’ve been making all year on a post-pandemic world

Ackman and his team cashed out and decided to capitalize on depressed stock prices, plowing more than $2 billion of the windfall into Pershing Square’s portfolio companies by March 18.

The fund boosted its stakes in Warren Buffett’s Berkshire Hathaway — a position it exited a few months later — as well as Hilton, Lowe’s, and Burger King-parent Restaurant Brands, and also reinvested in Starbucks.

Pershing Square’s timing meant it benefited significantly from the subsequent market rally. The fund is up 44% this year as of October 31, according to its latest portfolio update.

Related News:
Business News:
China seizes £2.5billion of Bitcoin as Beijing set to ‘dominate’ future global economy
Pope Elevating 13 New Cardinals, Including America’s Wilton Gregory
Vista Equity Partners cofounder exits — BlackRock's direct indexing deal — Private-equity recruiting
New Los Angeles County Restrictions Will Kick In Monday As Daily Covid-19 Cases Top 4,500 For A Fifth Day
The best Kohl's Black Friday deals happening now, including steep discounts on Lego, Roomba, Keurig, and more
Recent Posts
This website uses cookies to improve your user experience and to provide you with advertisements that are relevant to your interests. By continuing to browse the site you are agreeing to our use of cookies.Ok