Creative Planning CEO and CIO Peter Mallouk reveals quality stocks that will eventually lead investors to victory and what he’s avoiding on “The Claman Countdown.”

Paul Volcker, the Federal Reserve chairman who led a ruthless crusade in the 1970s to crush inflation, triggering two recessions in the process, famously said that once higher prices get into the system, they are tough to get out.

Now, the U.S. economy is entering its second year of painfully high inflation. Despite an aggressive interest rate campaign by the Fed and its chairman, Jerome Powell, prices may be slow to normalize, according to David Rubenstein, the billionaire investor and co-founder of The Carlyle Group.

In an interview last week, Rubenstein told FOX Business that he expects inflation to ease slightly by the end of the year, with the consumer price index likely dropping between 2% and 4%, depending on the Russian war in Ukraine and oil output by OPEC and OPEC+.

"At the moment, I think it’s going to be difficult to get inflation to 3% or 4% by the end of this year," Rubenstein said. "It’s now running at a 6% to 8% range, and you’re asking people to reduce it by 50%. That’s tough to do, even with higher interest rates." 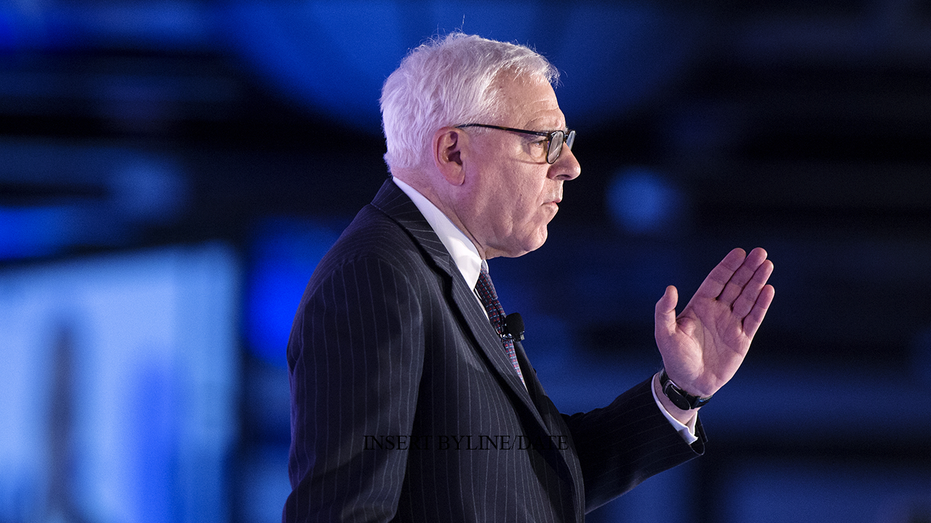 The torrid pace of inflation slowed ever so slightly in July, the government reported last month, with the consumer price index, a broad measure of the price for everyday goods that includes gasoline, groceries and rents, rising 8.5% a year ago. Although that is below the 9.1% year-over-year surge recorded in June, it's still near the highest level in four decades.

Fed policymakers have already approved four consecutive interest rate hikes — including two back-to-back 75-basis-point increases — and have signaled that they will continue lifting the federal funds rate until there is clear evidence that inflation has slowed, despite the moderation in July.

Investors have already priced in another supersized rate hike when officials meet on Sept. 20-21 and are betting that the magnitude of increases will slow to 25 basis points after that.

"If the Fed does that, I suspect inflation will probably get down somewhere around 5% or 6% but below that is pretty difficult," Rubenstein said.

The multibillionaire investor, who served in the Jimmy Carter administration, knows Powell from their days working at The Carlyle Group together. Powell was hired as a partner at Carlyle, one of the world's largest private equity firms with a massive $11 billion market cap, in the late 1990s before he was eventually nominated to the Federal Reserve Board of Governors.

As the U.S. central bank raises rates into restrictive territory, Rubenstein said the unemployment rate would likely rise from current levels. The jobless rate tumbled to 3.5% in July — matching a historic low recorded on the eve of the COVID-19 pandemic — but ticked up to 3.7% in August, mainly because more Americans are looking for work.

The question is whether the Fed can successfully engineer a "soft landing" as it tries to strike a delicate balance between taming inflation without tipping the economy into a recession and causing thousands of workers to lose their jobs.

"Historically, as you know, if the unemployment rate goes to 5% or 6%, therefore, you tend to reduce inflation," Rubenstein said. "Whether the Fed can orchestrate modest unemployment rise and not go into a recession, nobody really knows. I don’t know. No one knows."

The billionaire investor noted that, historically speaking, the Fed is more likely than not to induce a recession by raising rates so rapidly. However, if there is a downturn, Rubenstein expects it will likely be mild.

"I’m not counting on there being a recession, and I’m hoping that we don’t get into one," he said. "But if there were one, I suspect it would be more modest than anything we’ve seen in recent years."

There is a growing consensus on Wall Street that the Federal Reserve will trigger a recession as it battles inflation with higher interest rates.

Hiking interest rates tends to create higher consumer and business loan rates, which slows the economy by forcing employers to cut back on spending. Mortgage rates have nearly doubled from one year ago, and some credit card issuers have ratcheted up their rates to 20%.

There are already signs the economy is slowing: gross domestic product (GDP), the broadest measure of goods and services produced in the country, already fell for two straight quarters, with the economy shrinking by 1.6% from January to March and falling by another 0.6% in the period from April to June.

One estimate from RSM, an accounting and consulting firm, showed that the Fed could trigger the loss of roughly 5.3 million jobs if it tries to pump the brakes and bring inflation down to 2%, its target goal. Under that scenario, the unemployment rate would climb to 6.7%.

Powell has acknowledged that steeper borrowing costs could bring economic "pain" to households and businesses nationwide, but he has stressed that tackling the inflation crisis is far more imperative for the central bank.

"While higher interest rates, slower growth and softer labor market conditions will bring down inflation, they will also bring some pain to households and businesses," Powell said. "These are the unfortunate costs of reducing inflation. But a failure to restore price stability would mean far greater pain."