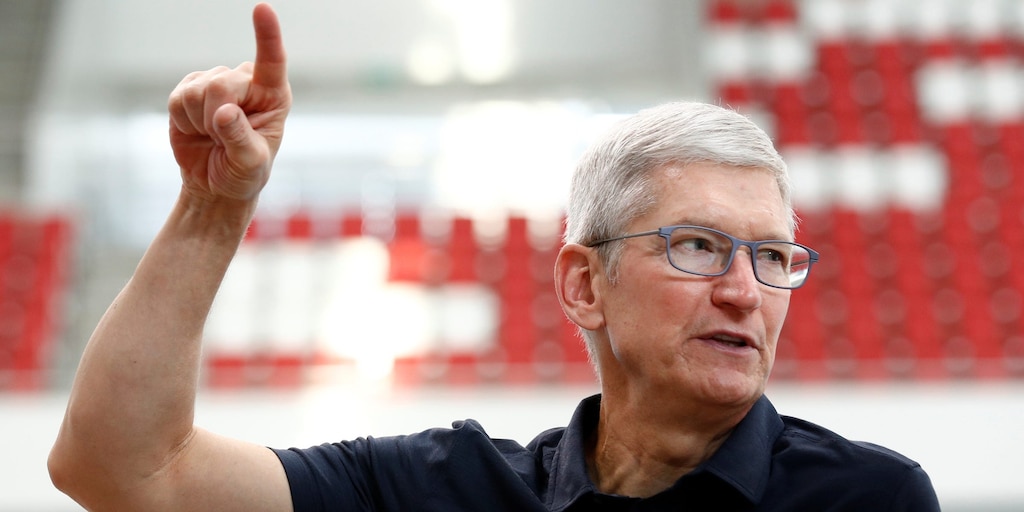 Apple will split its stock for the fifth time in its history, the iPhone maker said on Thursday after reporting strong earnings that beat analyst estimates.

Apple will enact a 4-for-1 split on August 24, meaning that every one share currently owned by an investor today will turn into four shares. At the same time, Apple’s stock price will be quartered, going from around $400 today to around $100 when the split is enacted.

Apple’s dividend will also be quartered to reflect that share change once the split goes through.

The stock split has zero impact on the fundamentals or market value of Apple. What the stock split does, according to Apple, is help the stock “appeal to a broader base of investors.” A lower stock price can make buying shares easier to stomach for investors, psychologically, at least.

Read more: Kewsong Lee just took full control of Carlyle. 20 insiders reveal how he’s already put his mark on the $221 billion private-equity giant — and what it means for the future of the firm.

Apple is doing the exact opposite of Amazon. Amazon has seen its stock price rocket to above $3,000, and has yet to split its stock. Some investors think that a higher stock price attracts longer-term investors and discourages shorter-term traders, effectively reducing volatility.

But with fractional share investing capabilities now available at nearly every brokerage firm, that thinking is likely obsolete. As is the thinking that a stock split would broaden the appeal of the stock to investors. Now anyone can invest as little as $5 into Apple or Amazon instead of having to commit to buying a full share.

One sizable impact the Apple stock split will have on the market is related to the Dow Jones industrial average, of which Apple is a member. The 30-company index is a price-weighted index, meaning that moves in the index are based on the dollar move in the stock price, not the percentage move as in other stock market indexes.

Because Apple’s stock price will decline from around $400 to around $100 once the split is enacted, moves in Apple shares will have less of an impact on moves in the Dow. Apple is currently the highest priced stock in the Dow, meaning that a move in Apple has the biggest impact on the move in the Dow.

Once Apple enacts its stock split, UnitedHealth will replace it as having the largest impact on the Dow Jones index.

Read more: Here are the 8 ‘long-lasting implications’ of the pandemic hedge-fund billionaire Seth Klarman lays out to investors in a new letter