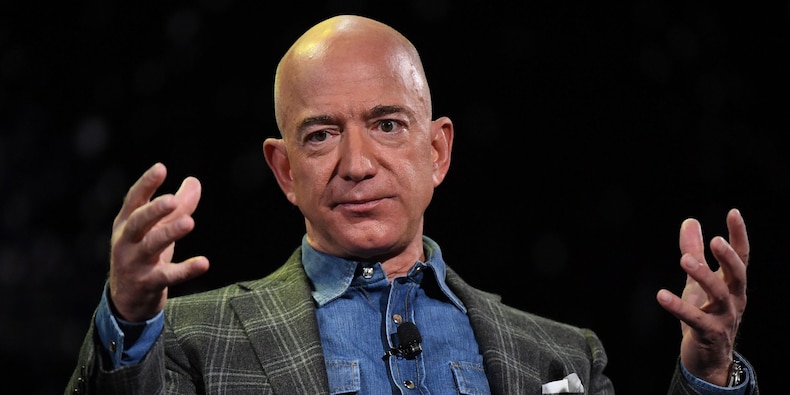 Amazon's shares rose 3% in pre-market trading on Friday after reporting first-quarter results that beat analyst expectations in its fourth record quarter in a row.

Investors were wondering if Amazon's growth would slow as economies re-open and shops return to business as usual, said Martin Garner, chief operating officer at analyst firm CCS Insight. But there was no sign of that, despite the lack of a Prime Day in the quarter to boost sales, he said.

Beating analyst estimates on both profits and sales and attracting 200 million Prime subscribers in April was a staggering feat for the company that is one of the biggest winners of the pandemic.

"Amazon Prime Video is now 10 years old and saw 175 million users during the last year, starting to get close to the numbers Netflix has achieved," Garner said. "Prime video is a key benefit for Prime members, and Amazon is continuing to invest heavily in original content as well as in sports rights to expand the catalogue."

The AWS cloud platform is 15 years old is now a $54 billion per year business, growing consistently at over 30% per year.

"After a slight slowdown in the pace of growth during the pandemic, in which troubled businesses offset increased adoption of cloud services, stronger growth has resumed," Garner said. "This is driven by an increased pace of digitalization across most sectors and by some badly hit sectors starting to build their business back up."

Adam Vettese, analyst at multi-asset investment platform eToro, said Amazon's shares are poised to break to a new all-time high at Friday's US market open, according to current indications.

"The move certainly looks justified given the company's results overnight, and it appears to be a question of when, and not if, it becomes a $2 trillion company," he said. "Even as founder and CEO, Jeff Bezos prepares to hand over the reins to Andy Jassy, the guidance from Amazon remained solid, with its core business – as well as its giant cloud service arm AWS – all projected to continue to grow. With the grocery market its next big target, the sky is still the limit for this business."