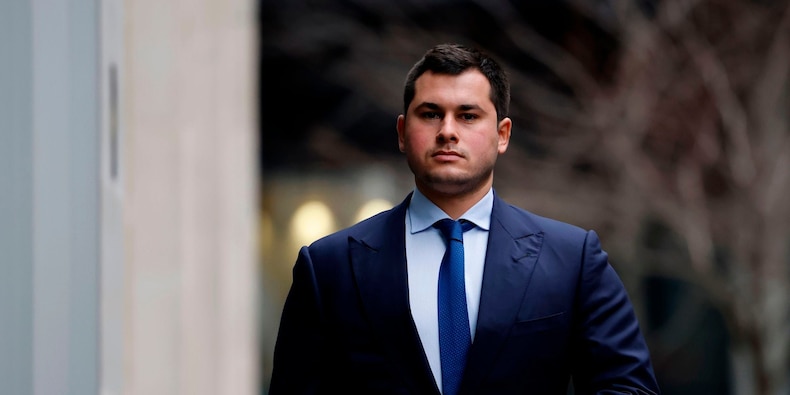 Temur Akhmedov, the son of billionaire Farkhad Akhmedov, told a London court he hadn’t been hiding the sum from his mother, and that the cash was instead lost through the trades. Temur has been accused by his mother, Tatiana Akhmedova, of helping his father avoid making a 450 million-pound ($603 million) divorce payment. Farkhad has so far refused to pay the sum.

Temur has argued that Tatiana was aware of the trading losses and that she even supported him after the bets went sour. Tatiana instead accused her son of conspiring with his father in hiding assets as early as September 2015. She is seeking nearly 70 million pounds ($93.8 million) from Temur.

Tatiana said in Monday testimony that “day-trading equals gambling.” She previously told the court that Temur “played an active role in siding with my ex about the divorce and trying to hide assets.”

Temur’s legal team has said that the size of the son’s losses is unimportant, and that wealthy families often “lavish their children with unimaginable sums.”

Temur’s trades weren’t always losing ones. The London School of Economics student said he first made a profit trading stocks before sliding into losses. He then tried to rebound with riskier bets, but the positions burned the rest of his balance, according to Bloomberg.

Tatiana’s lawsuit joins divorce cases in at least six countries. She was awarded 41.5% of Farkhad’s fortune in 2016, but the oligarch has refused to pay, arguing the two had divorced 20 years prior.