Amazon Web Services was the cloud-industry pioneer and had a years-long headstart in the market. While competitors Microsoft and Google are becoming more formidable, it still dominates today.

Amazon Web Services carried 45% market share last year, according to Gartner, and reported a whopping $11.6 billion in revenue in its third quarter.

Still, as Microsoft and Google are gaining market share, AWS leaders need to look ahead in order to spot the trends that will help the company maintain its lead. Business Insider spoke to eight top AWS executives about what advances they're predicting for the cloud computing industry and, in some cases, how the company is trying to harness them.

Here's what eight top Amazon Web Services executives say will be the biggest trends in cloud computing in 2021 and beyond: 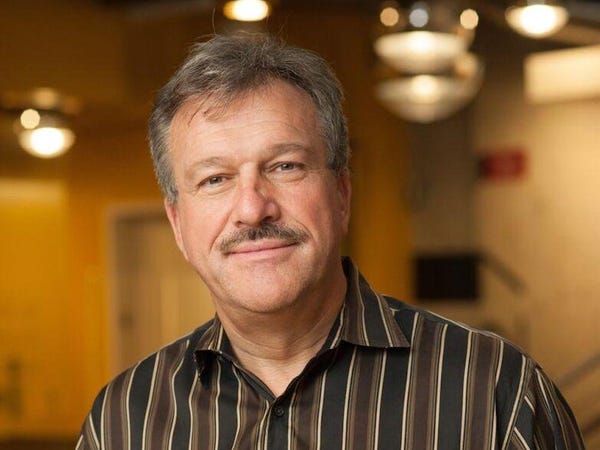 Edge computing essentially refers to the having more data processing happen locally, on a device, instead of offsite in the cloud.

Take a bank, for example, which previously would operate a data center, to which all of its branches and ATM network connect. Now, the cloud is likely the bank's primary compute center, with data processing increasingly happening within the individual ATMs.

Then add in 5G, the next-generation wireless technology, which is expected to be much faster than the current 4G LTE standard.

"When we all get a 5G phone, it's going to make the current phone look like horse and cart, McCann said. "Just the amount of data and the speed with which we move data to the phone is going to be phenomenal.

The next wave of computing is all going to be about cloud with 5G edge," McCann said. "An example of that: You and I are going to be walking around in a couple years' time with sensors in our clothing and your skin temperature, your blood sugar, everything about your health is going to be on your doctor's panel when he or she walks into the office."

The decreasing price of computing services will lead a more companies to move to the cloud, said David Brown, vice president of AWS Elastic Compute Cloud, or EC2. 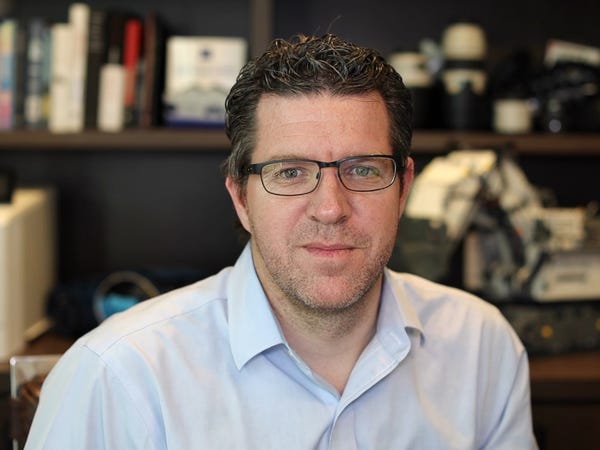 It will be key for providers to keep rolling out technology that can help lower the price of cloud computing services, Brown said.

"Specifically in compute, I think it's going to be (and it continues to be) about being able to offer the very best performance at the lowest price for the customer," Brown said. "That's the thing that really matters for them. Right?"

Brown says that AWS can "lower the cost in the cloud by 40%" thanks to its Graviton Processor — and finding new ways to lower the price will be key to drive increased cloud adoption.

"When you talk to a customer that has a data center today, many of them will look at the cloud and say, 'You know what? We think we can do a better job of hosting our own data center and managing our own data center than maybe a cloud provider can do.' And very often, they'll say, "Hey, this is something about what we do that we think is a core competency for us, or speciality in the way that we do it.

When you're able to lower the cost in the cloud by 40%, it suddenly becomes a different equation. That is now really, really competitive with anything that most customers could do on their own in their own data center. And so really being able to provide access to the very best compute in the world, at a price that is just continuously decreasing, I think is incredibly exciting."

Even the boring will be reimagined, Miriam McLemore, director of AWS enterprise strategy, said. 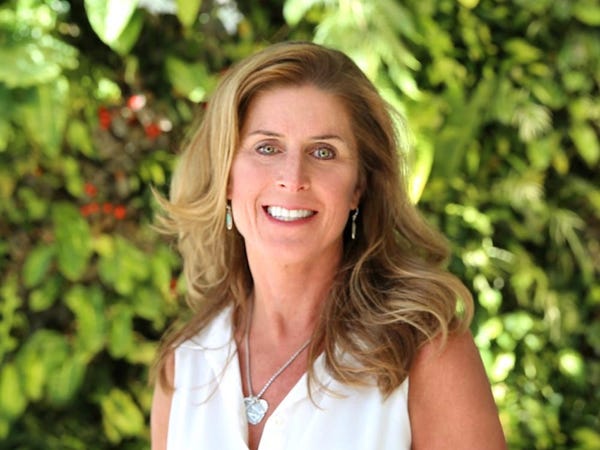 "Even the boring stuff is being reimagined," McLemore said.

Cloud computing companies have huge opportunities in reimagining industries, like using sensors in manufacturing or contactless applications in travel and hospitality.

For example, people may have thought call centers were boring and not worthy of much investment, but Amazon's Connect service for call centers has dramatically improved the experience.

"It makes such a difference when you make a phone call and they know who the heck you are," she said, "Know what you actually ordered."

While she's also bullish on emerging technologies creating new areas of focus, the "boring stuff" has plenty of room left to change, too.

"We see built-in collaboration being an important part of applications in the future," Larry Augustin, vice president of AWS applications, said. 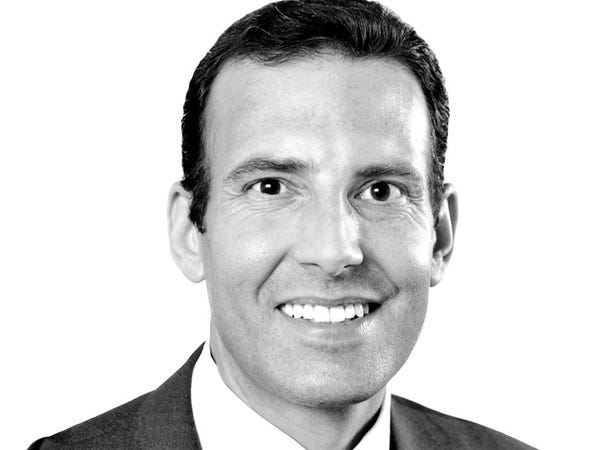 While companies like Zoom, Slack, and Microsoft Teams sell communication software meant to be used, as-is, by corporate workers, AWS is increasingly pivoting its lesser-known service Chime to be used as a software development kit to help customers build audio, video, and screen sharing capabilities into their own products.

"We see built-in collaboration being an important part of applications in the future," Augustin said. Vendors will "build communication more and more into the app so that people are able to communicate and collaborate within their existing workflow and not escape out and do collaboration as something separate."

Amazon is also watching application trends including the pivot from enterprise applications that help employees record the work they've done into tools that actually help them do the job. An example, he said, is the Amazon Connect Wisdom service which can help call center agents use natural language queries to make it easy to find answers to customer questions.

"Another trend we see — and I promise you, it's not just driven by what we've seen with the pandemic, but the general idea that the way people work has changed — is we want to enable work from anywhere at different times, different places," he said. 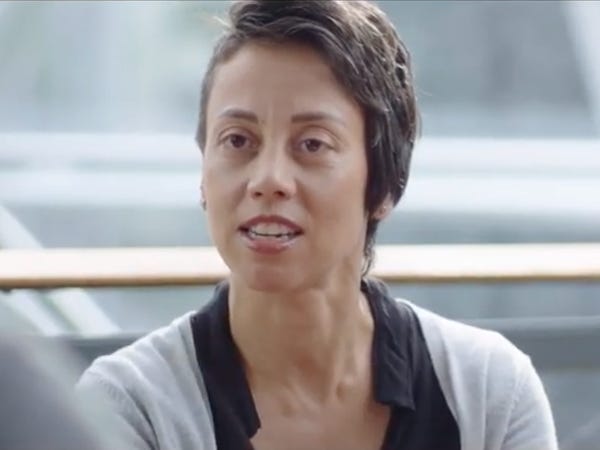 Customers are increasingly putting their data sets into what is known as "data lakes," which refers to a way of storing data in a raw form until it's needed, Buckovec said.

With data lakes, users can store different kinds of data, including audio recordings, transaction logs, and more — and then gather insights from these various sets that can then be used in other applications.

"Very different data sets are coming together in a cloud data lake that you've never seen before," Buckovec said. "The type of innovation and the type of applications that are now being built on that shared data set are super interesting." 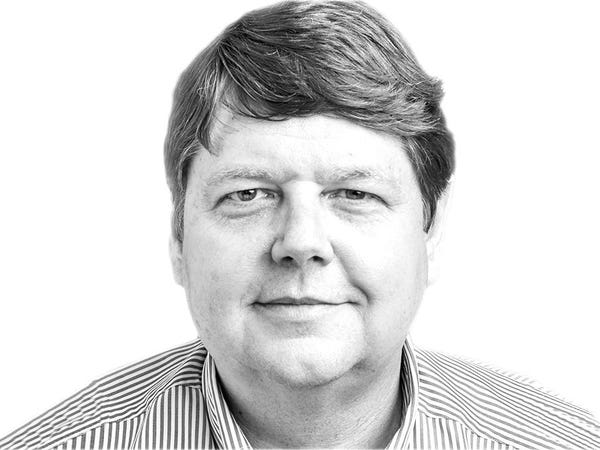 There are three major trends that Vass is paying close attention to:

First, he expects that more companies will adopt serverless computing, a new cloud strategy where an application can spin up the appropriate amount of computing capacity for as long as it needs it, and vanish it when the task is done. With serverless, customers only pay for how much computing time they use, down to the millisecond.

Second, Vass expects machine learning to continue to seep into everything, with new use cases.

Finally, he expects more companies to invest in connected devices:

"Connected devices are going up in a massive amount," Vass told Business Insider. "Everything is connected now."

Vast amounts of data will drive even more companies to the cloud, says Bratin Saha, vice president and general manager for machine learning services at AWS. 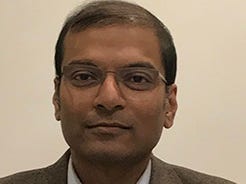 Companies are now collecting and taking advantage of larger amounts of data than ever, says Bratin Saha, vice president and general manager for machine learning services at AWS, spurring them to turn to cloud services to help with processing that data with database, analytics, and AI services. 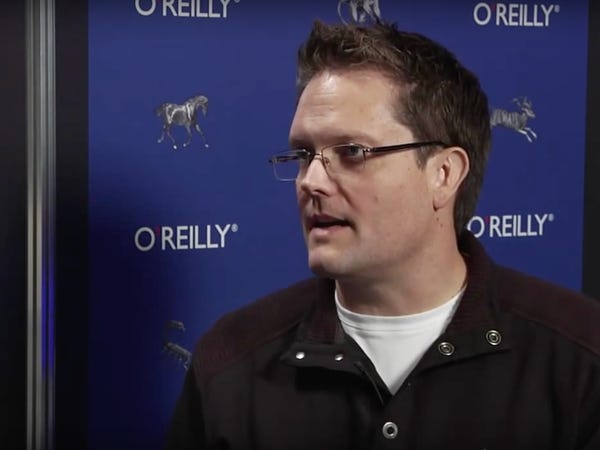 "One of the big things we've learned from early cloud adopters is — as it relates to data — there's no such thing as one-size-fits-all," Bice told Business Insider. "This idea of a single database that supports every application use case you can think of, that is not the world we live in any more."

There's now multiple types of databases, which customers choose between depending on the kind of application they're building and what specific tools they need.

Customers increasingly want to move from managing their own databases to using data services that are fully managed, he said. This helps them cut time and costs so that they can focus more on building their own products, rather than worrying about the databases they use.